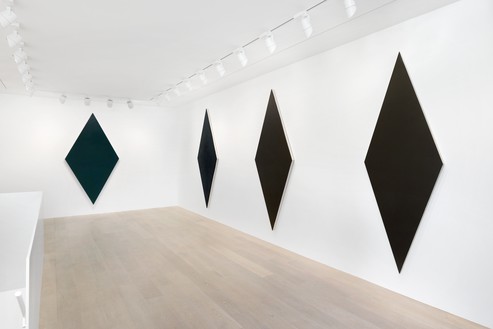 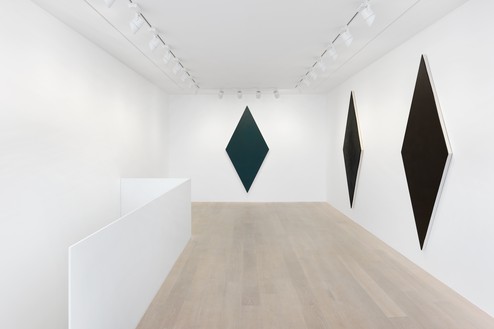 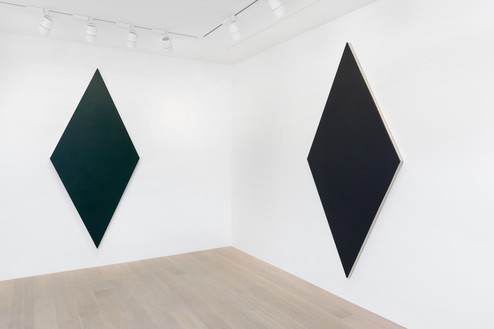 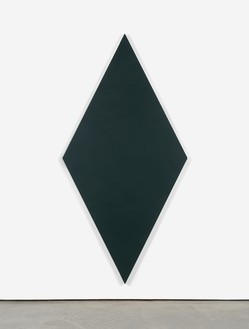 A painting doesn’t have to say that it’s art. There is a kind of silence to it, which is interesting to me.
—Olivier Mosset

Gagosian is pleased to present new paintings by Olivier Mosset. This is his first solo exhibition with the gallery, and the first time his work has been shown in Geneva since 2007.

Over the past half century, Mosset has honed a visual language that channels Minimalist and Abstract Expressionist strategies while pursuing an irreverent, self-referential agenda. Often repeating motifs and colors across multiple large canvases, he consciously suppresses subjectivity, symbolism, and metaphor in an abstract practice that acknowledges but rejects the dialectical narrative of painting.

In the 1960s, Mosset—along with Daniel Buren, Michel Parmentier, and Niele Toroni—cofounded the Paris-based Minimalist collective BMPT as a response to the modernist ideal of “pure painting.” Seeking to distance the act of artistic creation from its final product, Mosset developed a crisp, deliberately mechanical visual style. He also often collaborated on paintings with the other three members of BMPT, thereby subverting the traditional authority of an artist’s identity and signature.

During this early part of his career, Mosset began working in monochrome palettes and exploring the idea of the multiple as a both concrete and conceptual marker of the infinite. Between 1966 and 1974, he produced more than two hundred identical paintings, each consisting of a perfectly round black circle in the center of a square white canvas. This series of “zero degree paintings” exemplified BMPT’s groundbreaking inquiry into artistic individualism and the physical processes of image making.

After he relocated to New York in 1978, Mosset’s monochrome canvases became a key influence on the Neo-Geo tendency that emerged there in the late 1980s. Maintaining an engagement with concerns peculiar to painting, and applying a profound understanding of the physical and psychological impact of color, he continues to engage critically with art’s institutions and conventions.

For this exhibition, Mosset returns to Switzerland with a suite of new large-scale paintings that further explore the material heft and sensory impact of hard-edge Minimalism. The four canvases on view in Geneva are identical in shape and size, each taking the form of a vertical diamond almost two and a half meters in height and over a meter wide. The works reward intense scrutiny; at first, all four compositions appear to be painted solid black, yet a closer look reveals almost imperceptibly subtle tonal variations between one work and the next: one diamond is painted in a reddish-black; another, with shades of blue; a third, green; and a fourth, yellow. Mosset also leaves his canvases’ edges bare, as if seeking to separate the surface coat of paint from the object status of its support.

Ultimately, Mosset operates under a conceptual dichotomy, inviting viewers to contemplate the physical essence of the artistic process while also stepping back to reflect on the function of art objects in relation to one another, and to their broader physical and ideational contexts. 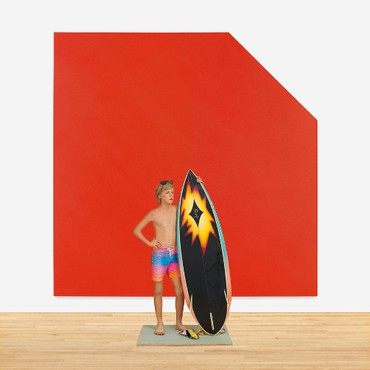 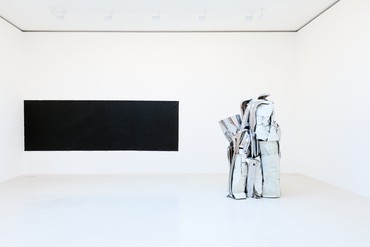 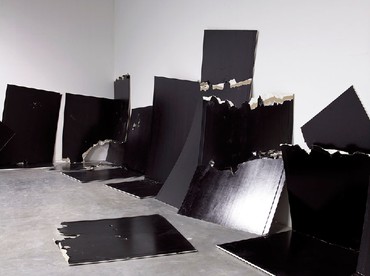