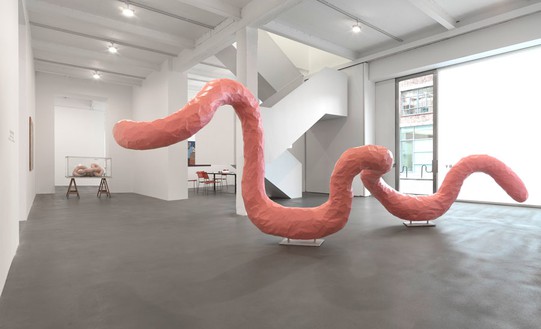 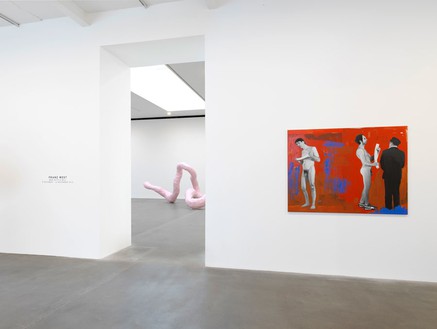 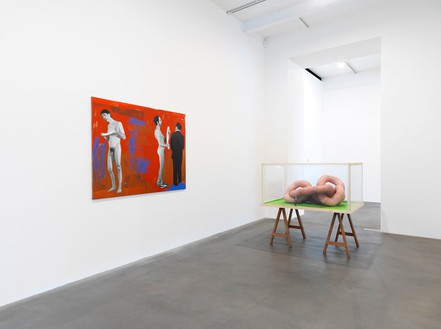 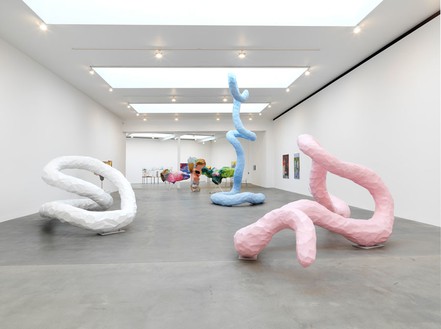 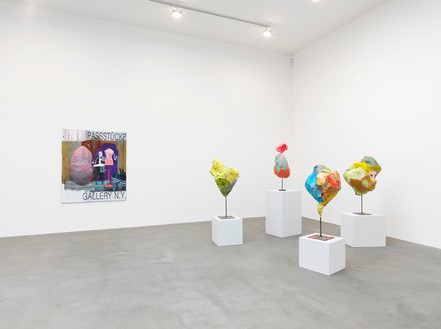 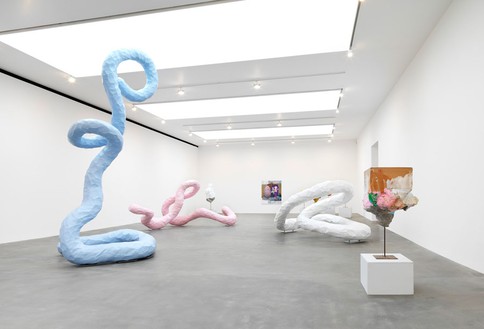 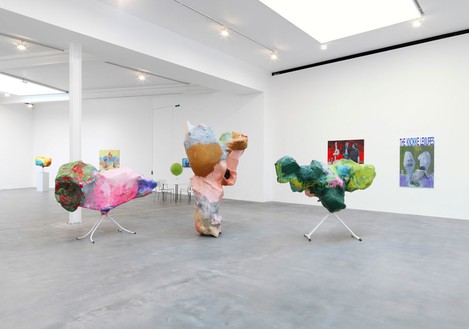 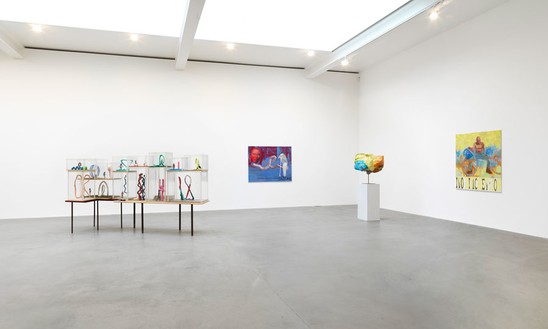 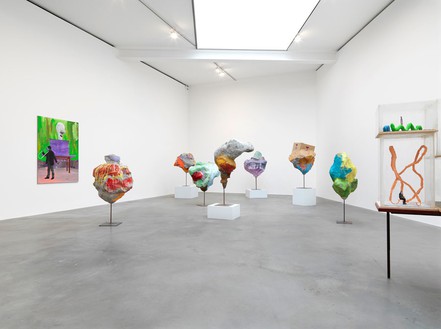 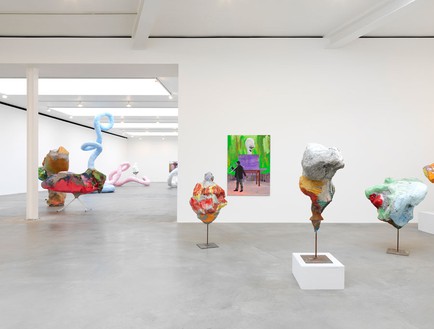 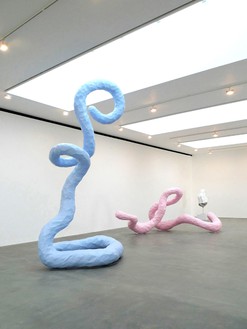 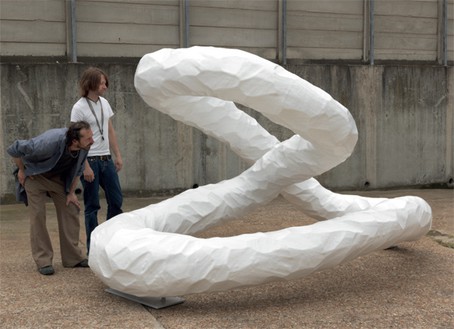 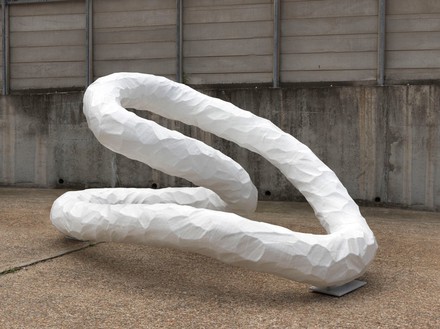 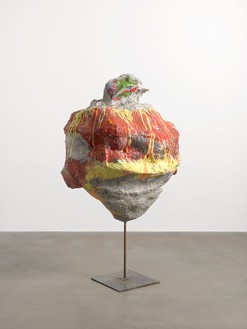 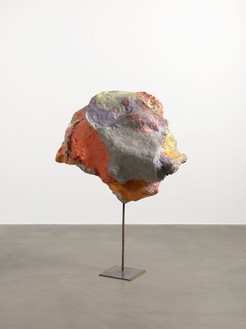 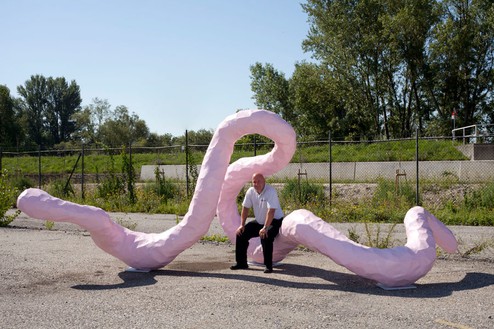 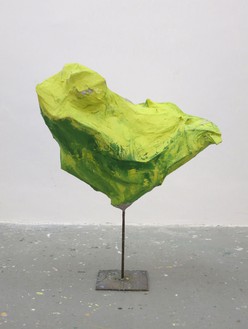 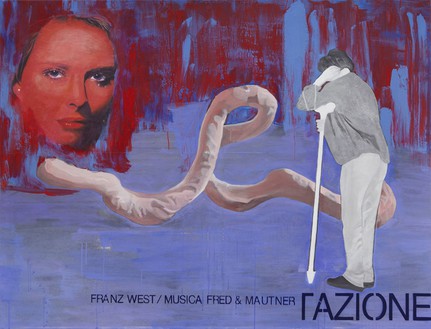 Gagosian Gallery is pleased to announce a major sculpture exhibition by the late Franz West. West was actively engaged with the preparation of this exhibition up until his untimely death earlier this summer.

Belonging to the generation of artists exposed to Actionist and Performance Art of the 1960s and 70s, West instinctively rejected the traditionally passive nature of the relationship between artwork and viewer. Being equally opposed to the physical ordeal and existential intensity insisted upon by his performative forbears, he made work that was vigorous and imposing yet free and light-hearted, where form and function were roughly compatible rather than mutually exclusive. In the seventies, he produced the first of the small, portable, mixed media sculptures called Adaptives (Passstücke). These "ergonomically inclined" objects become complete as artworks only when the viewer holds, wears, carries or performs with them. Transposing the knowledge gained with these formative works, he explored sculpture increasingly in terms of an ongoing dialogue of actions and reactions between viewers and objects in any given exhibition space, while probing the internal aesthetic relations between sculpture and painting.

Ever more daring and imaginative configurations resulted, and the freshness and immediacy of his aesthetic approach made him a favorite of the contemporary exhibition circuit. In a stream of sculptural situations, each one more distinctive and unforgettable than the next, he transformed public spaces into sociable aesthetic environments while his furniture designs and subversive collages further challenged the boundaries between art and life.

In a forest of standing sculptures the size of small people, West's persistent irreverence with the principles of classical sculpture is evident. Lumpen totems, built from papier-mâché, polystyrene, and the odd cardboard box, are splashed, smeared, brushed, and dribbled every which way with bright clashes of paint. They have immense and individualistic personalities, like exotic meteorites come to land. Each one is fashioned into a top-heavy form teetering on a spindly stem, a sculptural formula in which contingency and equilibrium grapple to improbable effect.

In contrast with these sculptures, four immense fiberglass assemblages for indoor or outdoor placement suggest the patchworked manufacture of old Lockheed aircraft. But their sugar-almond tones and goofy, cartoonish shapes, which coil skyward or snake along the ground—such as the jokey three-dimensional extrusion of Ludwig Wittgenstein's signature—parody both the streamlined forms of industrialized objects and the bombastic nature of much public sculpture.

In a large vitrine of “models,” diminutive cardboard human figures appear together with West's own maquettes for large-scale sculptural projects, both past and future. A Kunstkammer of sorts, it presents a realized conception of bodies interacting directly with art objects, while rejecting the traditionally passive relationship between artwork and audience. Completing the mis-en-scène of this exhibition are West’s distinctive collages, which combine sketchily overpainted advertisements and magazine pages manipulated to absurdist effect, one of which provided the charming and evocative title for the exhibition—of a man immortalized at play.

The exhibition has been prepared in close collaboration with the Franz West Privatstiftung.

The accompanying exhibition catalogue includes the account of a visit over time to West's studio by Matthias Goldmann, as well as a tribute in images to the generous exuberance and breadth of West's inimitable oeuvre.

Franz West was born in Vienna in 1947 and studied at the Academy of Applied Arts, Vienna. He died in Vienna in July of this year. West's work has been a fixture in countless international survey exhibitions such as Documenta and Biennales all over the world, and it is included in major public collections including Centre Pompidou, Paris; Museum Ludwig, Cologne, the Museum of Modern Art, New York; and MAXXI, Rome. Recent solo exhibitions include “We’ll Not Carry Coals,” Kunsthaus Bregenz, Austria (2003); “Recent Sculptures”, Lincoln Center, New York (2004); Vancouver Art Gallery (2005); MAK, Vienna (2008); “To Build A House You Start with the Roof: Work, 1972–2008,” Baltimore Museum of Art (2008–09, traveled to Los Angeles County Museum of Art in 2009); and “Franz West: Autotheater,” Museum Ludwig, Cologne (2010, traveled to MADRE, Naples and Universalmuseum, Graz, Austria in 2010–11). 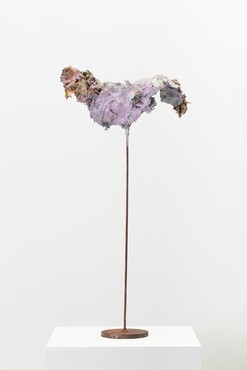 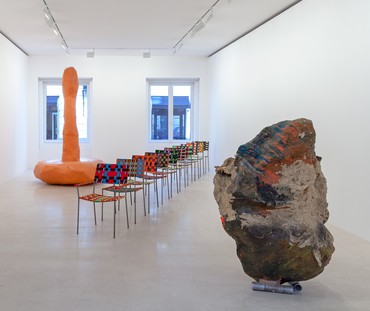 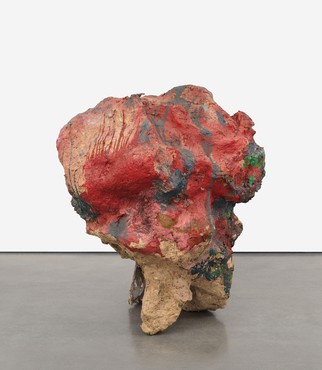 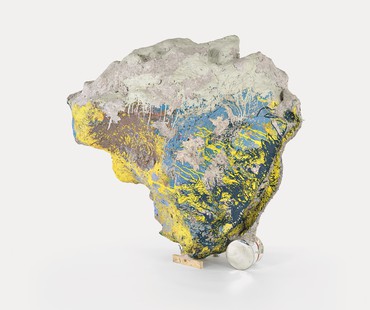