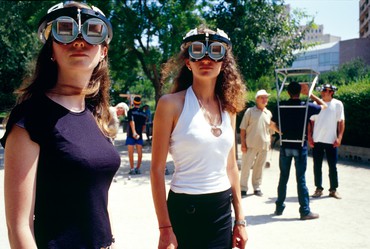 Carsten Höller’s work aims to involve its viewers both physically and mentally, often arriving at an intersection between play, science, and art. In Behaviour, visitors experience contact with artwork that enables disruption or transformation of the way they view their surroundings via light, sound, smell, mirror images, and other means. 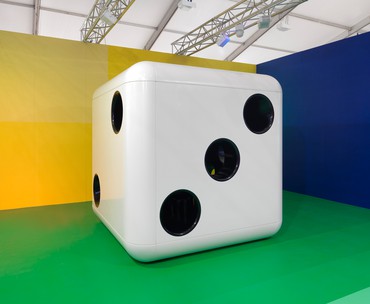 In this exhibition Carsten Höller examines the theme of reproduction, adopting an approach that is at once scientific and artistic. The museum is transformed into a large, biology-based playscape where, for example, the visitors are encouraged to crawl through the pips of a die, and where slow-moving merry-go-rounds and corridors of mirrors affect their sensory perceptions. 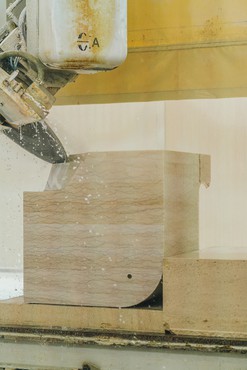 Expanded features three newly commissioned works in stone by Marina Abramović, Carsten Höller, and Julião Sarmento. Höller presents a large-scale die made of Portuguese limestone based on his 2014 sculpture Dice (White Body, Black Dots). The exhibition is part of Primeira Pedra (First Stone), an experimental international research program that explores the potential of Portuguese stone. The project is managed by experimentadesign and cofunded by the EU. 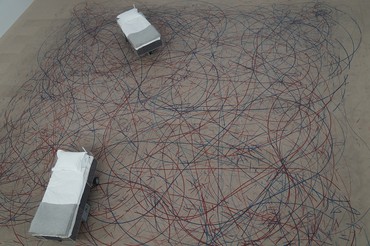 For his premier solo show in Central America, Carsten Höller is presenting a number of new playful and experimental installations, as well as some of his better-known works. Visitors are invited to stay overnight and roam the exhibition space in one of the artist’s robotic twin beds Two Roaming Beds (Grey) (2015). 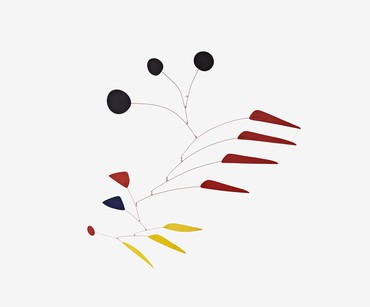 Action<–>Reaction: 100 Years of Kinetic Art covers a wide range of kinetic art and offers visitors an opportunity to experience work that appeals to all of the senses. The exhibition is a revival of the successful 2013 Paris exhibition Dynamo. Work by Alexander Calder, Marcel Duchamp, and Carsten Höller is included. 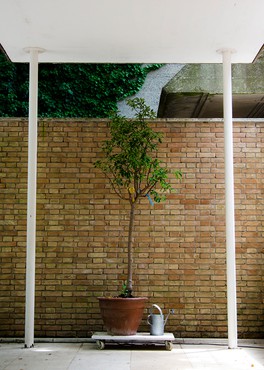 Artists and works of art from different geographical areas shape a contemporary “forest” where a combination of nature and culture is investigated. Work by Carsten Höller is included.

Carsten Höller and plant neurobiologist Stefano Mancuso are collaborating on
The Florence Experiment, which enables the pair to study the interaction between human beings and plants. Visitors may participate in two very different experiments, the first entailing a descent down a sixty-five-foot slide and the second involving carefully curated screenings in two special cinemas. The feelings of excitement, surprise, amusement, and fear experienced by the participants will be compared with the growth and reactions of various kinds of plants in order to study the empathy between plant organisms and human beings. 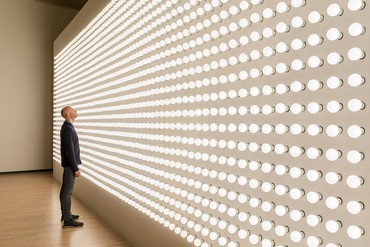 Spanning the Light and Space movement of the late 1960s to contemporary performances and workshops, this exhibition features a great variety of immersive practices, which dissolve categories of viewer and work and diminish the distance between subject and object. Work by Lucio Fontana and Carsten Höller is included. 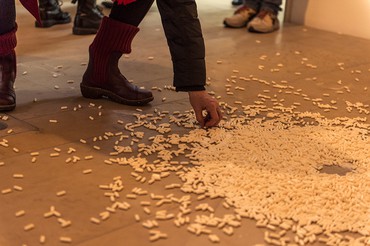 People have always consumed substances for purposes other than nutrition—for medical reasons, to experience ecstasy, to expand their consciousness, in religious rituals, for self-optimization, and out of boredom. This exhibition presents artists who address the topic through photography, video, objects, installation art, and performances. Work by Carsten Höller is included. 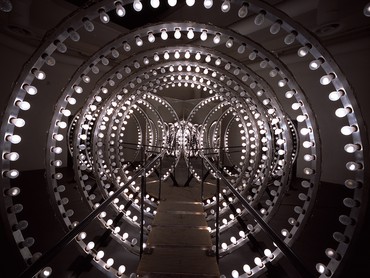 This exhibition, curated by Vicente Todolí and Udo Kittelmann, marks Carsten Höller’s first show in Spain and the debut show for the Centro Botín, designed by Renzo Piano. The show features new works alongside a selection of well-known projects, some specially restaged for the Centro Botín, including Elevator Bed (2010). Separately, Höller has created a new site-specific light installation for the Pereda Gardens, which is active from sunset to sunrise. 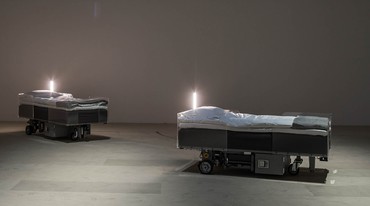 Through a series of experimental installations and sculptures, treatment seekers can float, slide, and fly through the Sanatorium. Roaming robot-beds offer visitors the chance to check in and spend the night for a private session. 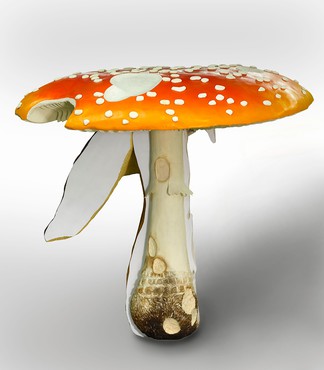 Infinite Garden
From Giverny to the Amazon

Featuring some three hundred works from the late nineteenth century to the present day, this exhibition explores fantastical representations of gardens and nature, focusing on the experimental, the obscure, the chaotic, and the unpredictable. Work by Lucio Fontana and Carsten Höller is included. 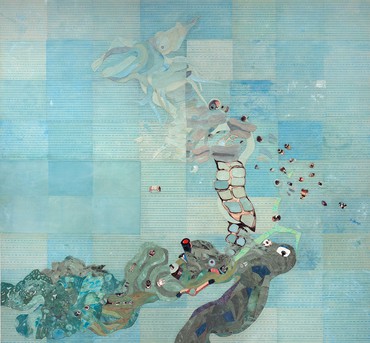 To mark its tenth anniversary, Wiels presents a large-scale exhibition across three venues. The show outlines a substantive framework for a possible future museum of contemporary art in the capital of Europe. The exhibition is both a look backward at the journey that Wiels has made so far and an exploration of its future development. Works by Ellen Gallagher and Carsten Höller are on view. 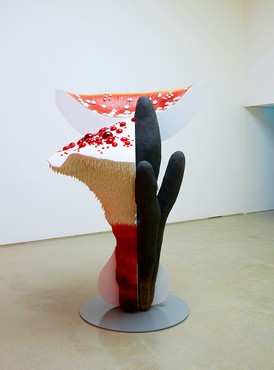 Curated by Nicolas Bourriaud, the exhibition focuses on contemporary artists who illustrate parallel worlds, and on growing trends in animalism and transhumanism.