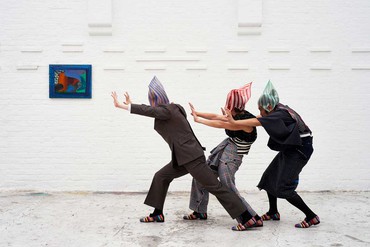 Hodgkin & Creed
Inside Out

Inside Out finds a series of relationships that take us beyond a lyrical reading of Howard Hodgkin’s paintings and radically rethinks his oeuvre. At the same time, the exhibition approaches Martin Creed’s Minimalist work through Hodgkin’s expressionism, drawing on a number of themes including: Minimalist seriality, concepts around objects and language, emotional reparation, the performative body (with its relation to time), and the work of art itself. 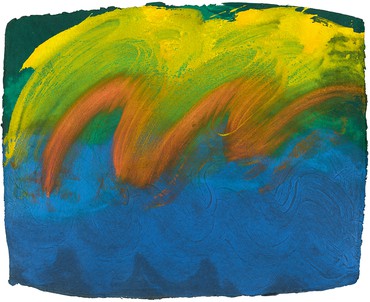 This unique exhibition celebrates the artist’s love affair with India, which he visited for the first time in 1964. The trip was a revelation, and he returned almost every year thereafter. This exhibition features a range of Hodgkin’s Indian-themed works on paper, including gouache paintings, editioned prints, and hand-colored impressions made over half a century. 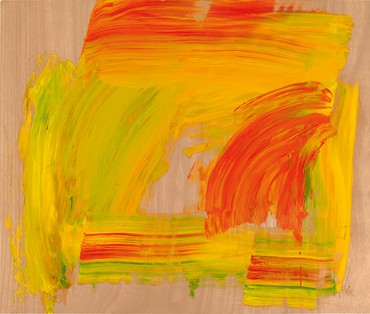 The Hepworth Wakefield stages the first comprehensive exhibition to explore the enduring influence of India on Hodgkin’s work, a place the artist returned to almost annually following his first trip there in 1964. On display are more than thirty-five works, rarely seen photographs from his personal archive, and journals Hodgkin kept documenting his journeys in India. 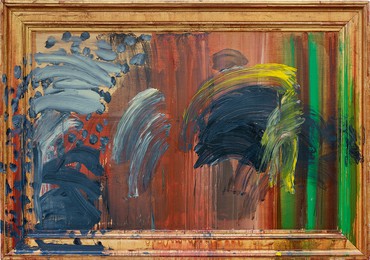 Hodgkin’s paintings are characterized by rich color, complex illusionistic space, and sensuous brushwork. By emphasizing these pictorial elements, his work frequently appears entirely abstract. However, over the course of sixty-five years, a principal concern of Hodgkin’s art has been to evoke a human presence. The role of memory, the expression of emotion, and the exploration of relationships between people and places are all preoccupations. The exhibition explores Hodgkin’s development of a personal visual language of portraiture, one that challenges traditional forms of representation.