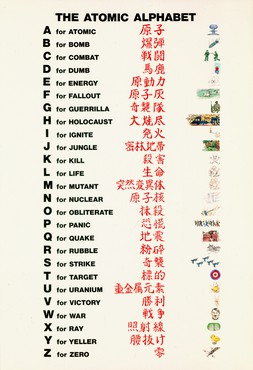 This exhibition, whose English title is Disonata: Art in Sound up to 1980, analyzes the development of sound as a creative field of visual arts differentiated from music across the first eighty years of the twentieth century. The show reflects the efforts of artists who resorted to sound beyond its traditional use in such manifestations as mixed-media work, poetry, and theater. Work by  Chris Burden and Nam June Paik is included. 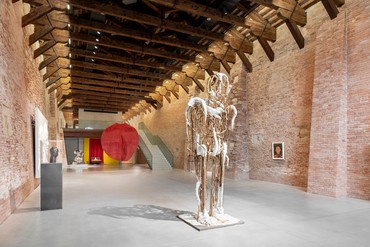 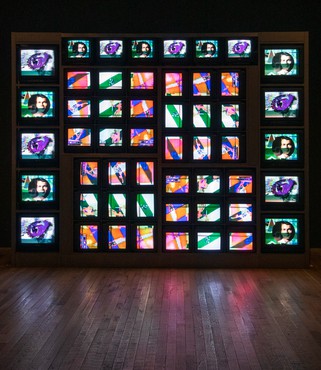 This major exhibition brings together more than two hundred works from throughout Nam June Paik’s five-decade career—from robots made from old TV screens, to his innovative video works, and all-encompassing room-size installations. The exhibition looks at his close collaborations with Joseph Beuys, John Cage, Merce Cunningham, Charlotte Moorman, and others. This exhibition has traveled from the Tate Modern in London.

This major exhibition brings together more than two hundred works from throughout Nam June Paik’s five-decade career—from robots made from old TV screens, to his innovative video works, and all-encompassing room-size installations. The exhibition looks at his close collaborations with Joseph Beuys, John Cage, Merce Cunningham, Charlotte Moorman, and others. 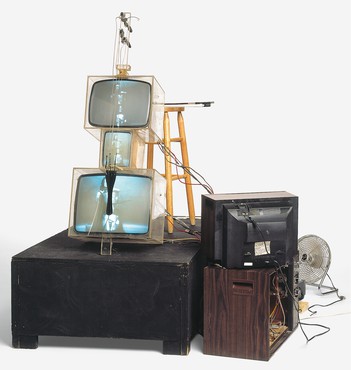 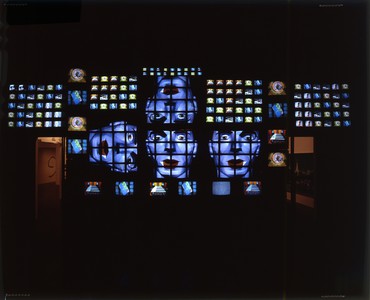 This exhibition aims to establish connections between works of art based on instructions, spanning more than fifty years of conceptual, video, and computational art. The pieces in the show are all “programmed” using instructions, sets of rules, and code, but they also address the use of programming in their creation. Work by Nam June Paik is included. 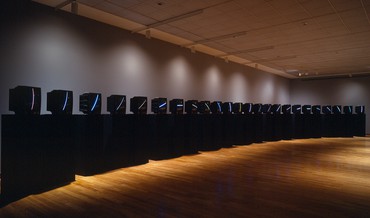 Nam June Paik’s TV Clock (1963/89) is on view for the first time in nearly a decade. The work consists of twenty-four color televisions mounted upright on pedestals that are arranged in a gentle arc and displayed in a darkened space. Paik created each electronic image by manipulating the television to compress its red, green, and blue colors into a single line against a black background. 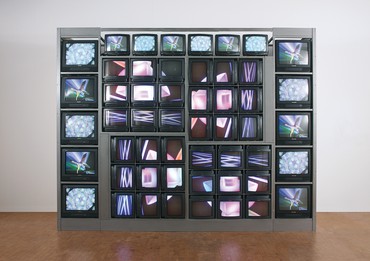 This exhibition examines how the Internet has radically changed the field of art, especially its production, distribution, and reception. The show comprises a broad range of works across a variety of mediums that all investigate the extensive effects of the Internet on artistic practice and contemporary culture. Work by Nam June Paik and Taryn Simon is included. 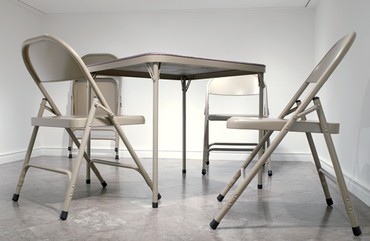 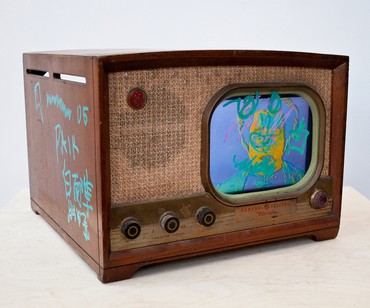 This exhibition explores Nam June Paik’s pioneering career through the prism of his close friendships with artists, including Joseph Beuys, John Cage, and Charlotte Moorman. It spans Paik’s early Fluxus activity to his final autobiographical works and showcases the late artist’s video and sculpture work, alongside an array of ephemera, drawings, and other works on paper that have rarely or never been shown. 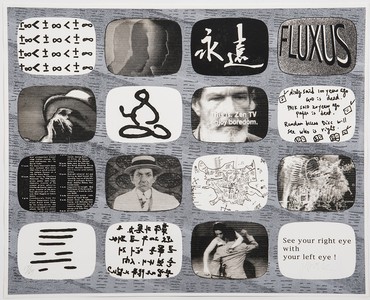 This print series by Nam June Paik includes images that span his historical Fluxus performances, events, video sculptures, musical compositions, texts, and drawings, as well as photographs of the artist, his family, and artists associated with his work. Each sheet was screen-printed by the artist with silver ink to create the illusion of a grid of sixteen television screens that frame the images.