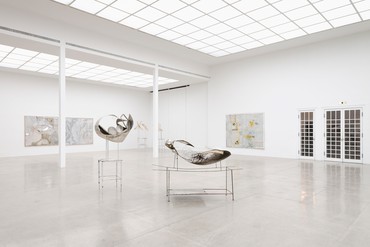 Rudolf Polanszky’s solo exhibition brings together sculptures and pictorial reliefs from various ensembles the artist has worked on during the last decade. Providing insight into his world of ideas, these works exemplify the artist’s nonlinear, improvised process of piecing together found materials and accidental forms, which he describes as “ad hoc synthesis.” 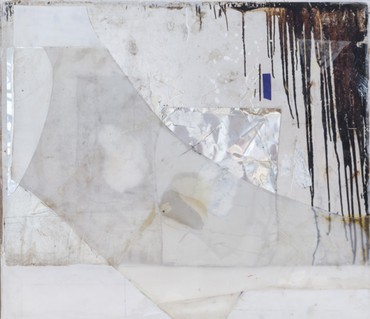 This exhibition presents more than twenty works on canvas and sculptures produced by Rudolf Polanszky between the 1990s and 2015 that explore the relationship between abstraction and the space of human action. Since the 1990s Polanszky has created canvas-mounted and freestanding assemblages by combining salvaged industrial materials into new aesthetic forms, freeing them from their original contexts and uses. The works in this exhibition reflect his enduring interest in creating structure and form from repurposed materials. 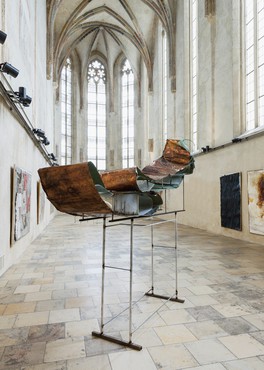 Installed in the historic Dominikanerkirche Krems, this retrospective exhibition, whose title translates to “Translinear Structures,” surveys Rudolf Polanszky’s body of work, from his conceptual film and photography documenting actions in the 1980s to his more recent paintings and sculpture, which reflect the artist’s ongoing engagement with philosophy, mathematics, and epistemology, articulated through abstract and poetic visual forms.