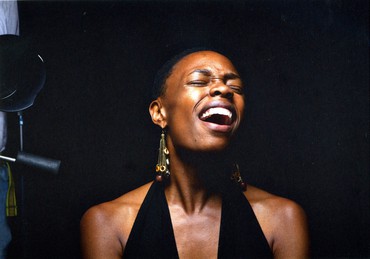 Theaster Gates’s Breathing (2010) is a video work inspired by the artist’s avid interest in Eastern Buddhism as well as his lifelong personal relationship with traditional gospel music, which constituted a formative aspect of his Baptist upbringing. The singers who appear in the video belong to an experimental choir known as the Black Monks (formerly the Black Monks of Mississippi), which Gates has directed since 2008. The Black Monks merge Black Southern gospel and blues music with the monastic chant traditions of Buddhism. The soothing, beautiful melodies that result from this unique hybrid testify to the potency of Black spiritual musical legacies while alluding to a communal experience that transcends geographic, cultural, and linguistic boundaries. 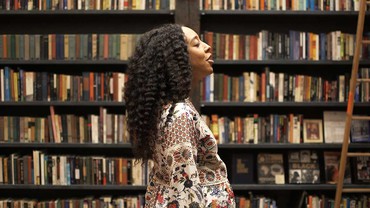 Bringing together the work of two interdisciplinary artists, this presentation centers on video projections that each take archival magazine photography as a departure point. Theaster Gates’s Do you hear me calling? Mama Mamama or What Is Black Power? (2018) pays homage to the power of women by exploring the idea of the Black Madonna through a reworking of three decades of images drawn from the archives of the Chicago-based Johnson Publishing Company, publisher of Jet and Ebony magazines. Smith’s Sojourner (2018) culminates with a feminist reimagining of an unpublished photograph taken for Life magazine in 1966. 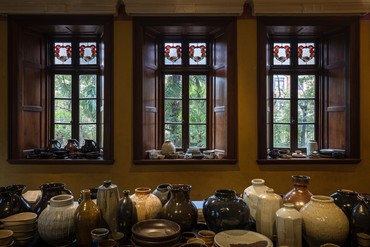 Theaster Gates: China Cabinet explores the links that exist between Gates’s activity as a ceramist and his work as a visual artist, performer, professor, urban planner, and community activist. Organized with support of Fondazione Prada, the exhibition is conceived as a narrative in three chapters that unfolds across multiple staged settings in which the artist’s role evolves from guest to ghost to host. Following tableaux suggesting an antique Chinese porcelain boutique and a reconstruction of Gates’s potter’s workshop, the story culminates with the artist’s complete occupation of Prada Rong Zhai with artworks displayed as they would be in a private home. 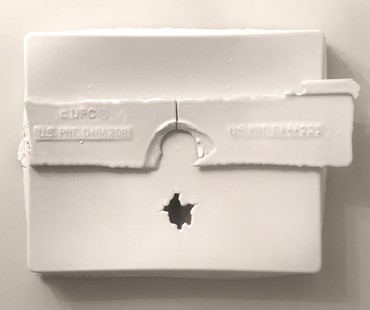 Theaster Gates in
Lost and Looking

Considering how place and loss affect us all, the artists included in Lost and Looking confront the reality of our pasts and our futures. Places from our collective and personal histories help define who we are even as they remain fluid in our mind’s eyes. The exhibiting artists consistently explore how true or fictionalized memories can be, and how accurate or inaccurate recorded history truly is. The ever-shifting landscape, filled with false histories, be they personal or historical, drives these artists in their quest for higher meaning. Work by Theaster Gates is included. 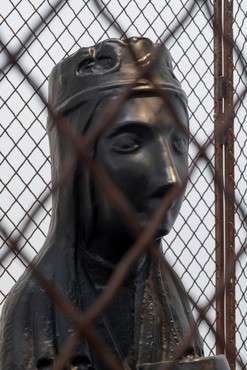 Promise, Witness, Remembrance reflects on the life of Breonna Taylor, her killing by Louisville police in 2020, and the year of protests that followed, both locally and around the world. The group exhibition explores the dualities of this personal, local story and the nation’s reflection on the promise, witness, and remembrance of too many Black lives lost to gun violence. Work by Theaster Gates is included.

Grief and Grievance
Art and Mourning in America

Grief and Grievance, originally conceived by curator Okwui Enwezor (1963–2019), is an intergenerational exhibition, bringing together thirty-seven artists working in a variety of mediums who have addressed the concept of mourning, commemoration, and loss as a direct response to the national emergency of racist violence experienced by Black communities across America. The intertwined phenomena of Black grief and a politically orchestrated white grievance are further considered, as each structures and defines contemporary American social and political life. The exhibition comprises works encompassing video, painting, sculpture, installation, photography, sound, and performance made within the last decade, along with several key historical works and a series of new commissions created in response to the concept of the exhibition. Work by Jean-Michel Basquiat, Ellen Gallagher, and Theaster Gates is included. 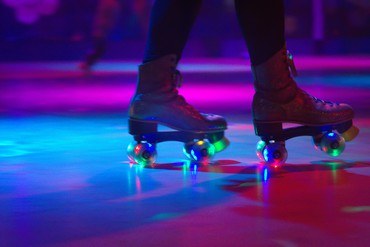 In his exhibition Bad Neon, Theaster Gates transforms the unique space of Tank Shanghai—which is housed within decommissioned aviation fuel tanks of a former airport—into a roller-skating rink, complete with neon lights, music, and artworks. Visitors are invited to experience the energy of Gates’s art on skates, including two iceberg-shaped sculptures, Houseberg (gold) and Houseberg (silver), which pay tribute to 1980s Chicago house music and clubs. Over the course of the exhibition, musicians and artists will craft different genres of music, introducing more possibilities to the site. 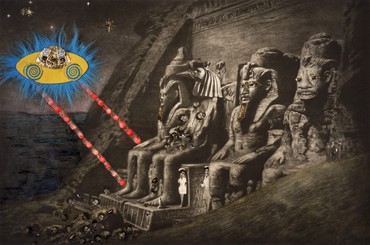 The South African term ubuntu refers to notions of community and a spirit of sharing. As the inaugural exhibition of works from the Harry David Art Collection—which showcases leading artists active in Africa and the diaspora as well as African American artists—Ubuntu introduces five distinct curatorial viewpoints unfolding across five specially designed rooms. Each presents a personal selection of works from the collection chosen by one of five different artists and curators. In this way, the collection functions as a resource that is open to interpretation, with each space enabling artworks to be encountered as a series of unique conversations. Work by Ellen Gallagher, Theaster Gates, Romauld Hazoumè, and Meleko Mokgosi is included. 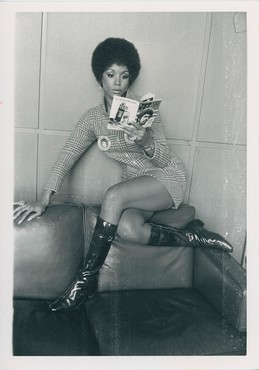 As an ongoing concern, Theaster Gates’s Black Image Archive examines the legacy of the Johnson Publishing Company archive, which contains more than four million images and helped shape the aesthetic and cultural vision of modern African American identity. Founded by John H. Johnson in 1942, the company created Ebony and Jet, two key periodicals for Black American audiences. Gates’s participatory exhibition invites visitors to actively explore the archive, which includes images by Moneta Sleet Jr. and Isaac Sutton, among many others. 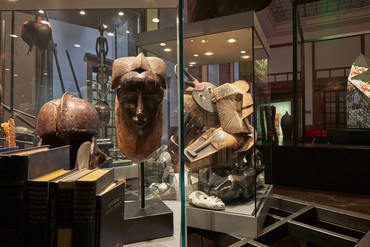 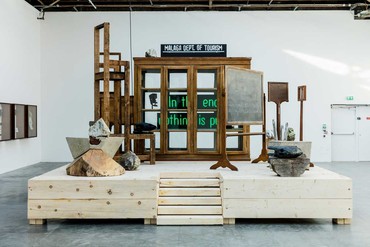 In Amalgam Theaster Gates explores social histories of migration and interracial relations by focusing on a specific episode in the American narrative concerning the forced eviction of Black and mixed-race residents from the island of Malaga off the coast of Maine. The artist’s interest in this historical event has given rise to new sculptural, architectural, filmic, and musical perspectives in his oeuvre as he critically examines the history of land ownership and race relations in the northeastern United States. This show has traveled from the Palais de Tokyo in Paris. 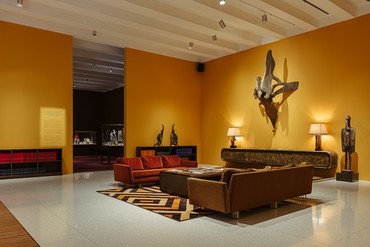 Taking things that have been cast aside from libraries, archives, and collections, Theaster Gates asks us to consider what it means to invest objects with new meanings through the simple acts of conservation and care. This exhibition brings a number of Gates’s collections into a museum context for the first time. The Walker’s galleries transpose the artist’s vast collections and studio environment into four immersive rooms, each infused with his own poetic intervention. 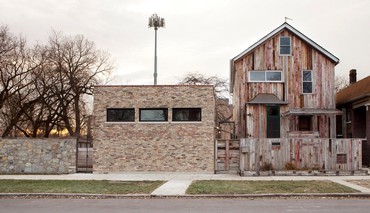 Theaster Gates in
. . . and other such stories

The third edition of the Chicago Architecture Biennial invites practitioners and the public to engage with architecture and the built environment as prisms through which to reflect upon social, geopolitical, and ecological processes that affect our collective past, present, and future. Work by Theaster Gates is included. 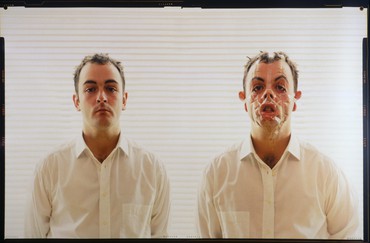 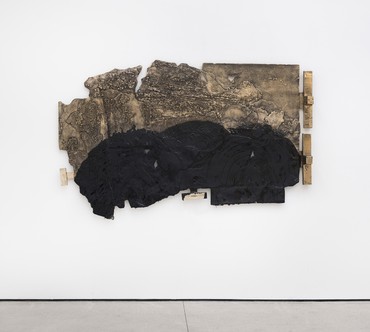 Theaster Gates in
Icons of Style: A Century of Fashion Photography

The exhibition surveys the gradual recognition of fashion photography as an art form through more than two hundred photographs and presents a broad and diverse perspective on the art form and its trajectory from niche industry to powerful cultural force. Work by Theaster Gates is included. 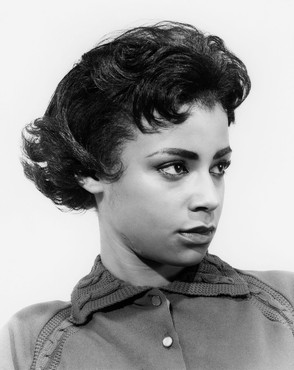 This exhibition features nearly three thousand images from the Johnson Publishing Company archive, which since 1942 has chronicled the lives of black Americans through the magazines Ebony and Jet. Theaster Gates’s project, composed from this important archive of black visual culture, recontextualizes and reanimates these images and their histories, as Facsimile Cabinet is both a repository and an interactive archive.

Portrait of a woman from the archives of the Johnson Publishing Company. Photo: courtesy Theaster Gates 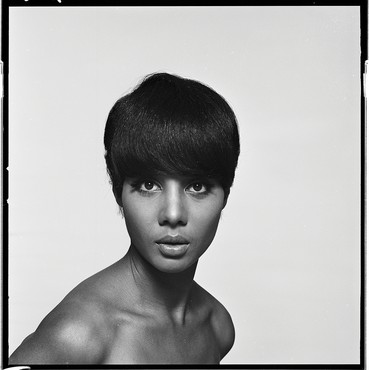 Conceived by Theaster Gates, this exhibition looks at the legacy of the Johnson Publishing Company archive, which features more than four million images and has helped shape the aesthetic and cultural languages of the contemporary African American identity. Founded by John H. Johnson in 1942, the company created Ebony and Jet, two of the landmark publications for black American audiences. The participatory exhibition focuses on the works of Moneta Sleet Jr. and Isaac Sutton, two photographers whose works are in the collection. This exhibition has traveled from the Fondazione Prada in Milan. 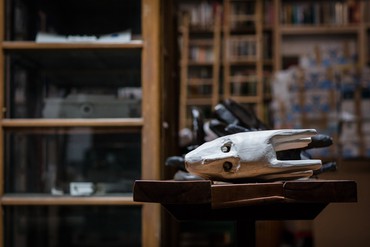 For his first solo museum exhibition in France, Theaster Gates explores social histories of migration and interracial relations by focusing on a specific episode in the American narrative—a situation of black subjugation and the imperial domination and racial mixing that resulted from it. The artist’s interest in this phenomenon has given rise to new sculptural, architectural, filmic, and musical perspectives in his oeuvre as he critically examines the history of land ownership and race relations in the northeastern United States. 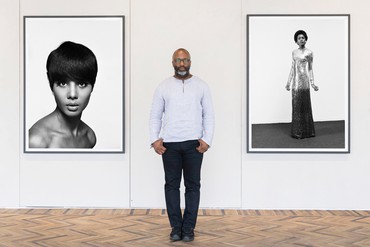 Conceived by Theaster Gates, this exhibition looks at the legacy of Johnson Publishing Company archive, which features more than four million images and has helped shape the aesthetic and cultural languages of the contemporary African American identity. Founded by John H. Johnson in 1942, the company created Ebony and Jet, two of the landmark publications for black American audiences. The participatory exhibition focuses on the works of Moneta Sleet Jr. and Isaac Sutton, two photographers whose works are in the collection. 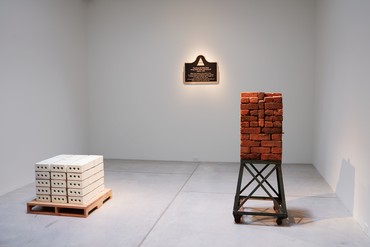 Theaster Gates
How to Build a House Museum

Theaster Gates’s immersive exhibition, organized as a world of symbolic structures and their associated objects, explored the potential of house museums—historically important landmarks that have been transformed into legacy sites. Proposing new ways of honoring and remembering Black experience, Gates explored the potential of these spaces through music, dance, video, sculpture, and painting. The exhibition was dedicated to Black luminaries including George Black, Frankie Knuckles, and Muddy Waters. How to Build a House Museum invited visitors to tour the house museum in its many possible forms: as an architectural monument, a historical representation, or a site of freedom. 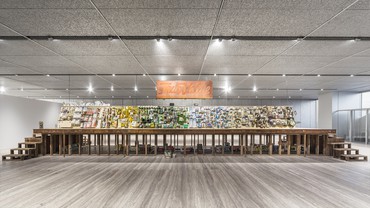 True Value, the first exhibition by Theaster Gates in Milan, brought together a selection of existing works and new commissions in two different spaces at Fondazione Prada. The Cisterna featured works in which the artist explored habitual, everyday things that are charged with and convey a deep understanding of the social histories in which they have been immersed. At the Podium, Gates presented True Value (2016), the installation after which the exhibition was named—his rendition of an abandoned hardware store. True Value gathers materials, objects, and tools removed from their original context and relocated in an art environment, deploying a framework to formulate a poetic and pragmatic space around objects of trade and the human relationships created through those economic and labor exchanges. 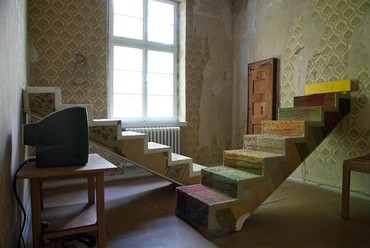 This installation by Theaster Gates, made in an abandoned hotel in Kassel, Germany, on the occasion of Documenta 13, imagined the ambitious restoration of the hotel with labor and materials from an abandoned building on Chicago’s South Side. In addition to becoming a home for sculptural works, the three-story building also functioned as a platform for wellness, public conversations, ongoing musical performances by the Black Monks of Mississippi, and sleeping quarters for a team of skilled builders, artists, and other makers in training—all part of a larger project of service to community, and community in service to craft.