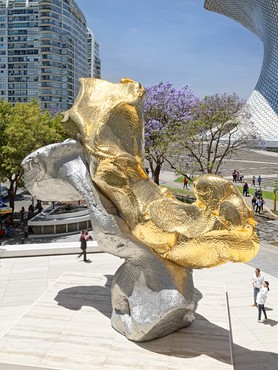 This twenty-year survey—the first major presentation of Urs Fischer’s work in Mexico—brings together works from international public and private collections as well as from the artist’s own archive, alongside new pieces made especially for the exhibition. Together, they exhibit the wide-ranging creativity, humor, and depth of Fischer’s practice. 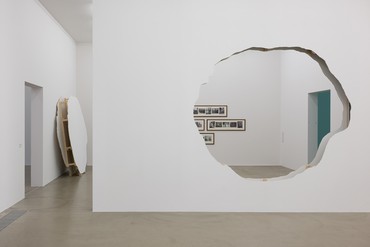 Urs Fischer in
Before—Between—Beyond: The Collection in Transition

Before—Between—Beyond stages a selection of the Aargauer Kunsthaus’s latest acquisitions alongside other key contemporary works. The exhibition describes new narrative arcs in three chapters, reflecting the past, questioning the present, and venturing a glimpse of the future—sometimes gleefully departing from chronological order in the process. Combining photography, sculpture, painting, video, printed graphics, and drawing with large-scale installations and site-specific works that were created especially for this show, the presentation offers glimpses into the holdings of this public collection of Swiss art. Work by Urs Fischer is included. 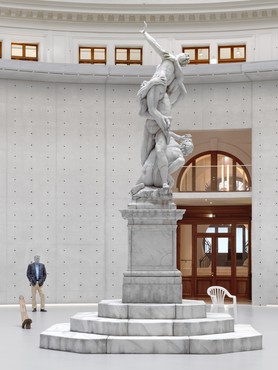 Urs Fischer’s Untitled (2011) is being presented in the rotunda of the newly renovated Bourse de Commerce. Fischer has reconceived the sculpture to suit the scale of the space, whose Belle Epoque architecture has been redesigned by architect Tadao Ando. The work consists of a group of larger-than-life candles—replicas of Giambologna’s sixteenth-century Mannerist masterpiece The Rape of the Sabine Women; Fischer’s longtime friend, artist Rudolf Stingel; and an assortment of chairs—that are lit and melt down over the course of the exhibition. 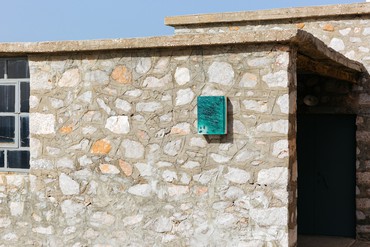 Coordinated by Massimiliano Gioni, this exhibition brings together a series of new and existing works alongside found objects and impromptu responses from a variety of artists who have maintained decades-long relationships with Dakis Joannou and the DESTE Foundation. Part divertissement and part collaborative project, the exhibition borrows its title from a chess tactic—the “Greek gift sacrifice.” Installed in the small, cavernous spaces of the Slaughterhouse, the works sit side by side like toys in a dollhouse. Work by Ashley Bickerton, Urs Fischer, and Christopher Wool is included. 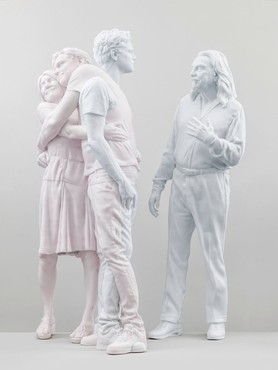 Urs Fischer in
Light Upon Light: Light Art Since the 1960s 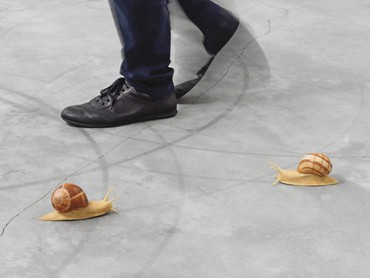 Urs Fischer in
Nature of Robotics: An Expanded Field

Offering an unconventional look at the rapidly expanding field of robotics, Nature of Robotics aims to instigate a thought process on the emerging perspectives and scenarios situated at the frontier between science and the visual arts. By presenting speculative creatures, drawings, diagrams, and videos made by contemporary artists alongside scientific projects, the exhibition invites reflection on the place of artificial agents in our natural and social ecosystems. Work by Urs Fischer is included. 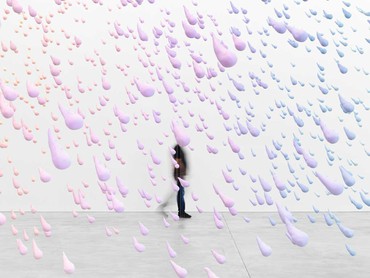 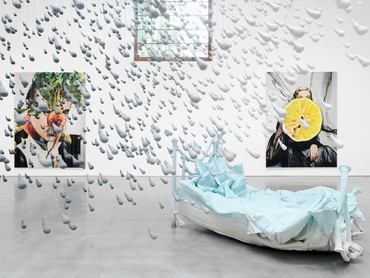 The Brant Foundation celebrates its tenth anniversary at its Greenwich, Connecticut, space with an exhibition by Urs Fischer, the first artist to have had a solo show at the center in 2010. This exhibition features some of the artist’s most notable large-scale sculptures alongside paintings and other highlights from the Brant Collections. 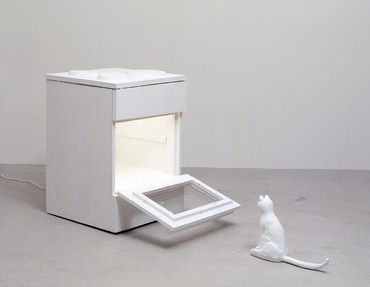 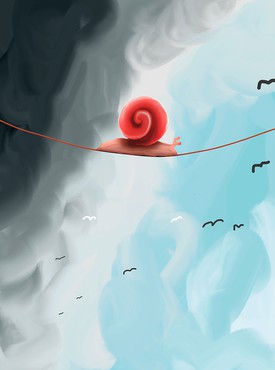 Glasgow International draws on the city’s strengths as a vibrant and distinctive center of artistic production and display. The festival combines commissions and exhibitions by artists living both locally and internationally, in large-scale and familiar public venues as well as smaller, less conventional sites. Work by Urs Fischer will be included. 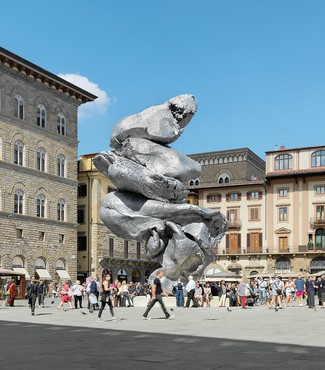 Urs Fischer’s monumental sculpture Big Clay #4 (2013–14) and two new candle sculptures have been installed in the Piazza della Signoria and the Arengario in Florence. 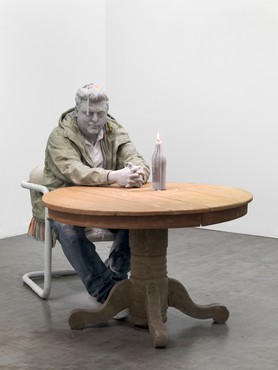 This exhibition’s title and theme, Fragile State, has a double meaning. It refers to a delicate moment of vulnerability both in a physical and psychological sense and, at the same time, it refers to political terminology. Work by Urs Fischer, Douglas Gordon, and Damien Hirst will be included. 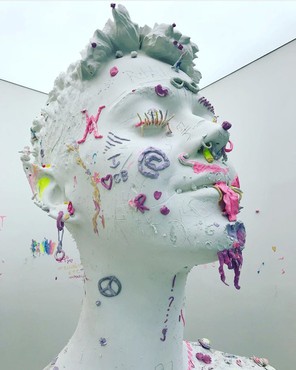 Bliss (2017), a larger-than-life sculpture of Katy Perry by Urs Fischer, is the result of a collaboration between the two artists, after Perry asked Fischer to create an artwork for her most recent album release. The sculpture will be in continual flux over the coming weeks, subject to reconfiguration through the intervention of visitors, who are free to add and subtract from the work as they wish. 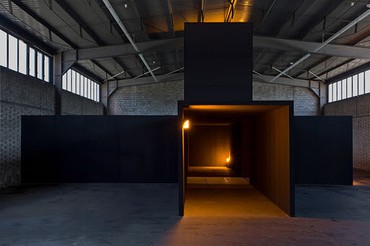 Moving Is in Every Direction
Environments, Installations, Narrative Spaces

This exhibition has a nonlinear narrative structure that traces the history of installation art from the 1960s to the present and features expansive walk-in environments, along with video and sound installations. Work by Urs Fischer and Bruce Nauman is included. 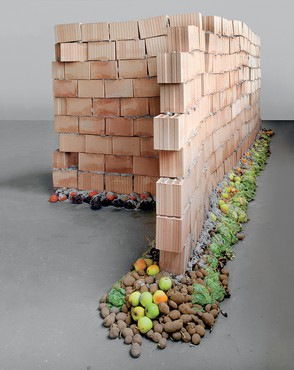 Faules Fundament (Rotten Foundation)! illustrates labor, transformation, entropy, order, and chaos as its materials shift from stable and fresh to crumbling and rotting.