Linda Goode Bryant founded Just Above Midtown (JAM), the first gallery to show work by African American and other artists of color in a major gallery district, in New York (1974–86). In 1995 Goode Bryant began making documentary and experimental films, which led her in 2009 to create Project EATS, a work comprised of a growing network of community-based food systems supporting low-income individuals and families throughout New York City. 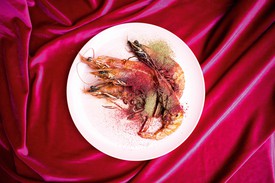 Linda Goode Bryant and DeVonn Francis discuss their involvement in community-building projects based on food and farming, as part of “Social Works,” a supplement guest edited by Antwaun Sargent for the Summer 2021 issue of the Quarterly.