Rennie McDougall is a writer based in Brooklyn. His work has appeared in the Brooklyn Rail, frieze.com, Guernica, T Magazine, the Village Voice, and other publications. He received an Anthony Burgess Prize for Arts Journalism in 2018. He was also the archival researcher on Stonewall Forever, a digital monument commemorating the fiftieth anniversary of the Stonewall Riots. 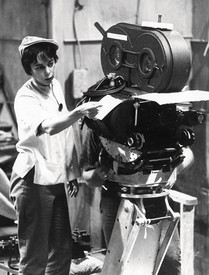