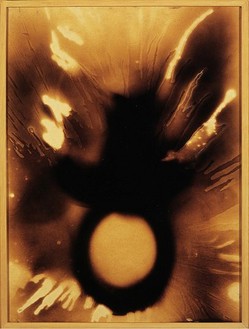 The Gagosian Gallery is pleased to announce the opening of an exhibition devoted exclusively to Yves Klein's Fire Paintings. These celebrated works were executed largely in 1961 shortly after the artist founded the New Realist Movement. Despite the mystical predicates of Yves Klein's art, his works are all based on strong pragmatic principles. These paintings were literally made with the assistance of the Centre d'Essais du Gaz de France, the central research laboratory of the National Gasworks of France.

These haunting Fire Paintings were achieved by the controlled use of an open, dangerous flame on chemically-modified fields of paper. Long associated with the most renewing of the phoenix-forces of nature, the Fire Paintings are arguably as important to the understanding Yves Klein's ambitions are his world-famous Blue Monochromes.

This exhibition of nearly a dozen masterworks is accompanied by the first English translation of The Fire at the Heart of the Void by Pierre Restany, the inspired critic of New Realism and its its primary biographer. 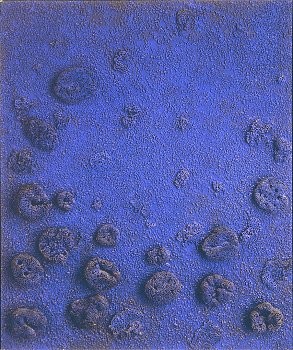