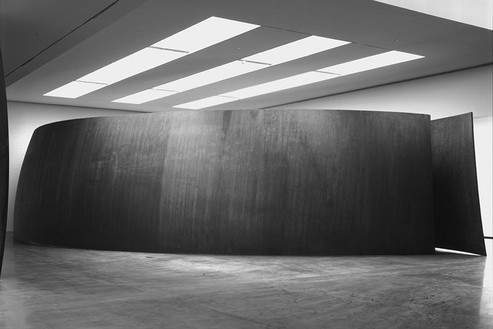 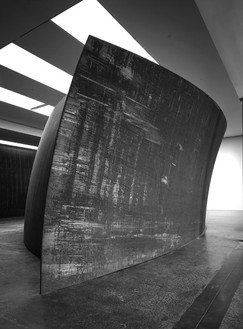 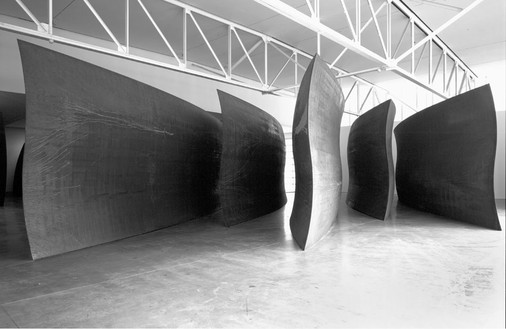 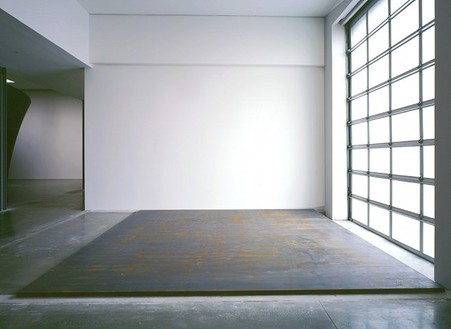 Gagosian is pleased to present an exhibition of four new sculptures by Richard Serra: Wake, Blindspot, Catwalk, and Vice-Versa.

This exhibition expands on Serra’s use of sculptural shapes and configurations first introduced in his exhibition Torqued Spirals, Toruses and Spheres at Gagosian in October 2001. In three of the sculptures, Wake, Blindspot, and Vice-Versa, Serra continues to develop his vocabulary of toruses (or toroid) and spheroid sections. “To begin to understand these forms,” Hal Foster has written, “picture a column or (better) a doughnut: its outside edge will describe a spheroid section, while its inside edge will describe what is called a torus, and each will have the same radius.”

Wake occupies the largest space in the gallery, with its five pairs of locked toroid forms measuring fourteen feet high, forty-eight feet long, and six feet wide apiece. Each of these five closed volumes is comprised of two toruses, with the profile of a solid, vertically flattened S.

Blindspot carries on from where the configuration of Serra’s Torqued Spirals and the shapes of the Toruses and Spheres of the earlier exhibition left off. It is composed of six plates, three spheres, and three toruses.

Vice-Versa consists of one toroid pairing, here presented in an open configuration. 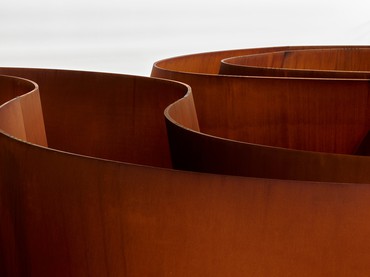 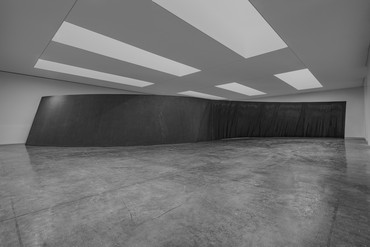