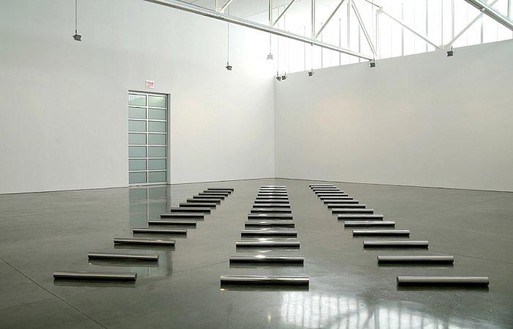 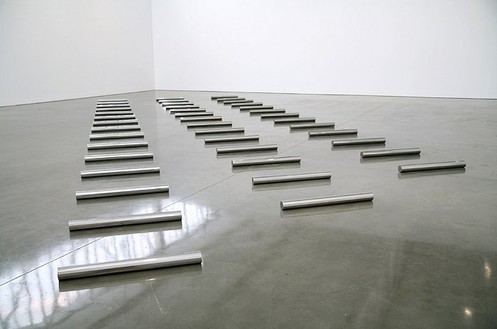 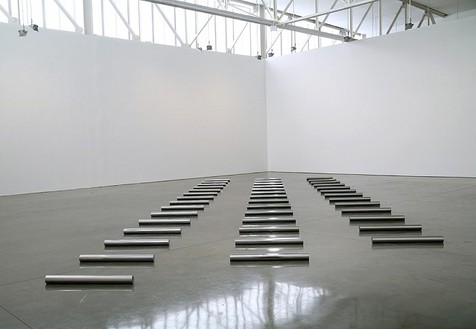 Gagosian is pleased to present an exhibition of two large-scale sculptures by Walter De Maria, A Computer Which Will Solve Every Problem in the World / 3-12 Polygon (1984) and 13, 14, 15 Meter Rows (1985). Though they attest to the artist’s long-standing interest in mathematical systems, the experience of these vast works is as sensory as it is intellectual, communicating a sense of the infinite and the sublime. They are part of a thirteen-year series of monumental sculptures using a horizontal format, which features groupings of elements ordered according to precise calculations. This series includes The Broken Kilometer (1979), 360°/I-Ching (1981), Apollo’s Ecstasy (1990), and The 2000 Sculpture (1992).

The exhibition comprises two installations that are derived from the same numerological principals and are linked both physically and conceptually. A Computer Which Will Solve Every Problem in the World / 3-12 Polygon—on loan from the Museum Boijmans van Beuningen in Rotterdam, Netherlands, and on view in the United States for the first time—occupies the entire 21st Street gallery. The work consists of seventy-five solid stainless-steel rods, each measuring one meter long and having equal volume and weight. The rods are arranged on the floor in ten rows, with every successive row increasing by a meter in length. The rods become increasingly faceted with each row. Metal halide lights dramatically illuminate the space; the steel rods flicker, suggesting the latent energy contained within them. Created before computers evolved into the ubiquitous objects that they are today, the work ingenuously asks whether such a device could, in fact, solve any potential problem. De Maria’s title, in combination with the subtle variations of the piece, implies that the most profound answers may be found by phenomenological rather than technological means—that is, through our own heightened awareness.

In the 24th Street gallery 13, 14, 15 Meter Rows builds upon the formula of A Computer Which Will Solve Every Problem in the World, with an additional forty-two rods arranged in three rows. Similarly, its shape and alignment seem to metamorphose as the viewer moves around the sculpture. However, in this case natural light floods the gallery space through the south and west clerestory windows, and the viewer experiences the artwork differently according to the weather and the time of day. 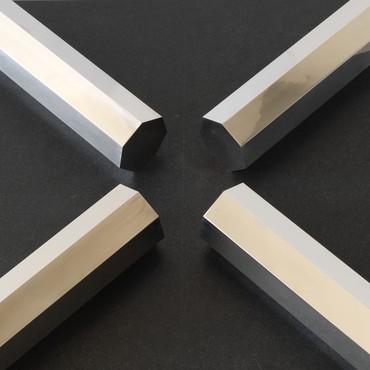