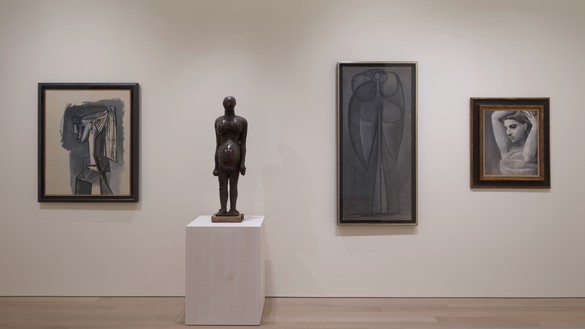 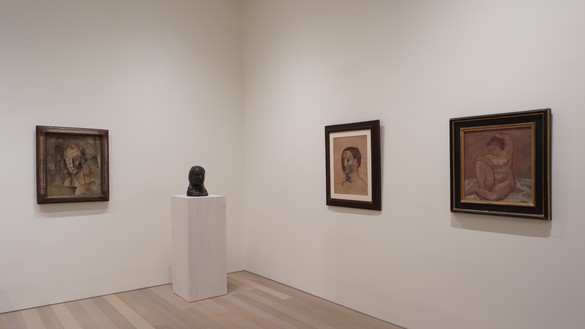 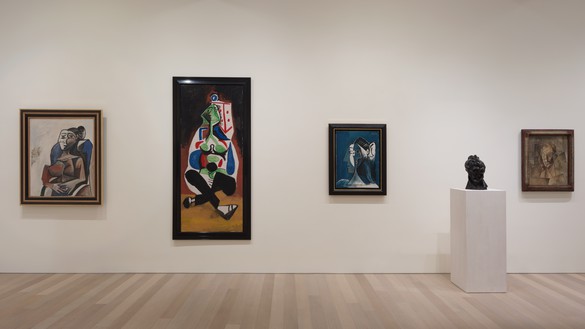 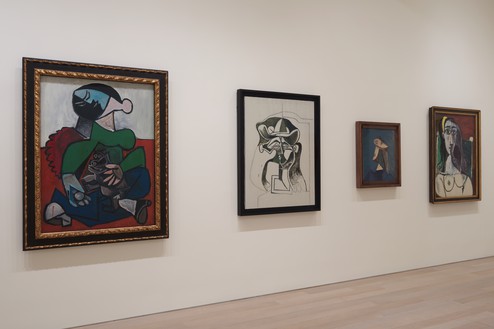 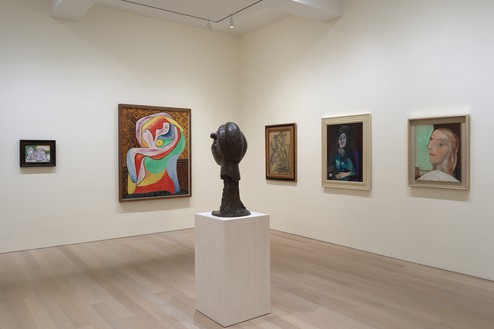 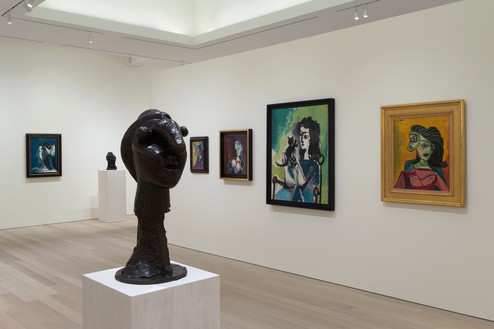 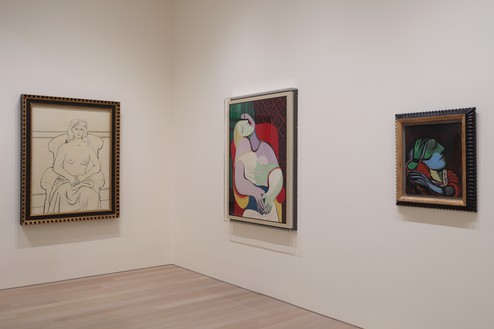 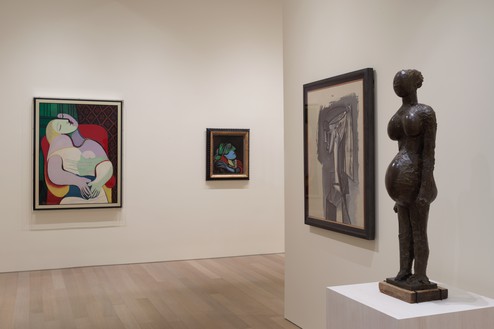 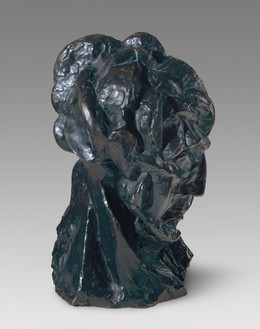 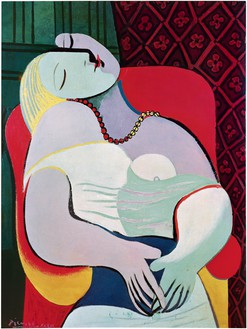 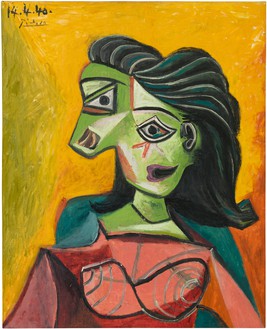 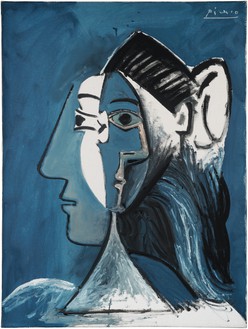 I am perhaps a painter without style.
—Pablo Picasso

Gagosian, in partnership with members of the Picasso family, is pleased to present Picasso’s Women: Fernande to Jacqueline, an exhibition of paintings and sculptures that attests to the central role and influence of the many women in Picasso’s life. It has been organized in honor of the gallery’s late friend and colleague, Sir John Richardson.

In the early 1960s, Richardson was planning to write a study of Picasso’s portraits and spent hours with the artist, poring over reproductions of his works. As Picasso spoke about the complexities of his pictorial thinking—pointing out, for example, that a portrait of Dora Maar might also contain elements referring to her romantic predecessor Marie-Thérèse Walter, and her successor Françoise Gilot—Richardson began to believe that a detailed biographical treatment of Picasso’s portraiture would close a notable gap in Picasso scholarship. Decades later he would sit down to write what would become the monumental multivolume biography, A Life of Picasso.

Maar once told Richardson that when a new woman entered Picasso’s life, everything changed: the art, the house, the poetry, even the dog. And yet, Maar’s observation is a bit misleading, for within the era of each successive muse, Picasso never settled on a singular style. Rather, in penetrating Picasso’s imagination, each woman served as a catalyst for experiments in color and form that would continue to change as the contours of the relationship shifted. It is through this process that Picasso’s work was constantly reinvented and renewed.

Picasso was as eclectic in his choice of muse as he was in style: the bohemian Fernande Olivier; disciplined Olga Khokhlova; blonde Venus Marie-Thérèse; passionate artists Dora and Françoise; Sylvette David, the young woman with a high ponytail; and Jacqueline Roque, the devoted, romantic beauty. Picasso’s portraits of these women express psychological insights, as well as the drama that only profound intimacy can reveal. He depicts each, as Leo Steinberg has argued, not how she presents herself to the world, but how she feels inside. These women invoke poetry, beauty, war, and poverty, ingeniously reflecting the spirit and reality of the changing times. Not merely mute muses, Fernande and Françoise published memoirs; Olga and Marie-Thérèse kept extensive archives of photographs and letters over decades; Dora gave interviews to researchers and documented Picasso’s work and private life in photographs. Picasso’s women are as essential to our understanding of the artist and his oeuvre as they were instrumental in his creative life.

Sir John Patrick Richardson, British art historian and Picasso biographer, was born in London in 1924, and died in New York in 2019. From 1951 to 1962 he lived in Provence, France, where he became a close friend of Picasso and his family. Richardson’s multivolume A Life of Picasso (1991–) was the result of this friendship. Richardson organized six major exhibitions of Picasso’s work at Gagosian. He was a contributor to the New York Review of Books, New Yorker, Burlington Magazine, and Vanity Fair, and is the author of The Sorcerer’s Apprentice: Picasso, Provence, and Douglas Cooper (1999) and Sacred Monsters, Sacred Masters (2001). In 1993, Richardson was elected to the British Academy, and he was appointed Slade Professor of Art at Oxford in 1995. In 2011, he was named an officer of France’s Ordre des Arts et des Lettres in recognition of his contributions to furthering the arts in France and throughout the world. He was appointed Knight Commander of the Order of the British Empire (KBE) in the 2012 New Year Honours for services to art. 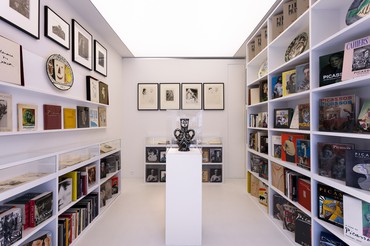 Picasso
By the Book