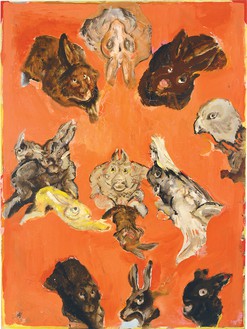 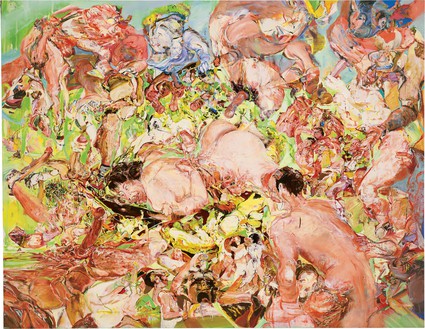 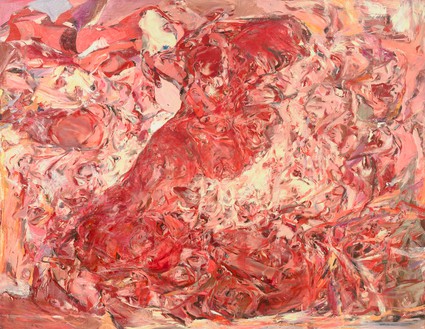 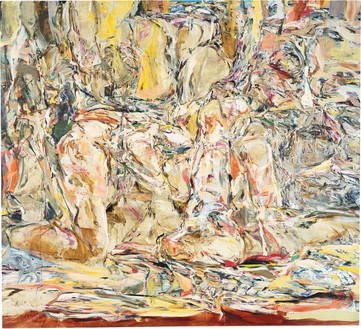 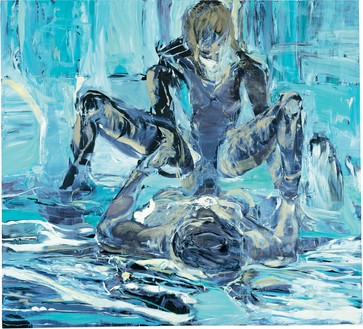 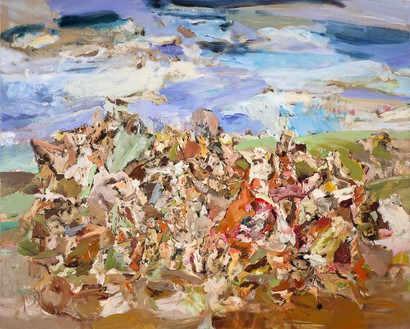 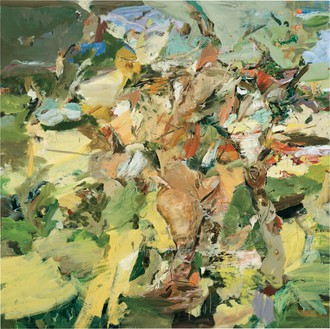 Cecily Brown, Figure in a Landscape, 2002 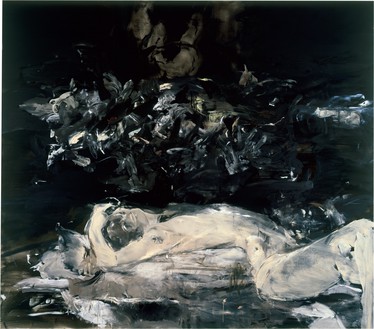 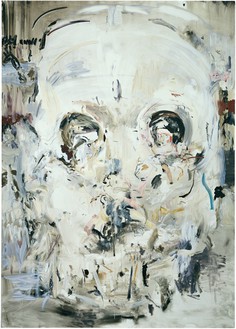 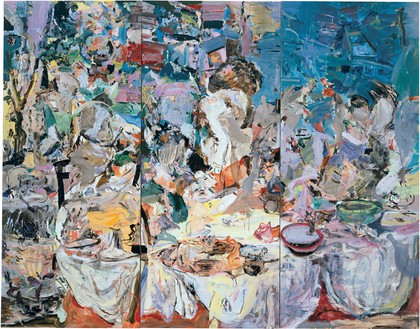 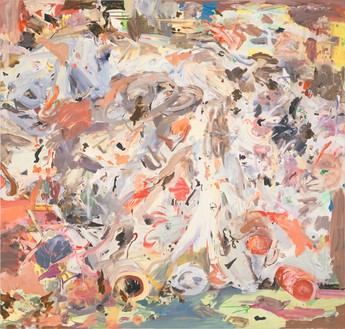 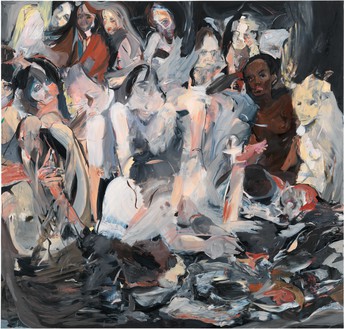 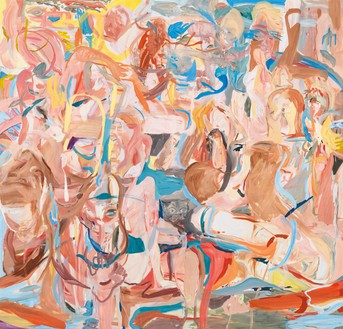 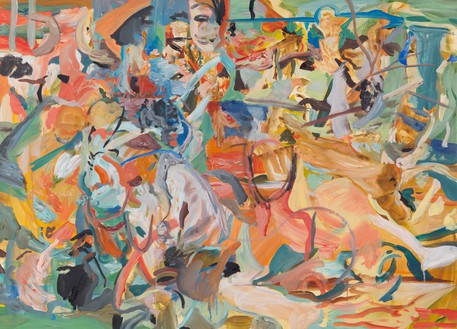 The place I’m interested in is where the mind goes when it’s trying to make up for what isn’t there.
—Cecily Brown

Cecily Brown makes paintings that give the appearance of being in continual flux, alive with the erotic energy of her expressive application and vivid color, shifting restlessly between abstract and figurative modes. Making reference to the giants of Western painting—from Paolo Veronese, Peter Paul Rubens, and Edgar Degas to Willem de Kooning, Francis Bacon, and Joan Mitchell—as well as to popular culture, she commands an aesthetic that breaks from the strictures of narrative to achieve an extraordinary visual and thematic fluidity. Her vigorous treatment of the nude figure in particular reveals a commitment to wresting conventional subjects free from their anticipated contexts. Punctuating her visual shorthand with moments of startling clarity, Brown maintains an endless, active present.

Raised in suburban Surrey, England, Brown studied under painter Maggi Hambling before attending art college. Her graduation from the Slade School of Fine Art in the early 1990s coincided with the rise of the Young British Artists but she didn’t share the group’s conceptual focus, ironic stance, and embrace of celebrity culture. Having spent six months in New York as an exchange student in 1992, she returned there to live in 1994, and, alongside contemporaries such as John Currin, helped to invest figurative painting with a renewed energy and critical significance that has continued to gather momentum.

Key to the success of Brown’s aesthetic is her ability to seemingly transform paint into flesh, embedding the human form within a frenzied, fragmented commentary on desire, life, and death. Her first major body of painting, from the mid-1990s, juxtaposes hedonistic rabbits with allusions to the still-life tradition; eventually, this led to the orgiastic scenes that would garner her wide and enduring recognition. In Brown’s hands, paint seems always to be in transition between liquid and solid, transparent and opaque states, and this material ballet is reflected in compositions themselves. “I think that painting is a kind of alchemy,” she has said. “The paint is transformed into image, and paint and image transform themselves into a third and new thing.”

Over the past twenty years, Brown’s work has evolved gradually, expanding in scale, diversifying in allusion and palette, and incorporating elements of landscape. Sometimes she uses improvisation to kick-start new paintings, allowing unplanned initial strokes to help dictate the works’ subsequent direction. On other occasions she borrows imagery from art history, popular culture, or the intersection of the two; All the Nightmares Came Today (2012), for example, riffs off David Montgomery’s notorious cover photograph for the Jimi Hendrix Experience’s 1968 album Electric Ladyland. In the studio, Brown consistently has multiple canvases in progress, moving between them in a manner that ensures a motif from one will find its way organically into another. She is also known for reworking paintings over a period of years—hardly surprising given the intense push and pull they embody.

Brown has been the subject of solo exhibitions at institutions including the Museum of Fine Arts, Boston; Hirshhorn Museum and Sculpture Garden, Washington, DC; and Museo Nacional Centro de Arte Reina Sofía, Madrid. In 2018–19, the Louisiana Museum of Modern Art, Humlebæk, Denmark, presented an overview of her career; she also donated the painting that gave the survey its title—Where, When, How Often and with Whom. In the same year, she exhibited two large paintings in the main hall of the Metropolitan Opera, New York—and was the first artist invited to do so since Marc Chagall in 1966. In January 2020, she was invited to exhibit at Blenheim Palace, the eighteenth-century home of the Spencer-Churchill family, in Oxfordshire, England, producing a series of paintings that explore “a nation in turmoil.” 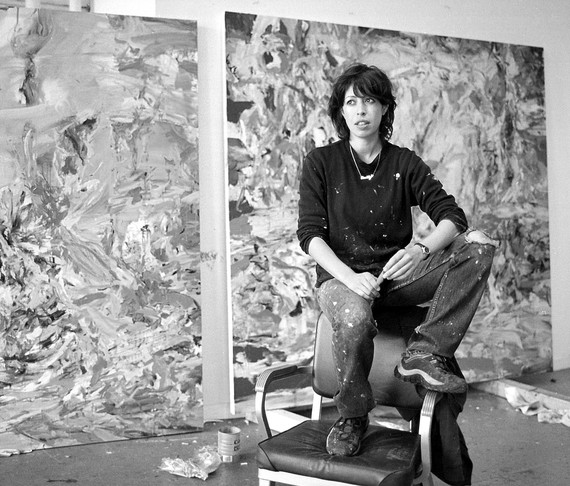 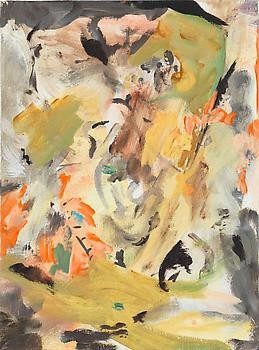 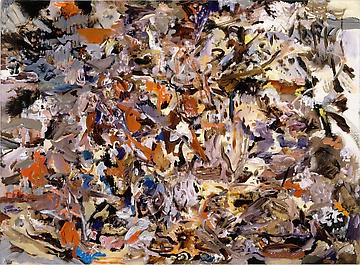 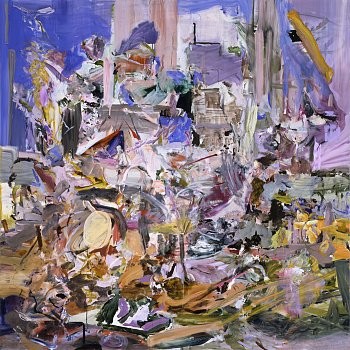 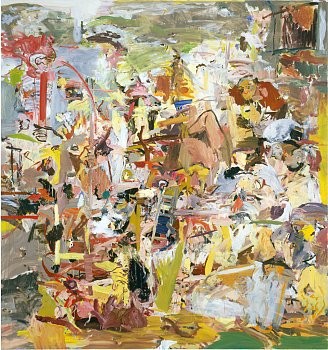 See all Exhibitions for Cecily Brown 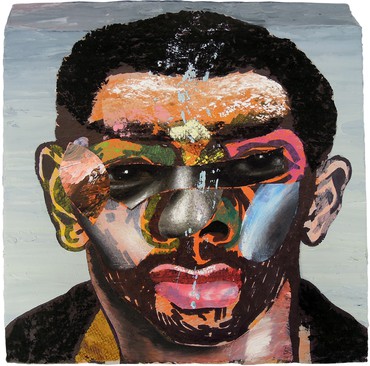 See all News for Cecily Brown 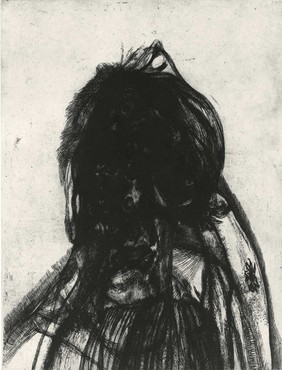 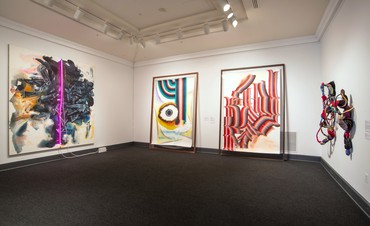