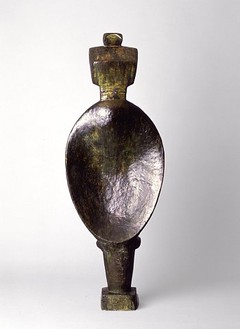 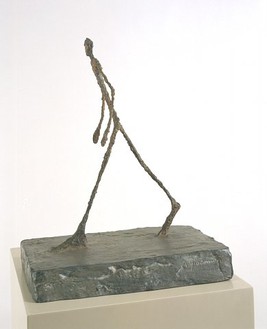 Gagosian is pleased to present an exhibition of some two dozen major works by the sculptor Alberto Giacometti.

The works in the Gagosian exhibition date from the period following the Second World War. Deeply marked by his explorative painting, Giacometti’s sculpture came to make drastic linear incursions upon an ever-more eroded surface. From this development emerged Giacometti’s famous starkly withered forms.

These radical solutions, long interpreted in the light of the contemporary existentialism of Jean-Paul Sartre, are manifest in several works dating to the late 1940s and early 1950s. Among the major works of this time to be included are Man Pointing (1947), Man Crossing a Square (1949), The Chariot (1950), and The Cat (1951).

The emergence of Giacometti’s pictorial sculpture proposed the most radical revision of the representational tradition since the experimental proto-constructivism of Picasso, a mode shortly taken up by the early Soviets. Giacometti’s resolution remains the most original and convincing alternative to non-constructivist sculpture in twentieth-century art.

Apart from the masterpieces already noted, the Gagosian exhibition will include several portraits of Giacometti’s wife Annette and brother Diego, associates of the artist celebrated for the ardor of their collaborative roles.

This is the first major overview of Giacometti sculpture to be held in New York City in nearly a decade. The exhibition will be accompanied by an illustrated catalogue prefaced by art historian John Richardson. 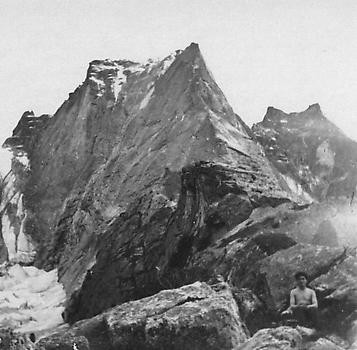