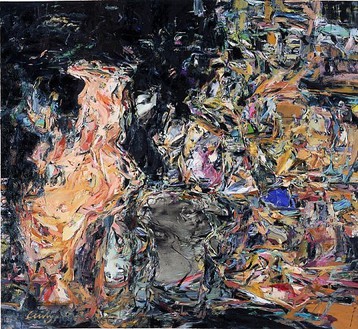 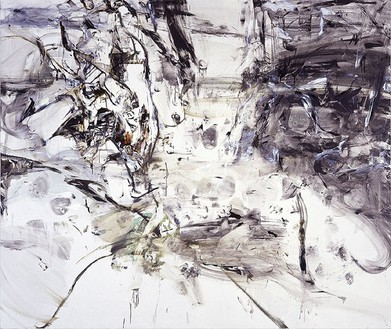 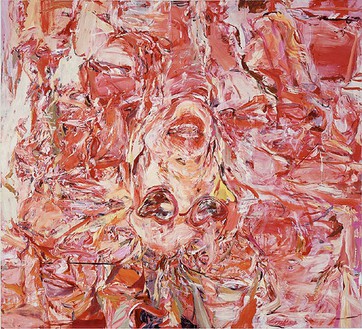 Gagosian Gallery is pleased to announce the opening of an exhibition of Cecily Brown's new paintings.

Cecily Brown has become one of the key figures in the strong resurgence of painting at the end of the nineties. Brown revels in the freedom she has forged as a young woman painter, her work liberates and celebrates the sacred cows of old master figure painting. Brown's paintings present a world that glimmers with the extremities of the flesh, its appetites and desires.

Brown's first solo exhibition with Gagosian Gallery is a selection of the artist's most recent paintings. The works on view show the greatest divergence in Brown's oeuvre to date. The majority of the paintings are of a large scale and utilize a great expansion in palette. Moving away from the self-imposed restrictions of color used in previous groups of works, most notably luscious reds and fleshy pinks, the new canvases show concentrations in greens, greys and yellows. Bare canvas gains density, particularly in Interlude where one struggles to decipher the merest trace of a lip, or of a buttock or a clenched fist, underlining again Brown's obsession both literally and subliminally with tension. In Candy, the application of color is smeared and melted and wiped, together these devices pull the eye over and across the curve of a breast, the cleft of a hip bone or the hollow of a cheek, and as is often the case, the forms emerge "out of a kaleidoscopic range of possibilities".*

"Her paintings require a great deal of looking at to appreciate their skilled application of paint. They are constructed with great control, but painted without inhibition. Dense compositions of compressed energy have been made from thinly applied layers of paint built up in fast rhythms, suggesting expression through a mass of concentrated activity". *

A fully illustrated catalogue including an essay by A.M. Homes will accompany the exhibition.

*From a recent review in Modern Painters magazine by Martin Maloney.