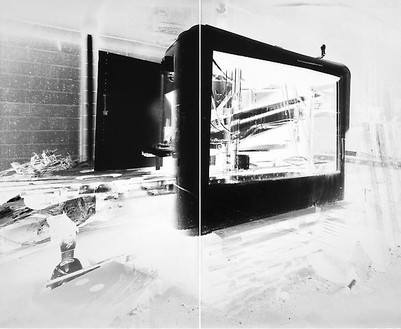 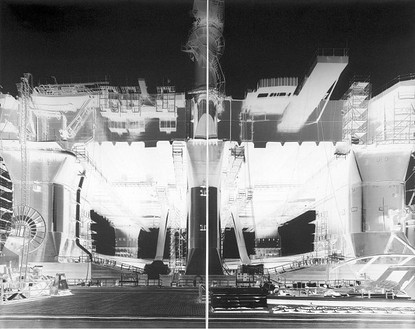 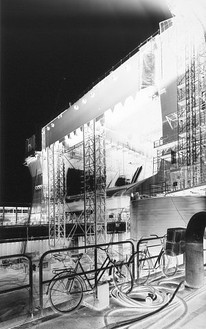 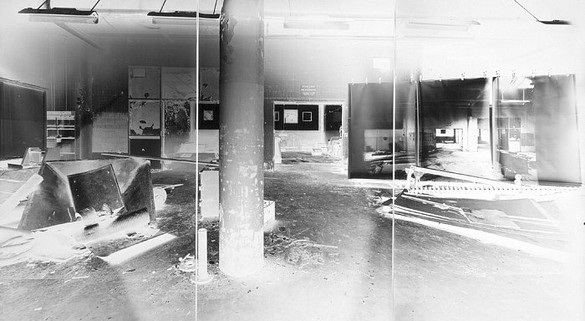 Gagosian Gallery is pleased to announce an exhibition of monumental camera obscura photographs by Vera Lutter. The exhibition will feature highlights from major projects completed over the past five years and will include over twelve large-scale works. Drawn to the urban environment, Lutter selects places with historic or iconic resonance from the abandoned Pepsi Cola Factory in Long Island City to Frankfurt International Airport to the Kvaerner Shipyards.

Using room-sized cameras, Lutter often inhabits the camera during the exposure which can last hours, days or even weeks. The camera obscura works with the premise that when light passes through a small hole into a darkened chamber it produces an inverted image on the opposite wall. Lutter projects her subjects onto photo-sensitized paper and develops them as unique negatives. The ethereal tones imbue the resulting images with a haunting quality.

Standing in front of one of her photographs, we can imagine ourselves inside the massive camera, the image taking shape in front of us while the world plays out its scenes behind. That Lutter has been inside the camera makes the identification more immediate, because we picture that space as a human, corporeal space. If we usually think of the camera as a machine or tool of objectivity, through her presence – her performance – we can now understand it as a space of physicality and subjectivity.
-Elizabeth E. Siegel,

The Art Institute of Chicago