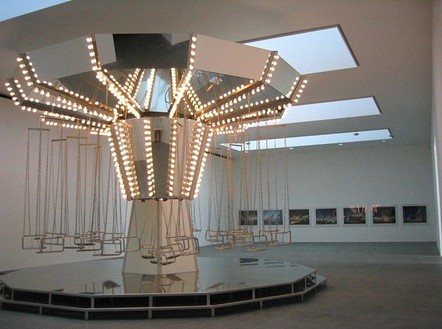 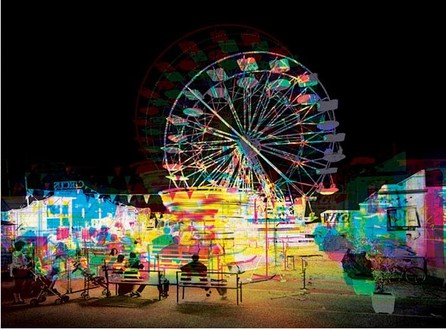 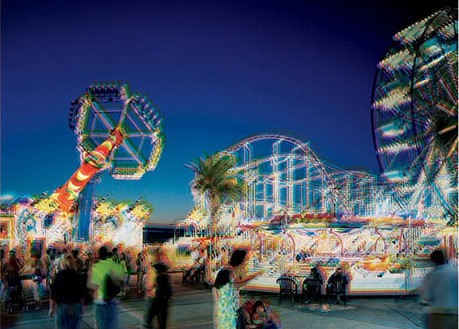 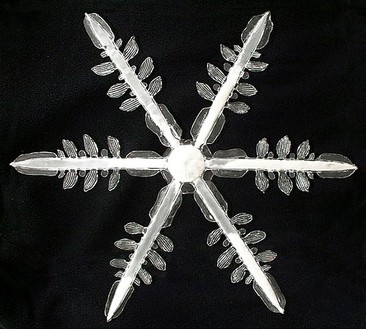 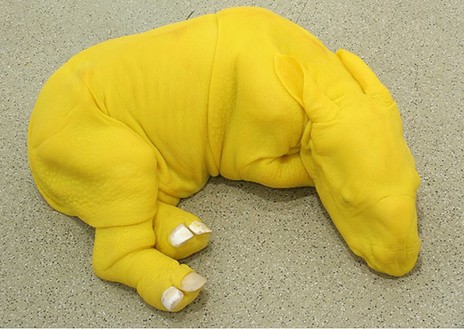 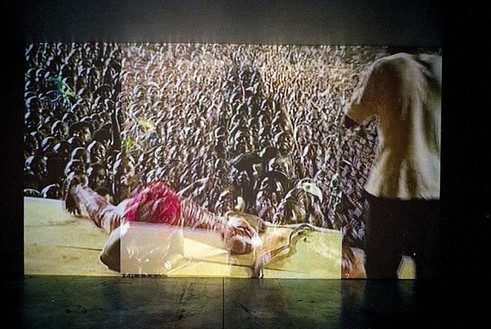 Gagosian Gallery is pleased to announce the first major one-man gallery show of Carsten Höller in London. Carsten Höller's work is about visual perception, and the ways in which the body reacts to different stimuli.

The exhibition will include new sculptures as well as recent photographs and prints. It includes a new film installation using three screens flickering in sequence, filmed by Höller at a concert in Kinshasa, Congo, showing Felix Wazekwa's band. The viewer's persistence of vision creates an illusion of 3-dimensional movement, and the pulsating sound emphasizes the dynamic rhythm.

Höller's "Mirror Carousel", 2005 takes the form of a traditional fairground carousel, functioning but transformed by surfaces with mirror glass and flashing lights so that the movement is intensified, redoubled and destabilised.

The exhibition also includes a new series of photographic works, made by Höller in collaboration with Attilio Maranzano. In apparent contrast, a resin cast of a baby rhinoceros will also be shown, seemingly hallucinatory in that its eyes appear to make it seem alive.

A fully illustrated catalogue will accompany this exhibition and it will includes essays by Jennifer Allen, critic in Berlin and Daniel Birnbaum, Director of the StÃ¤del'sche Kunstinstitut in Frankfurt.

Carsten Höller (b. 1963) lives in Stockholm and has shown his work internationally over the last decade, including important one-man exhibitions at Fondazione Prada, Milan; MusÃ©e d'Art Contemporain, Marseille; and he will show at Mass MoCA in spring 2006. He is currently representing Sweden, with Miriam Backström, at the 51st Venice Biennal. 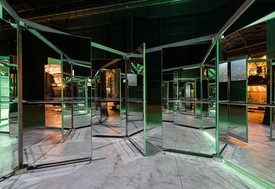 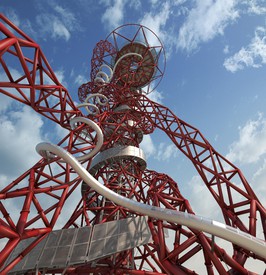 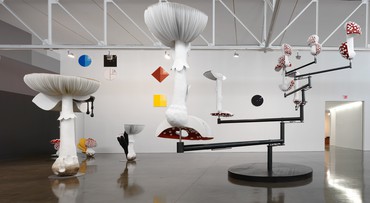 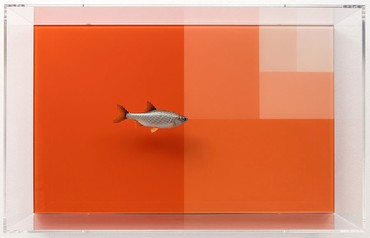 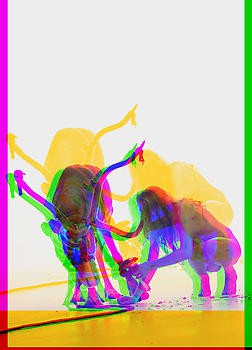 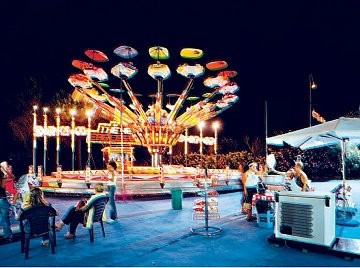