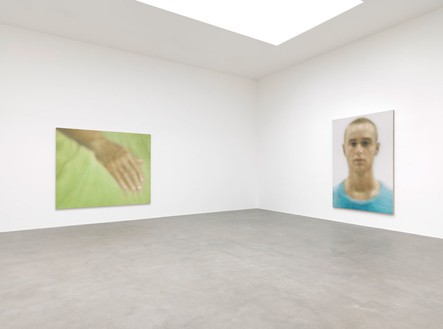 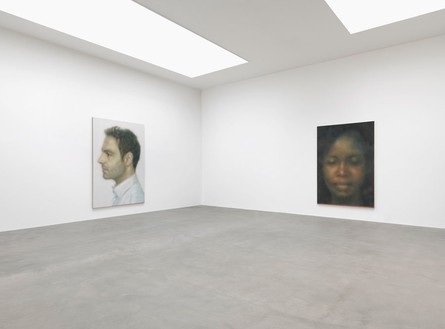 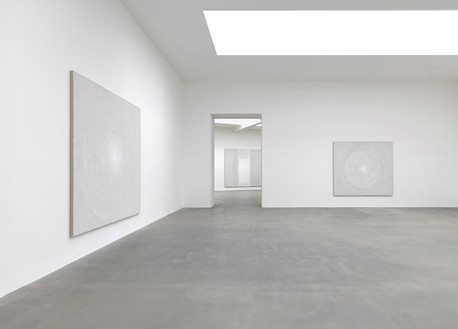 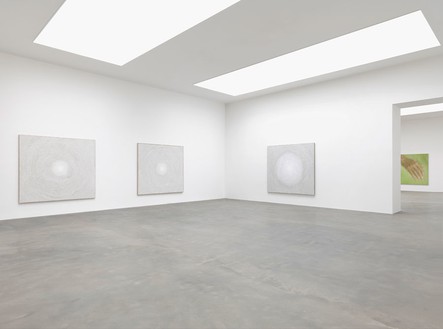 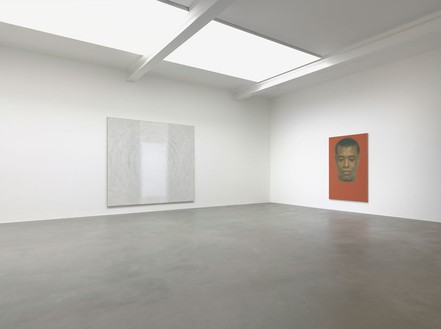 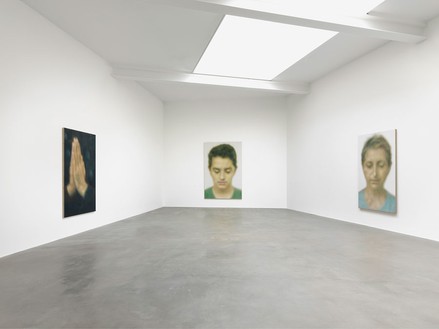 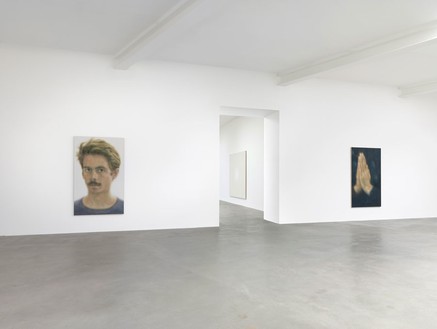 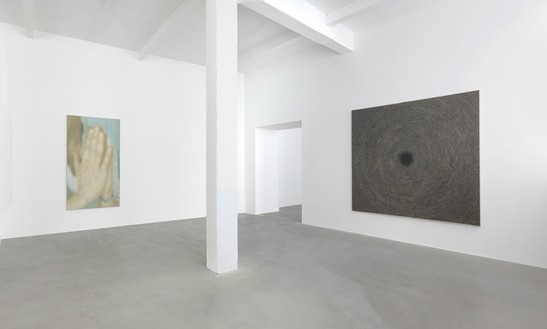 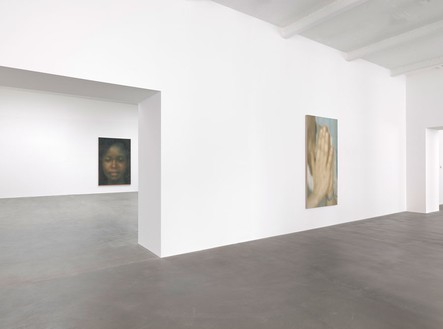 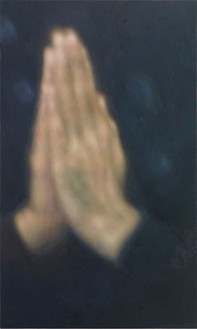 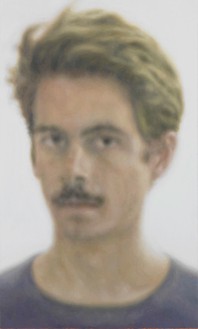 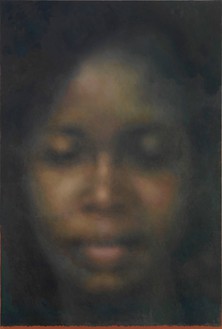 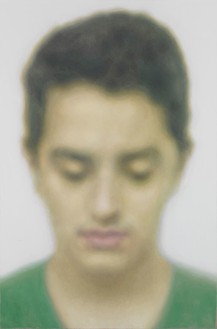 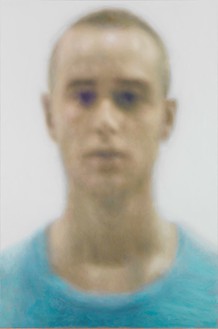 When you go through the process of looking at a face and you meditate on it with pigments and brushes in hand, it is like living with the face. In a way, it becomes part of you.
—Y.Z. Kami

Kami’s portraits of introspective subjects project a broad and inviting presence. Using his own photographs of family, friends, and strangers as source material, he depicts faces as vessels to convey an almost sacred and universal atmosphere of reflection, often with eyes closed as though in meditation. The matte surface of his paintings resembles fresco, while the closely cropped, centered compositions evoke El Fayûm portraits of ancient Egypt. Beginning with a primary paint layer in warm terra cotta, subjects are rendered in a uniform sfumato that evokes a light tremor, imparting to the paintings the effect of movement. This sense of vitality may stem from the viewer's own associations with photographed figures in motion, but it transcends even the veracity of photographs. Kami does not aim to create photorealistic portrayals; rather, he seeks to evoke the presence of spirit.

In recent large-scale portraits, Kami emphasizes the process behind the paintings, taking mysterious liberties in his representation of individual features, as in the arresting Man with Violet Eyes (2013–14). In Daya (2014), a male subject in profile, he recreates a vivid memory of their first encounter. A thin strip of the earthy primary paint layer is visible at the bottom edge of the canvas, a glimpse behind the otherwise even surface of indeterminate skin textures and hair tones.

Depictions of hands joined in supplication, a common action spanning faiths, directly indicate Kami’s enduring concerns. White Dome paintings similarly convey a sense of universal spirituality in the form of a central white light that spills over countless rows of tiny white rectangles like mosaic, hand-painted or stamped onto the canvas. A single Black Dome alludes to the flipside of such enlightenment: Kami cites as examples the nigredo phase of metal decomposition during alchemical processes, and the spiritual crisis known in Catholicism as the “dark night of the soul.” His paintings possess a distinct sense of fluidity—between the various faiths and texts that constitute his philosophical influences; between representation and abstraction; and, most unexpectedly, between painted portrayals and life energies. 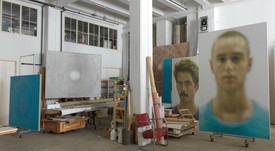 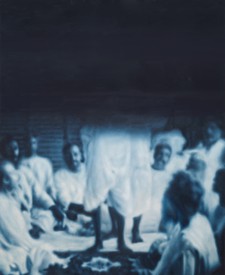 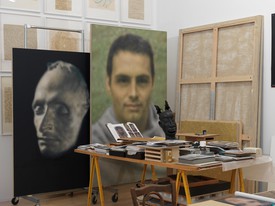 Y.Z. Kami: Behind the Vanishing Point 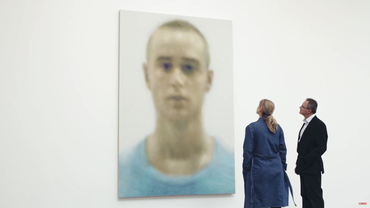 Paintings by Y.Z. Kami at Gagosian

Educator and artist Grace Adam and writer and lecturer Joshua White, both from The Art Channel, were granted access to Gagosian’s 2015 Paintings exhibition of recent works by Y.Z. Kami at Britannia Street, London. The pair speak in great depth about each of the works presented. 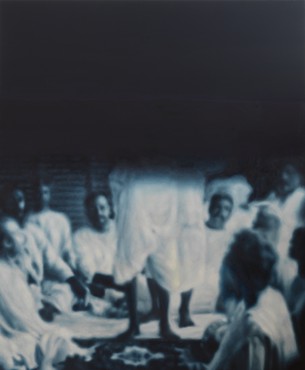 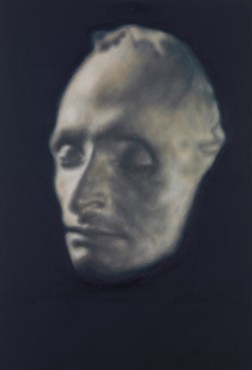 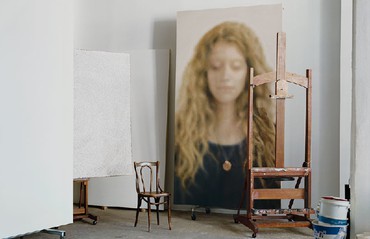 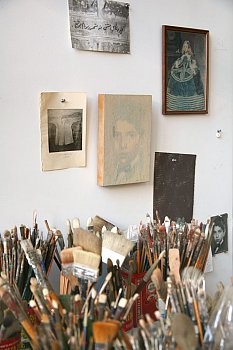