Last summer, the Moscow-born and California-raised Dasha Zhukova opened the Garage Museum of Contemporary Art, Russia’s first contemporary art and education space. Rem Koolhaas designed the museum, which is set in the middle of Moscow’s Gorky Park. Derek Blasberg sat down with Zhukova to talk about why she founded Garage and how she hopes it will shape the Russian art community for future generations. 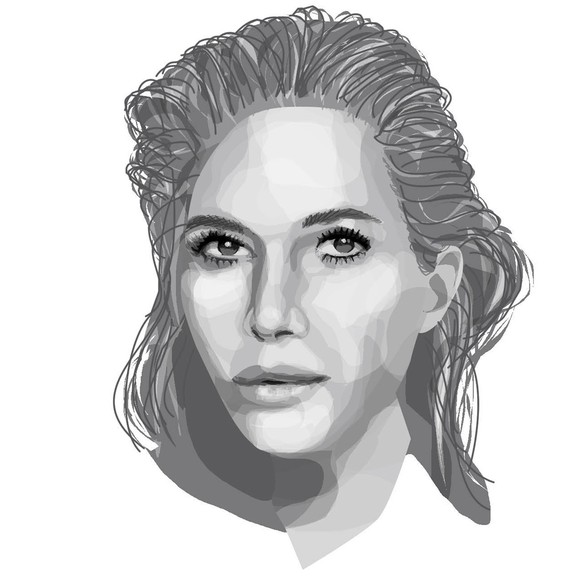 Derek BlasbergCongratulations, the museum is up and running! How does it feel? As a mother of two, was this like a third kid?

Dasha ZhukovaIt felt like I gave birth to triplets. Ha! Yes, there were moments that were stressful leading up to the opening—we were pouring concrete in front of the building the morning of the preview—but once we opened our doors everything went incredibly well. In the first month, we had more than 115,000 visitors. It’s unbelievable and very encouraging.

DBRemind me of the different incarnations of Garage.

DZThis venture started in Moscow’s Bakhmetevsky Bus Garage, which was designed by the Constructivist architect Konstantin Melnikov in 1926, as an exhibition center for contemporary art. As our visitor numbers grew, we thought it’d be best to move to a more central location in Gorky Park, which is essentially the Central Park of Moscow, so we could reach an even bigger audience. So we moved, but the nickname “Garage” stuck, and we liked that.

DBWhat happened to the bus depot? And where did you go from there?

DZThe site was completely derelict when we decided to build an art center there, but now that building is a popular destination and home to the Jewish Museum and Tolerance Center. In 2012, Garage relocated to a temporary pavilion specifically commissioned from architect Shigeru Ban in Gorky Park, and our visitor numbers really started to grow. A year later, the Education Center was opened next to the Pavilion and then in May of 2014, Garage Center for Contemporary Culture changed its name to Garage Museum of Contemporary Art, reflecting our commitment to providing long-term public access to living artists and art histories. This summer, we welcome visitors to our first permanent home: Designed by Rem Koolhaas and his OMA studio, the building is basically a groundbreaking preservation project that has transformed what was the Vremena Goda, which is Russian for “seasons of the year,” a Soviet modernist restaurant built in 1968, into a contemporary museum.

DBWhy did you choose Rem?

DBThat’s something that I don’t think a lot of people know about Rem, at least I didn’t until he told me when I was at your opening in Russia. He was inspired by Soviet architecture a long time ago.

Garage Education and Public Programs are currently the largest pedagogical initiative in a cultural institution in Russia.

DZYes, that’s right. Inspired by Constructivists’ drawings, Rem visited Moscow in 1965 and the experience completely changed the course of his life. Until then, he had planned to be a filmmaker, and after that trip he decided to become an architect. What we liked about what he was doing here was that it was a combination of creating something new and contemporary, but also respecting the original Soviet elements of the space.

DBI think what is so remarkable about this museum is that it has educated a new generation of Russians. Correct me if I’m wrong, but it is my understanding that in the Soviet era, there wasn’t a great deal of interest in contemporary art. How have the Russians been with catching up?

DZWell, art was a political tool in the Soviet Union. There was the “official” system, where artists were sanctioned by the state and paid to make work, which was known as Socialist Realism and basically glorified what the government wanted the public to know. Some of it is still really interesting to look at now. Then there were the “unofficial” artists who worked in secret and formed an underground movement that didn’t really start to become known to the public until glasnost in the late 1980s. Once the country opened up, it was reflected in the artwork that those artists made. So, I don’t think it’s that people in Russia are now catching up with contemporary art, but more that it now serves a different function and has a different feel to the state-mandated works. Also, there is still very little knowledge anywhere about the underground artists and their work, which is what we are focusing on with our Archive Collection and how we present it and get artists and curators to work with it.

DBThat is fascinating. What are some of the most interesting pieces of underground work that you found?

DZAll of it! There are a lot of performances that were particularly interesting. We did a show at Garage about the history of Russian performance art that was incredibly popular.

DBI know that one of the goals of the museum is education. How will that be implemented?

DZMany different ways. Garage Education and Public Programs are currently the largest pedagogical initiative in a cultural institution in Russia. Daily activities take place throughout the exhibition halls, café, and in Garage Education Center, which accommodates simultaneous programs, from classes and workshops for children and families, to concerts, lectures, international conferences, performances, and screenings. In Garage Education Center there is also Garage Library, which is the largest specialized library in the country dedicated to the art of the twentieth and twenty-first centuries. Also unique to the museum is Garage Training, which supports the development of knowledge and expertise in emerging generations of art lovers in Russia. Providing opportunities to learn new skills, gain hands-on work experience, and delve deeper into the thinking that occurs behind the scenes in a cultural institution, the training programs focus on curating, museum administration, and gallery mediation. Then there is the fact that, by bringing artists and artworks from around the world to Russia, we are opening up ways that people can access different cultures and points of view. Ultimately, I think it’s about giving a broader cultural picture and letting people access it on their own terms.

by bringing artists and artworks from around the world to Russia, we are opening up ways that people can access different cultures and points of view. Ultimately, I think it’s about giving a broader cultural picture and letting people access it on their own terms.

DBMany large installations were hits at the museum’s opening, and I think a lot of that has to do with the interaction of the works with a viewer. Is that intentional? Have you seen the social media imprint? How does that make you feel when you see people getting so interested in it?

DZYes, it’s amazing how much social media has been generated. And of course we knew those works would resonate well with social media, which is huge in Moscow. We have been focusing quite a lot on working with artists who encourage participation or social engagement in their work, as it’s not something that happens much in Russia and it is so important, not just in terms of presenting great contemporary art now, but also introducing new audiences to art that they can really get involved in, rather than feel distanced by. In general, all the shows that opened in June were to present the wide scope of Garage Programs and the ways that we work with artists, curators, and our archive in relation to the building and its capabilities. I was really happy that we launched the new Atrium Commissions with Erik Bulatov, which is a major initiative to support artists making large-scale works that respond to a space. We’re doing a project with Rashid Johnson in this space in March next year, which I’m really looking forward to. We have our first large-scale show in the space, which opened in September. It’s the first presentation of Louise Bourgeois in Moscow, and focuses on her installations the Cells. It looks really incredible in the building.

DBLet’s talk about you personally: What is your earliest memory of art? Meaning, did you go to museums a lot when you were a kid, or were your parents collectors or into art as expression?

DZI can remember when I was a little girl still living in Moscow, and I would frequently go to the Pushkin and the Tretyakov museums, which are still some of my favorite places in Moscow. Those visits form my earliest memories.

DZHmm, there wasn’t one moment exactly, but rather an evolution of knowledge and experience. The more I learned, the more I wanted to know.

DBAnd finally, not to sound too sappy, but how does it feel to make such a significant contribution to the cultural landscape in Russia? You know how impressed I am, but was that always what you set out to do?

DZI am incredibly proud of the Garage MCA team. Everyone has been working extremely hard and it is nice to see that the response was so overwhelmingly positive. Having said that, we still have a lot more work to do! 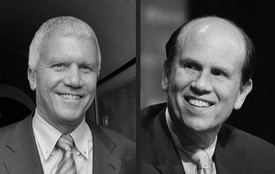 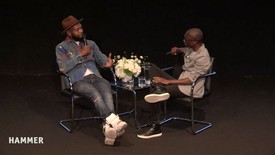 On the eve of the opening of his first exhibition with Gagosian, in Beverly Hills, Nathaniel Mary Quinn joined Troy Carter for a conversation at LA’s Hammer Museum. They spoke about deliverance, Quinn’s new work, and what drives him to make art. 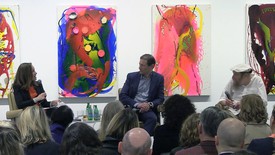 Artist Lawrence Weiner talks with Glenn Fuhrman, founder of the FLAG Art Foundation, New York, and Sarah Douglas, editor in chief of Artnews, about his art, the kindness of strangers, changing the world through culture, and more. 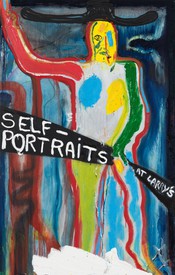 Kembra Pfahler speaks with Sweeney about his work, staying inspired, and the relationship between self-portraiture and performance.