From October 19 to 21, 2017, Adriana Varejão’s video installation Transbarroco (2014) played across the façade and in the central courtyard of the historic John Sowden House, designed by Lloyd Wright in 1926. This US premiere coincided with her first-ever West Coast exhibition, Interiors, at Gagosian, Beverly Hills.

The four churches that appear in Transbarroco are among the most significant examples of Brazilian religious architecture of the seventeenth and eighteenth centuries: the Church of San Francisco in Salvador, Bahia; the Third Order of Saint Francis in Rio de Janeiro; the Church of Saint Francis of Assisi in Ouro Preto; and the Cathedral of Mariana in Mariana, Minas Gerais. The film work unfolds across four screens in scenes entitled Gold, The Blue, Sky and Earth, and China.

The soundscape for the installation is a collage of text, voices, ambience, and contrasting rhythms. Within the mix that combines the drumming of the Bahia-based collective Olodum, the music of the Mariana Church organ, and sounds captured during the filming—voices of church guides, children playing, bells, and samba music—the Angolan writer José Eduardo Agualusa reads an excerpt from Gilberto Freyre’s Casa—Grande & Senzala (The Masters and the Slaves), which addresses the influence of the vernacular language of endearment used by black nannies towards the children in their care on the evolution of the Portuguese language in Brazil. 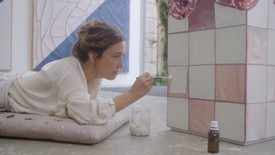 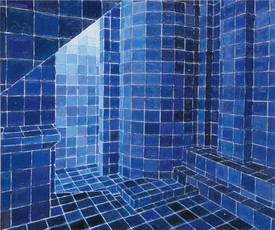 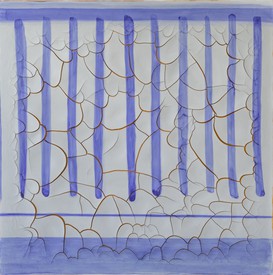 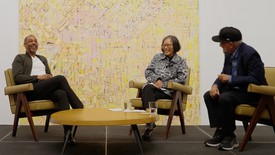 Join Gagosian for a conversation between Rick Lowe and his longtime friends Tom Finkelpearl, author and former commissioner of the New York City Department of Cultural Affairs, and Eugenie Tsai, senior curator of contemporary art at the Brooklyn Museum, New York, inside Lowe’s exhibition Meditations on Social Sculpture, at Gagosian, New York. The trio discusses their shared interest in transforming social structures and the evolution of Lowe’s new paintings from his ongoing community projects. 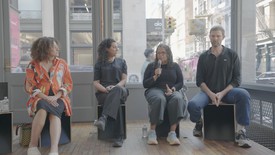 In this video, Deana Haggag, Program Officer, Arts and Culture at Mellon Foundation; Dan Colen, artist and Founder of Sky High Farm; Linda Goode Bryant, artist and Founder of Project EATS; and Diya Vij, Associate Curator at Creative Time sit down together to explore the roles of artist and audience, place and accessibility, legacy, capital influence, and individual vs. collective agency as they relate to artmaking today. 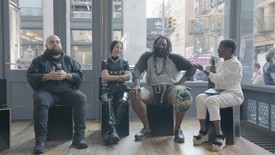 In this video, Thelma Golden, Chief Curator and Director of the Studio Museum in Harlem; Tremaine Emory, Founder of Denim Tears and Creative Director of Supreme; Father Mike Lopez, Founder of the Hungry Monk Rescue Truck; and artist Anicka Yi sit down to explore how the concept of community has shaped their work, and the power in seeing the places we live, our histories, and even our bodies as porous, interdependent, and alive. 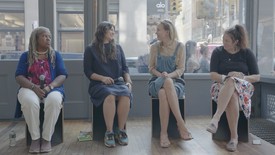 In this video, Veronica Davidov, visual and environmental anthropologist; Karen Washington, activist, farmer and Co-founder of Black Urban Growers (BUGS) and Co-owner of Rise & Root Farm; Candice Hopkins, curator, writer and Executive Director of Forge Project; and Haley Mellin, artist, conservationist and Founder of Art to Acres sit down to explore the tensions and overlaps between different efforts to define, use, and protect land. 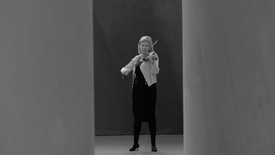