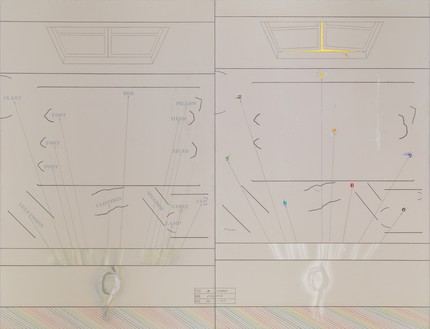 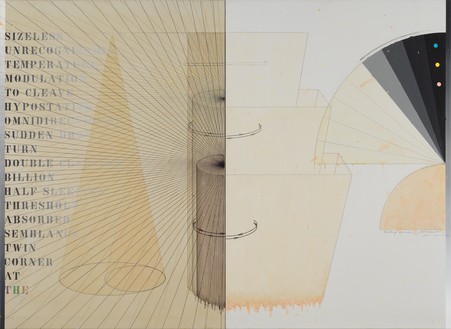 Renowned for his paintings, drawings, and prints, as well as his innovative architectural constructions, Arakawa was one of the earliest practitioners of the international conceptual art movement of the 1960s. After moving to New York from Japan in 1961, he produced diagrammatic paintings, drawings, and other conceptual works that employed systems of words and signs to both highlight and investigate the mechanics of human perception and knowledge. In 1962 Arakawa met the American poet Madeline Gins, with whom he developed a personal and creative partnership. Together they expanded Arakawa’s painting practice into an important series entitled The Mechanism of Meaning, a suite of eighty canvases that explored the workings of human consciousness. The Mechanism of Meaning exists in two versions, exhibited in their entirety by the Sezon Museum of Modern Art, Karuizawa, Japan, in 1988 and the Guggenheim Museum, New York, in 1997. In the 1990s Arakawa and Gins developed the theory of “procedural architecture” which proposes using the built form as a way to investigate and transform the relationship between body and environment. Through architecture specifically, they endeavored to “learn how not to die.” Terming this concept “reversible destiny,” they believed firmly in the capacity of their architectural works to positively influence the personal well-being and longevity of those who lived within them. Arakawa and Gins dedicated the remainder of their lives to seeing these ideas integrated into architectural theory and contemporary building design. 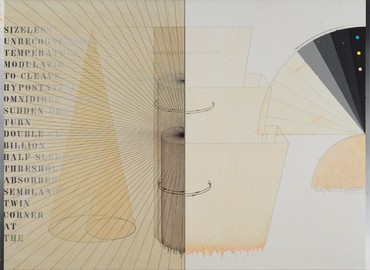 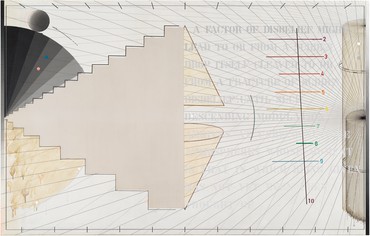 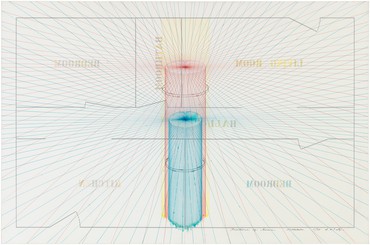 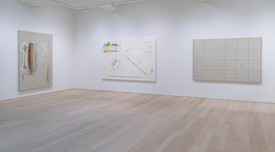 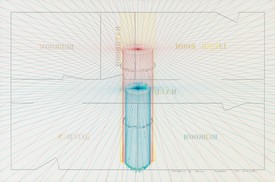 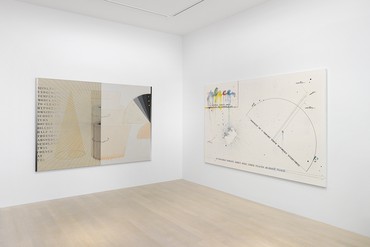 Tiffany Lambert, curator at the Japan Society in New York, will discuss the relationship between Arakawa’s art and his collaborative architecture practice with Madeline Gins. Taking Arakawa’s conceptual works from the 1960s and the 1980s—including paintings and drawings on view in the exhibition Arakawa: Waiting Voices at Gagosian, Basel, through January 22—as a starting point, this online talk examines the compelling connections between these works and the pair’s idea of using the built form as a way to investigate and transform the relationship between body and environment. To join the online event, register at zoom.us. 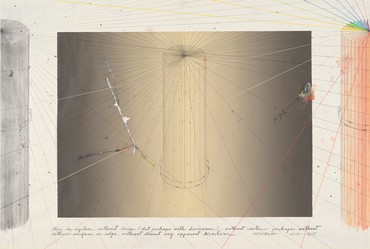 Join the Reversible Destiny Foundation for a virtual tour of the exhibition Arakawa: Waiting Voices with Ignacio Adriasola, assistant professor in the Department of Art History, Visual Art, and Theory at the University of British Columbia. On view at Gagosian, Basel, through January 22, the exhibition features works on canvas and paper made by Arakawa between 1964 and 1984. The artist was one of the earliest international pioneers of Conceptual art, and a founding member of the Japanese avant-garde collective Neo Dada. To join the online event, register at us02web.zoom.us. 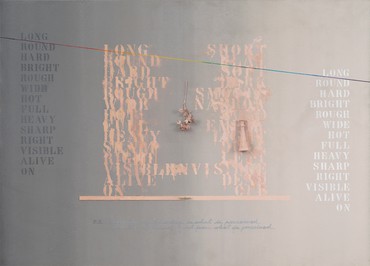 Stephen Hepworth will lead a tour of the exhibition Arakawa: Diagrams for the Imagination at Gagosian, 980 Madison Avenue, New York. This show examines the works Arakawa made in the two decades following his 1961 arrival in New York, a period during which he worked in two dimensions, using paint, ink, graphite, and assemblage on canvas and paper. To attend the free event, RSVP to nytours@gagosian.com.

See all News for Arakawa 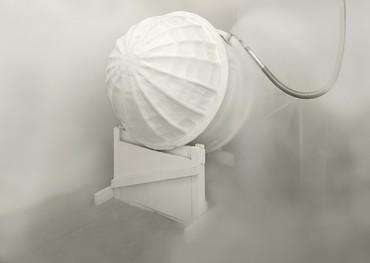 The Future Starts Here brings together groundbreaking technologies and designs currently in development in studios and laboratories around the world. Visitors are guided by a series of ethical and speculative questions to connect the subject matter to the choices that we all face in our everyday lives. Work by Arakawa and Taryn Simon is included. 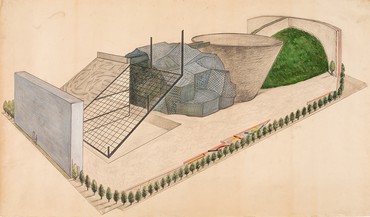 In the early 1960s Arakawa and Madeline Gins began a prolific collaboration that spanned nearly five decades and encompassed painting, installations, poetry, literature, architecture, urbanism, philosophy, and scientific research. The exhibition will examine this pivotal exploratory period through an array of original drawings—many exhibited for the first time—as well as archival material and writings that illuminate the working methods and wide-ranging research interests of Arakawa and Gins.