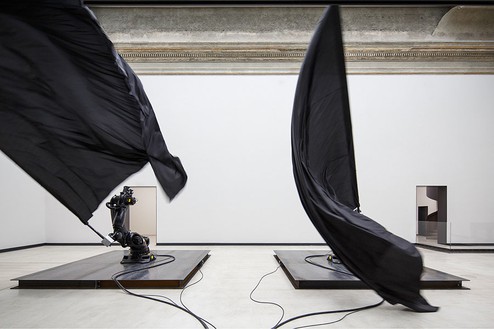 William Forsythe is a radical innovator in choreography and dance. For more than four decades, he has redefined the syntax and praxis of his field, exerting unparalleled influence on subsequent generations of artists. Over the course of his career, he has developed an extensive repertoire of groundbreaking ballet choreographies and experimental, non-proscenium-based dance-theater works, as well as an open-access digital platform for dance analysis, notation, and improvisation. His works are featured in the repertoire of many of the world’s major ballet companies, including Paris Opera Ballet; Mariinsky Ballet, Saint Petersburg; Semperoper Ballet, Dresden, Germany; Royal Ballet, London; New York City Ballet; San Francisco Ballet; Boston Ballet; and the National Ballet of Canada. Parallel with the evolution of his choreographic performances, Forsythe has worked for more than twenty years on installations, film works, and discrete, interactive sculptures, which he calls “choreographic objects.”

Forsythe was born in 1949 in New York. He was resident choreographer of the Stuttgart Ballet, Germany, from 1976 to 1984, and director of Ballet Frankfurt, Germany, from 1984 to 2004. He established and directed the Forsythe Company from 2005 to 2015, and was most recently artistic advisor to the Paris Opera. He was named an honorary fellow of the Laban Centre for Movement and Dance in London and holds an honorary doctorate from the Juilliard School in New York. Solo museum exhibitions include Proliferation and Perfect Disorder, Pinakothek der Moderne, Munich (2006); Additive Inverse, 21_21 Design Sight, Tokyo (2007); Focus on Forsythe, Sadler’s Wells and Tate Modern, London (2009); Transfigurations, Wexner Center for the Arts, Columbus, Ohio (2009); Nowhere and Everywhere, Museum Folkwang, Essen, Germany (2013); The Fact of Matter, Museum für Moderne Kunst, Frankfurt, Germany (2015); and Wanås Konst, Knislinge, Sweden (2017). Beginning in 1989 with a special commission by architect Daniel Libeskind, The Books of Groningen, Forsythe has produced numerous installations, among them Tight Roaring Circle, Artangel, London (1997); Nowhere and Everywhere at the Same Time, Creative Time, New York (2005); and Black Flags, Staatliche Kunstsammlungen Dresden, Germany (2014–15). He has participated in the Whitney Biennial (1997); Biennale di Venezia, Venice (2005, 2009, 2012, 2014); and Sydney Biennale (2016).

Forsythe lives and works in Vermont. 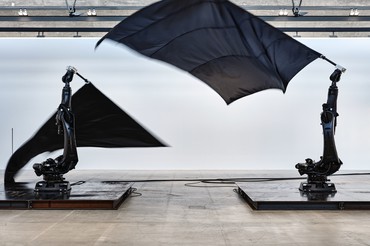 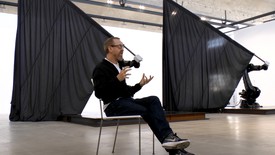 This video by filmmaker Ulrike Stumpp documents an exhibition of Forsythe’s work at Gagosian Le Bourget. 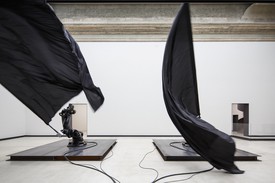 The world-renowned choreographer discusses his mindful objects with Louise Neri. 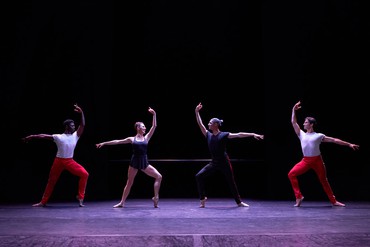 During the pandemic William Forsythe, New York City Ballet principal dancer Tiler Peck, and online arts education platform CLI Studios came together to create a ballet performance coordinated completely via Zoom. Inspired by dancers worldwide who were unable to access formal classes but committed to sustaining themselves and their art, The Barre Project consists of five musical episodes that focus on the most primary feature of ballet training: barre. Each premiere will have live introductions and question-and-answer sessions with Forsythe and Peck. To watch the performance, register at go.clistudios.com. 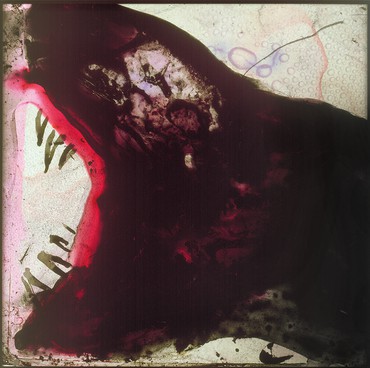 William Forsythe and Ellen Gallagher are participating in Dhaka Art Summit 2020: Seismic Movements. Over nine days, five hundred artists, scholars, curators, and thinkers will join in panel discussions, performances, and symposia addressing the theme: “What is a movement and how do we ignite one beyond the confines of an art exhibition?” The event is free and open to the public.

See all News for William Forsythe 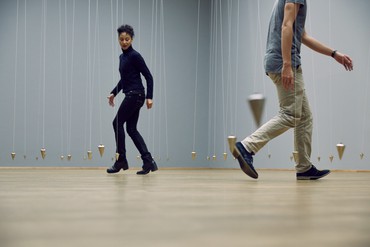 Paradise Kortrijk, the second Kortrijk Triennial, places interactive works by thirty-two Belgian and international artists in various indoor and outdoor sites throughout the city. Born out of a desire to reflect on how to construct a better society, the festival presents myriad interpretations of the utopian dream of paradise. Work by William Forsythe is included. 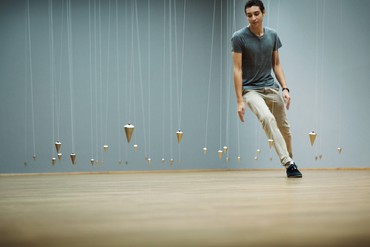 William Forsythe
Nowhere and Everywhere at the Same Time No. 2

William Forsythe’s interactive work Nowhere and Everywhere at the Same Time No. 2 (2013) is on view in Asia for the first time. This immense installation is a field of moving pendulums through which visitors are invited to move at will. In doing so, they generate an infinite range of individual choreographies. The work is accompanied by three of Forsythe’s films: Alignigung (2016), Lectures from Improvisation Technologies (2011), and Solo (1997). 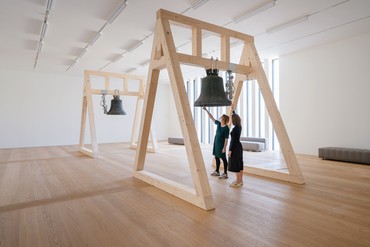 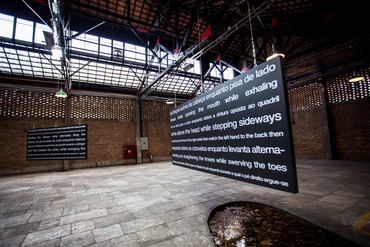