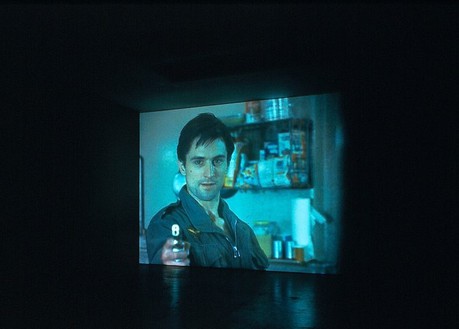 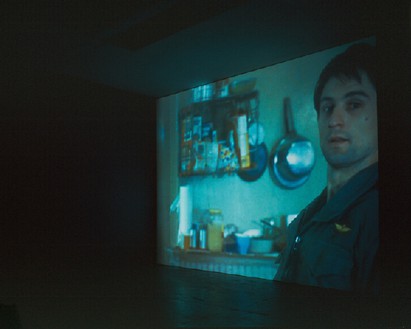 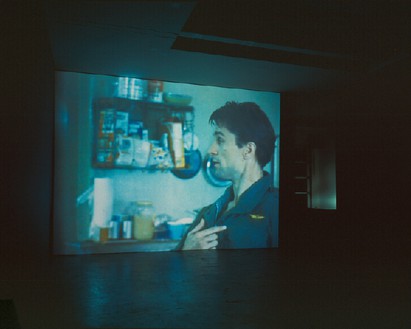 Gagosian is pleased to present an exhibition by Douglas Gordon. The downtown Gagosian will present a major new work—through a looking glass—consisting of two large-scale video projections that quote one of Hollywood’s most memorable scenes. Using a monologue from Martin Scorcese’s Taxi Driver, Gordon traps the viewer between two images of the film’s protagonist, Travis Bickle—one “real” and the other a “reflection of the real.” The projections appear at first to be mirror images of one another, but they quickly trip out of sync and into a manic dialogue that bounces around the gallery, both visually and audibly.

The exhibition is accompanied by a publication that includes a screenplay by filmmaker Hal Hartley, composed of e-mail messages between him and Gordon, and an essay by film critic Amy Taubin, who will publish a book about Taxi Driver early next year. About Gordon’s work, Taubin states:

In through a looking glass, Travis aims at himself and at us from two sides. And again and again. Deprived of our secure place in the theater or living room, we are much more vulnerable to Travis’s rage and violence and to the echo it calls up within ourselves. Gordon doesn’t allow us the comparative safety of going all the way through the looking glass into a topsy turvy world that has its own kind of reverse logic. Instead he traps us inside the two faces of the glass where the pronouns “you” and “me” fly around our heads like bullets and we don’t know which part of ourselves to protect first.