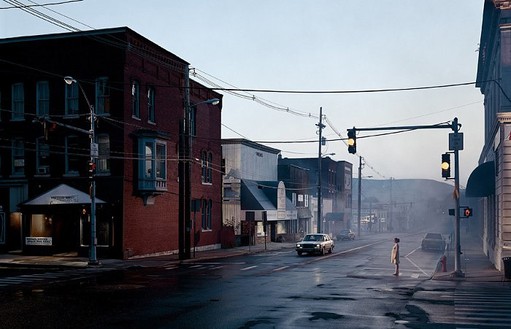 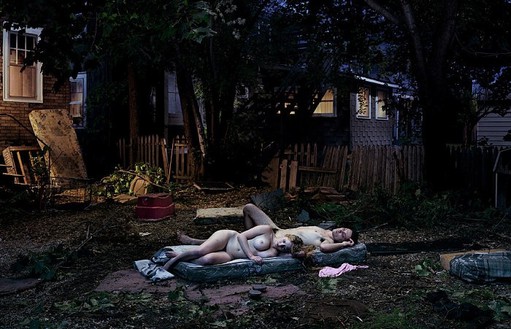 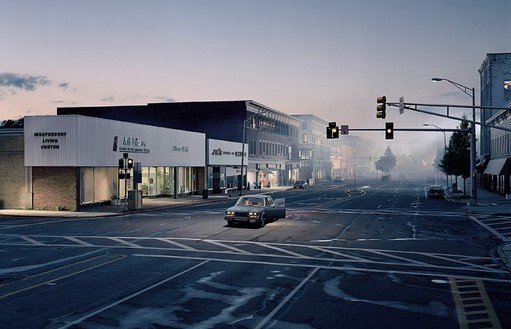 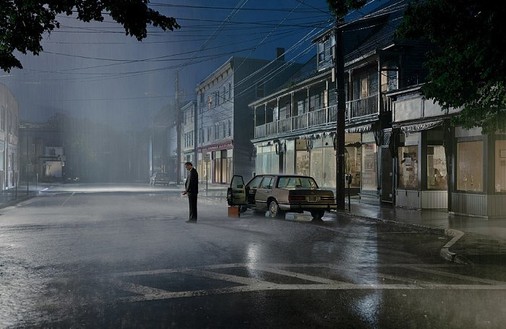 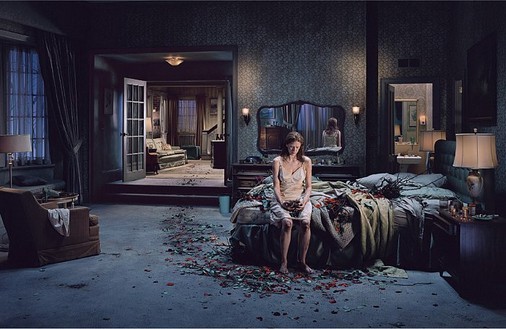 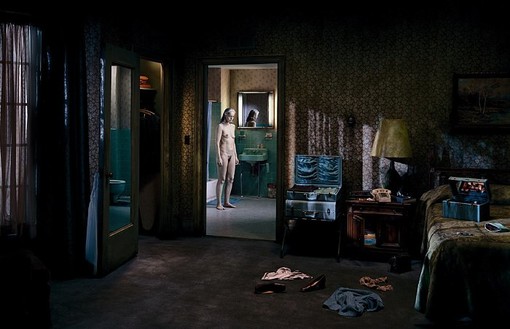 Gagosian  is pleased to present Beneath the Roses, an exhibition of twenty new large-scale photographs by Gregory Crewdson. In these pointedly theatrical yet intensely real panoramic images, Crewdson explores the recesses of the American psyche and the disturbing dramas at play within quotidian environments.

In Beneath the Roses, anonymous townscapes, forest clearings and broad, desolate streets are revealed as sites of mystery and wonder; similarly, ostensibly banal interiors become the staging grounds for strange human scenarios. In one image a lone and pregnant woman stands on a wet street corner just before dawn: she is a small but a portentous still point in a world of trajectories. On a stormy night in another nondescript town, a man in a business suit stands beside his car, holding out a hand to the cleansing water in apparent mystification. In a plush bedroom, a man and a woman—prototypes of middle-class American dislocation—are visited by a songbird, who gazes at the woman from its perch on the vanity. Crewdson’s scenes are tangibly atmospheric: visually alluring and often deeply disquieting. Never anchored precisely in time or place, these and the other narratives of Beneath the Roses are rather located in the dystopic landscape of the anxious American imagination.

Crewdson’s latest project falls into the tradition of classic American genres that explore the conflation of theater and everyday life. His tableaux, in their fine detail and focus on the perplexing psychology of vernacular America, evoke the paintings of Edward Hopper and the photographs of Walker Evans and Diane Arbus. At the same time, in their vast scope and relentless grip, Crewdson’s images inevitably bring to mind the world of film-particularly the work of Alfred Hitchcock, Douglas Sirk, and Terrence Malick. Indeed, Crewdson’s process and approach are patently cinematic. Beneath the Roses has taken shape over the course of three years with the collaboration of a full production team. His projects are made both on studio soundstages and on location in various small towns. After the photograph is taken, Crewdson continues his obsessive process in post-production, using state-of-the-art digital composting and special effects. And in the end-like film at its best-Crewdson’s fictions, elaborately staged and plotted though they may be, convey an experience that is intensely real.

This show will open concurrently with exhibitions at White Cube in London and Luhring Augustine in New York. A mid-career survey of Crewdson’s work will open at the Kunstverein Hannover in September 2005 and will subsequently travel to Landesgalerie Linz, Austria; the Kaiser-Wilhelm-Museum Krefeld, Germany; and the Fotomuseum Winterthur, Switzerland. 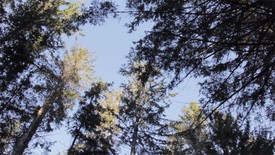 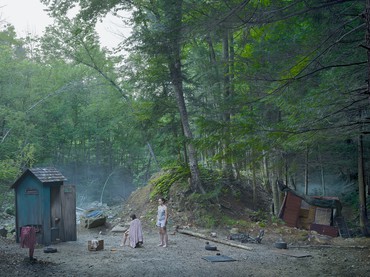 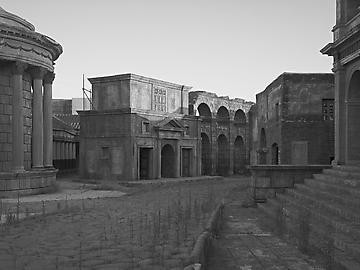 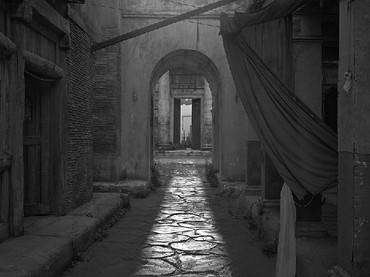