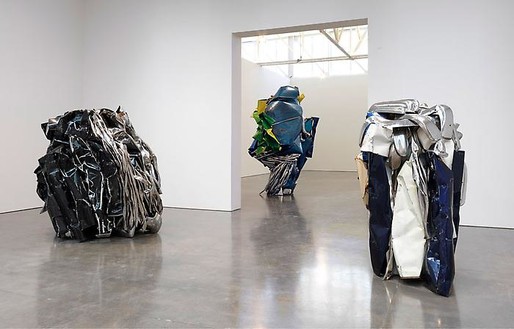 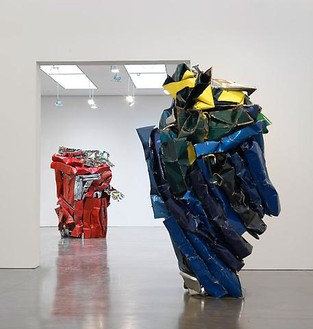 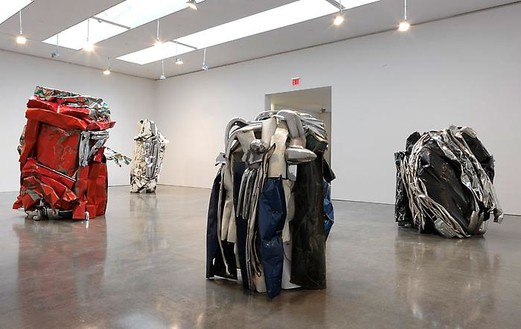 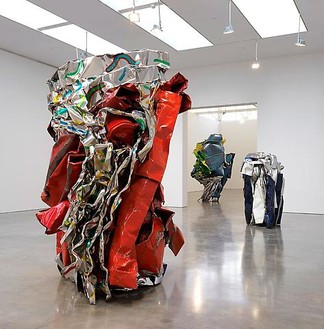 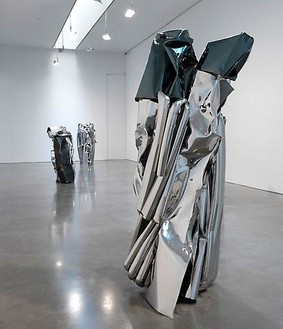 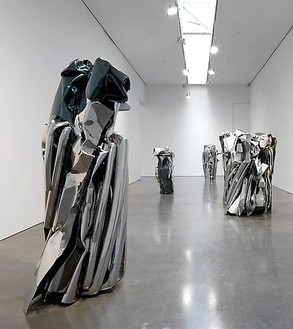 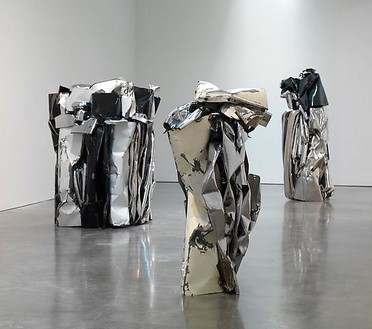 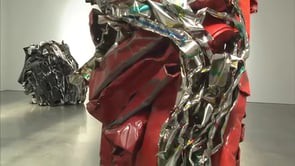 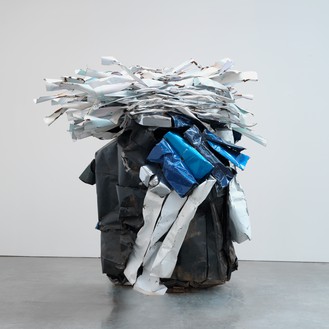 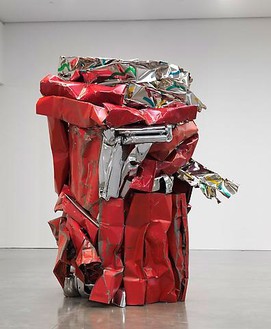 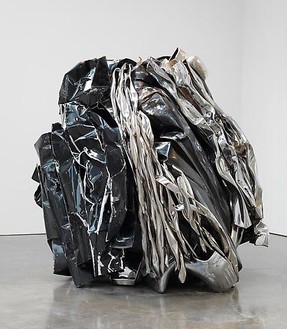 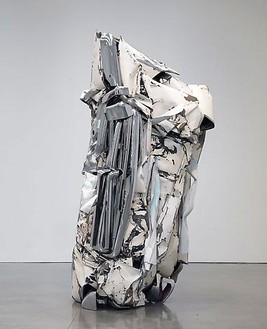 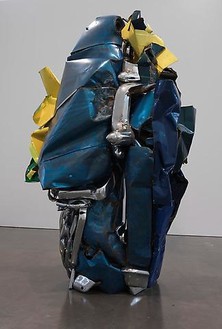 I think of my art materials not as junk but as garbage. Manure, actually—it goes from being the waste material of one being to the life-source of another.
—John Chamberlain

Gagosian is pleased to announce worldwide representation of John Chamberlain with an exhibition of new sculptures by the artist, to be presented concurrently at the 24th Street gallery in New York and the Britannia Street gallery in London.

Chamberlain is best known for his distinctive metal sculptures constructed from discarded automobile-body parts and other modern industrial detritus, which he began making in the late 1950s. His singular method of putting these elements together led to his inclusion in the paradigmatic exhibition The Art of Assemblage, at the Museum of Modern Art in 1961, where his work was shown alongside modern masters such as Marcel Duchamp and Pablo Picasso.

Chamberlain’s sculptures boldly contrast the everyday, industrial origin of their materials with a cumulative formal beauty, often underscored by the given paint finish of the constituents. The process of construction has its roots in industrial fabrication, given that mechanical car crushers may impart preliminary form to the raw material, which Chamberlain then further manipulates. Visibly emphasizing the original seams as well as the physical trace of his sculptural manipulations, he constructs assemblages that emphatically unite seemingly disparate mechanical elements. Crumpling, crushing, bending, twisting, painting, and welding the metals to form individual objects, which may be further sprayed, he combines them into aggregations, often on a monumental scale. The new works are made of metal taken from midcentury American and European cars.

Chamberlain’s emphasis on discovered or spontaneous correlations between materials, rather than a prescribed idea of composition, has often prompted descriptions of his sculptures as three-dimensional Abstract Expressionist paintings. The energetic lines created by the stacks of metal in CLOUDEDLEOPAROEXPRESSO (2010) or the vertical streams of line searching upwards in TAMBOURINEFRAPPE (2010) bring to mind the gestural approach of Jackson Pollock and Willem de Kooning, while the contrasting widths and muscular forms of various combined metal elements in TASTEYLINGUS (2010) recall Franz Kline’s strong painterly brushstrokes. Chamberlain openly credits de Kooning, Kline, and David Smith as early influences on his own artistic development. His works are widely recognized as representing a major transition in the history of modern—and particularly public—sculpture, when industrial materials became an acceptable and, eventually, preferred medium.