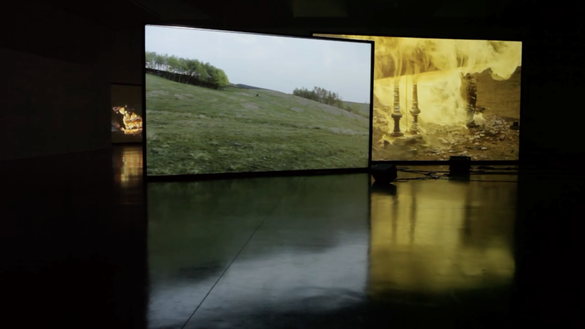 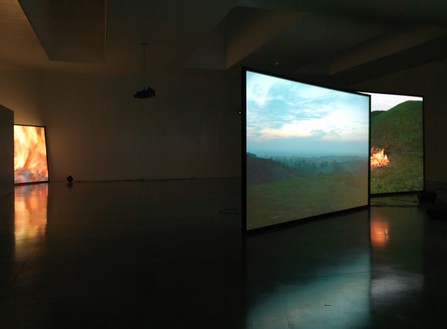 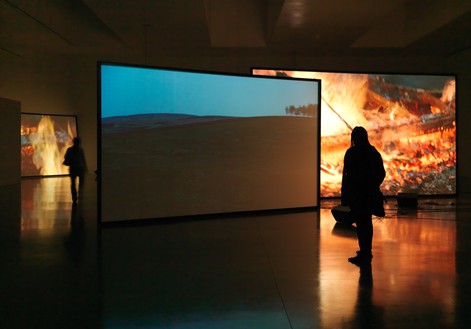 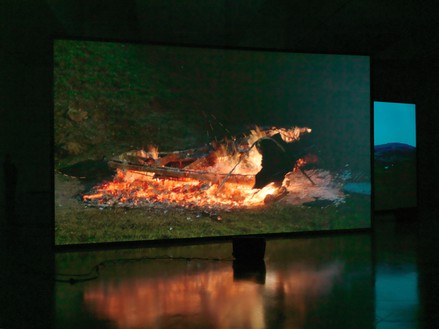 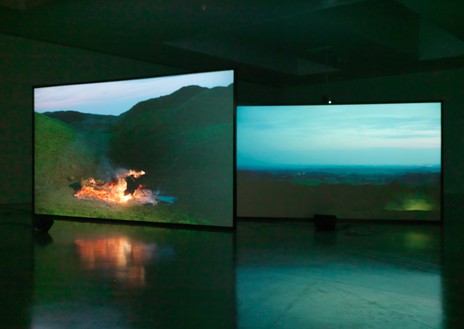 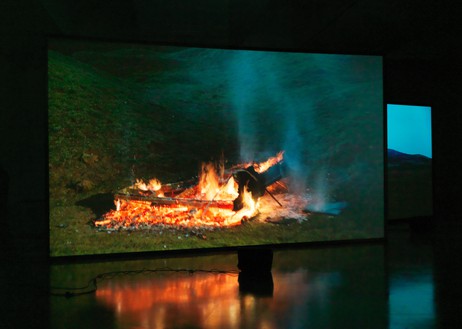 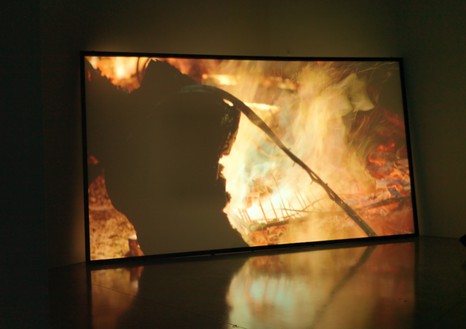 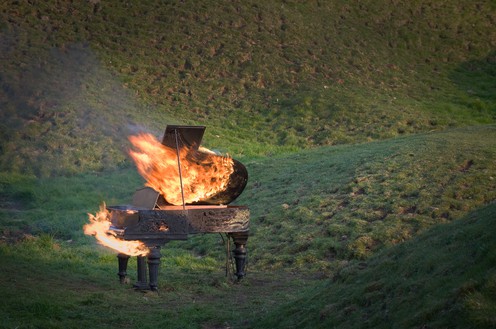 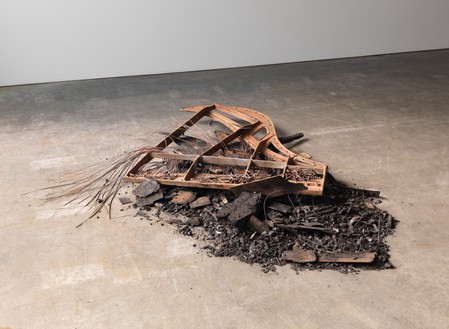 I wanted to do something with a piano in a landscape of some significance and I suppose, as a Scotsman, there’s nothing more significant than the border. I thought it was beautiful to look from one country into another and I liked the idea that Hadrian’s Wall is, under a certain interpretation, a great end of civilization. . . . I was overwhelmed to be in a landscape of such beauty, and with such a huge unfathomable history.
—Douglas Gordon

Gagosian is pleased to present The End of Civilisation, a major film installation by Douglas Gordon.

Gordon is a conjurer of collective memory and perceptual surprise whose tools include the commodities and mechanisms of everyday life. Into a diverse body of work—which spans narrative video and film, sound, photographic objects, and texts both as site-specific installation and printed media—he infuses a combination of humor and trepidation to recalibrate reactions to the familiar. An early work, 24 Hour Psycho (1993), slowed down Alfred Hitchcock’s legendary film into a full day’s duration, attenuating the horror until any sensation of suspense ceased to exist. In 2006, Gordon collaborated with Philippe Parreno on the general-release feature film Zidane: A 21st Century Portrait, in which multiple cameras tracked every action and emotion of the soccer star during an important game.

In The End of Civilisation, a grand piano burns at a remote site deep in the Cumbrian landscape. This lushly green and desolate locale overlooking the boundary between England and Scotland was once the border of the Roman Empire. The grand piano, emblematic of high culture as both a finely crafted instrument and a beautiful sculptural object, is destroyed at the primeval edge of civilization. With this symbolic conflagration, Gordon re-enacts an ancient local tradition of igniting beacons as an admonition or communication. Inspired in part by the journey of the 2012 Olympic torch across the British Isles, The End of Civilisation is both a celebration and a warning—of fire as a symbol of optimism and hope, but also of risk, danger, and destruction.

The film is shown on multiple screens and with layered sound. One screen is devoted to a close recording of the burning piano, from when it is first set alight to when it has been reduced to ashes. Another presents a panning shot of the tranquil surrounding landscape—occasionally, licks of flame or wisps of smoke invade the periphery of the screen, the only indication that the seemingly serene landscape is in close proximity to a raging fire. The End of Civilisation was first screened on July 5, 2012, at the Tyne Theater, on the site of Hadrian’s Wall in Newcastle City Center as part of the London 2012 Cultural Olympiad. Commissioned by Great North Run Culture and Locus+, the film was funded by Arts Council England. It is part of the London 2012 Festival.