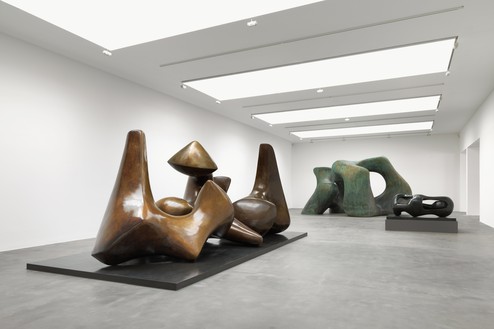 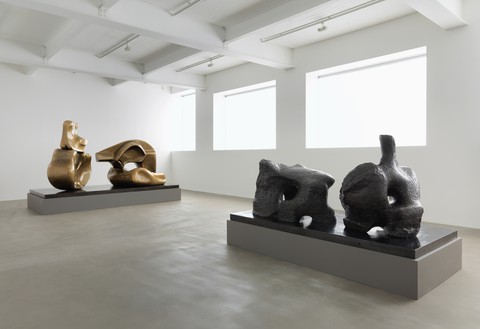 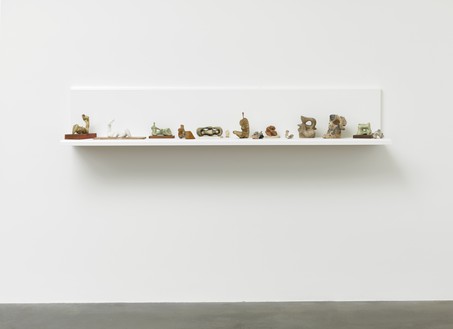 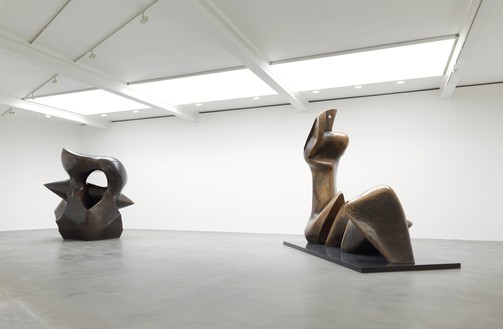 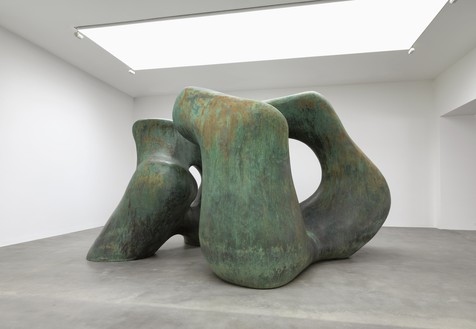 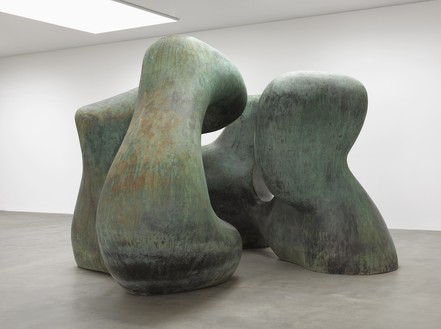 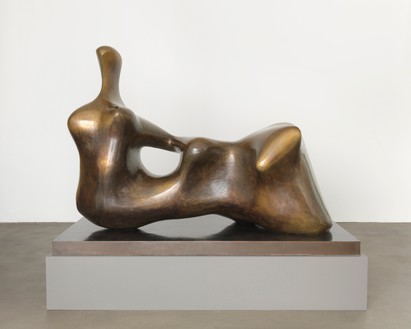 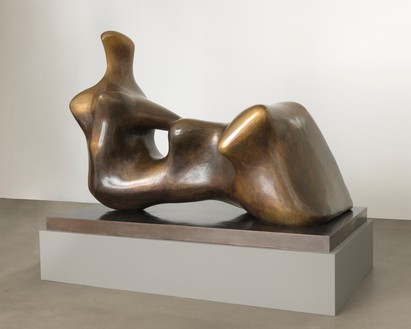 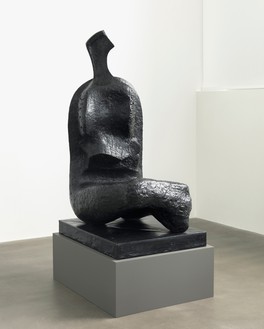 Everything I do, I intend to make on a large scale. . . . Size itself has its own impact, and physically we can relate ourselves more strongly to a big sculpture than to a small one.
—Henry Moore

Gagosian, in collaboration with the Henry Moore Foundation, is pleased to present a major exhibition of large-scale sculptures by Henry Moore, some of which are being presented indoors for the first time.

Moore’s oeuvre, emblematic of modern British sculpture, is informed by elements of the abstract, the surreal, the primitive, and the classical. His rolling corporeal forms are as accessible and familiar as they are distinctly avant-garde. Moore’s first solo sculpture exhibition was held in London in 1928; by the late 1940s he had become one of Britain’s most celebrated artists with a diverse body of work that encompassed drawings, graphics, textiles, and sculpture. In the following decades he continued to receive increasingly significant sculpture commissions, following a major retrospective at the Museum of Modern Art in New York in 1946 and winning the international prize at the Venice Biennale in 1948. His heightened success and fame provided him with the means to work increasingly in bronze rather than by direct carving, thus achieving the monumental scale that he had always desired for his work. His large-scale sculptures have been placed in indoor and outdoor environments all over the world, including Kenwood House, London; Dallas City Hall Plaza; Tiergarten, Berlin; the University of Chicago; Exchange Square, Hong Kong; UNESCO headquarters, Paris; Lincoln Center, New York; the National Gallery of Art, Washington, DC; the United Nations Headquarters, New York; the Houses of Parliament, London; St. Paul’s Cathedral, London; and the Hiroshima City Museum of Contemporary Art, Japan.

Moore’s large-scale sculptures celebrated the beauty and power of organic forms at a time when traditional representation was largely eschewed by the vanguard art establishment. Their prodigious size and forceful presence have an overwhelming physicality that promotes a charged relation between sculpture, site, and viewer. In Two Piece Reclining Figure No. 2 (1960), the rough texture of the patinated dark surface infuses the large corpus with a certain brutalism, the stunted head and blocky limbs akin to arched geological formations, weathered from time immemorial. Reclining Figure: Hand (1979) is immediately identifiable as a human form despite its modulated stylization; the softly rounded, cloudlike body attests to Moore’s more exploratory impulses when compared to Large Four Piece Reclining Figure (1972–73) and Reclining Connected Forms (1969), where he alludes to body parts using the vocabulary of mechanical components. Large Two Forms (1966) and Large Spindle Piece (1974) evidence an interest in both natural and human-made objects.

It was Moore’s intention that these large-scale forms be interacted with, viewed close-up, and even touched. In order that their heft and mass could be perceived in a myriad of settings, they were most commonly placed outdoors, subject to the effects of changing light, seasons, and terrain. Within the controlled white environment of the gallery space, the sheer volume and mammoth proportions of the sculptures are more keenly felt. Brimming with latent energy, their richly textured surfaces and sensual, rippling arcs and concavities can be seen to new effect.

A fully illustrated catalogue, featuring essays by Anita Feldman and Anne Wagner, will accompany the exhibition. 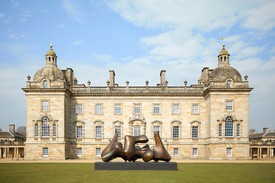 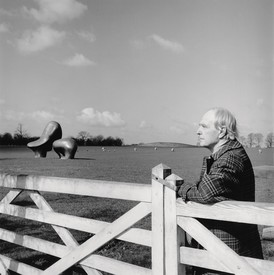 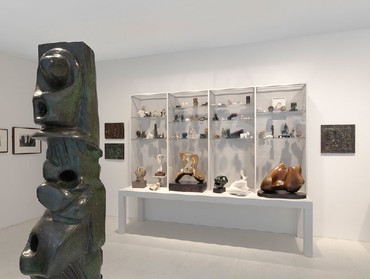 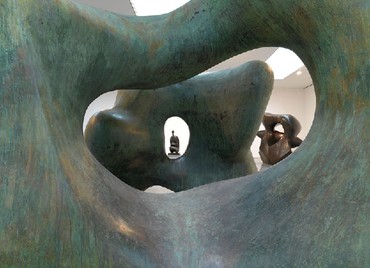 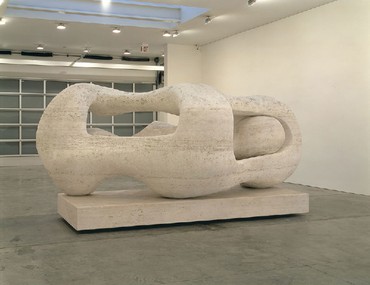