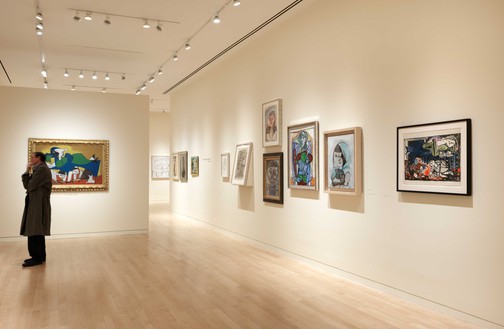 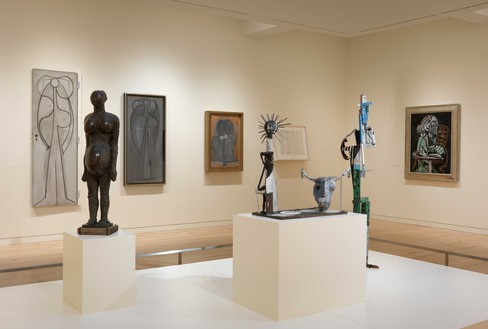 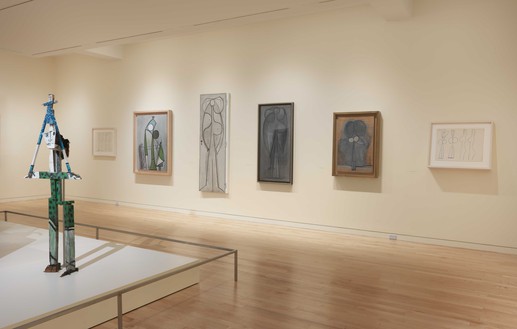 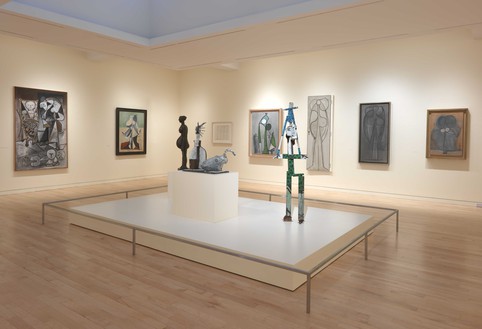 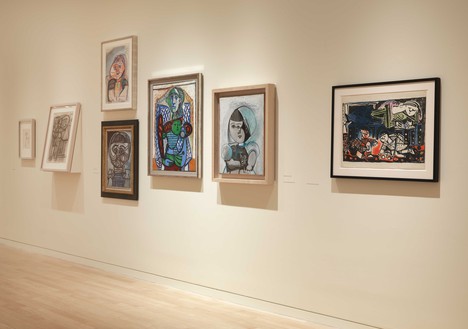 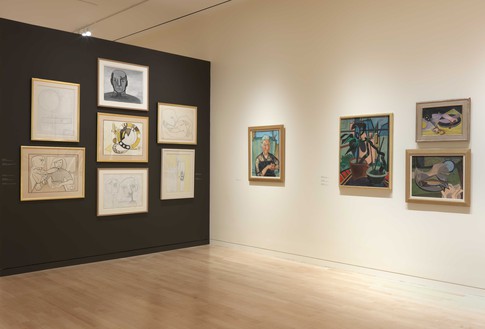 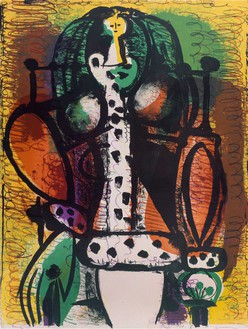 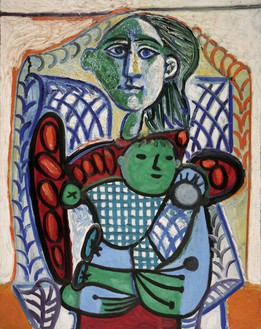 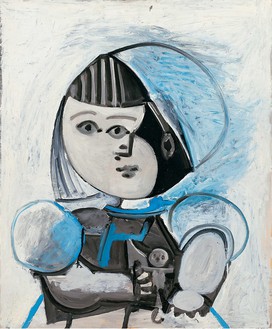 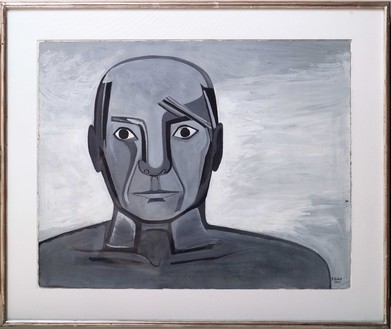 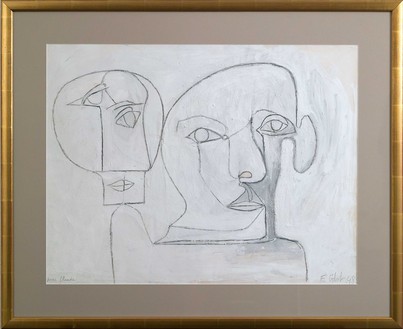 Françoise Gilot, Self-Portrait as an Owl with Pablo, 1948

Everybody has the same energy potential. The average person wastes his in a dozen little ways. I bring mine to bear on one thing only: my paintings, and everything else is sacrificed to it . . . myself included.
—Pablo Picasso

You see, for me a painting is a dramatic action in the course of which the reality finds itself split apart. For me, that dramatic action takes precedence over all other considerations. The pure plastic act is only secondary as far as I’m concerned. What counts is the drama of that plastic art, the moment at which the universe comes out of itself and meets its own destruction.
—Françoise Gilot

Gagosian is pleased to present Picasso and Françoise Gilot: Paris–Vallauris 1943–1953, the fourth major exhibition in an ongoing series on the life and work of Pablo Picasso, following the critical and popular success of Picasso: Mosqueteros (2009), Picasso: The Mediterranean Years (2010), and Picasso and Marie-Thérèse: L’amour fou (2011). The exhibition includes many important loans from museums, including the Museum of Modern Art, New York; and the Israel Museum, Jerusalem; as well as from private lenders.

This exhibition is a departure from its precedents in that it has been conceived as a visual and conceptual dialogue between the art of Picasso and the art of Françoise Gilot, his young muse and lover during the period of 1943 to 1953. The result of an active collaboration between Gilot and Picasso’s biographer John Richardson, assisted by Gagosian director Valentina Castellani, Picasso and Françoise Gilot celebrates the full breadth and energy of Picasso’s innovations during these postwar years, presenting Gilot’s paintings alongside his marvelously innovative depictions of her and their family life. It is the first time that their work has been exhibited together—that the painterly dialogue between the fascinated mature male artist and the self-possessed young female artist can be retraced and explored.

The years that Picasso spent with Gilot represented an era of great change: Europe was emerging from World War II with a pronounced political dedication to peace, and Picasso was experiencing the joy of a new partner and family, with the births of Claude and Paloma. He also moved from Paris to his first permanent residence in the south of France at Vallauris. It was a period of transformation in his paintings that coincided with great inventiveness in a range of new mediums including lithography, sculpture, and ceramics. He announced Gilot’s presence as his muse in nuanced, romantic paintings such as Femme assise (1946), Femme au collier jaune (1946), and Femme dessinant (Françoise) (1951). The exhibition includes four variations of the iconic La femme-fleur. He crafted radical sculptural assemblages, such as Femme portant un enfant (1953) and Anatomie feminine (1946), from industrial debris collected while walking the hills of Vallauris. He immortalized Gilot’s striking beauty and vitality in pioneering lithographs created at the Atelier Mourlot; and at the Ramié pottery studio, he revolutionized the production of ceramics, creating playful and exuberant editions available to a new and wider audience.

Although she was only twenty-one years old at the time she met Picasso, Gilot was already an accomplished artist. Later she would align herself with Réalités Nouvelles, a group of radical abstractionists headed by Nicholas de Stael and Sonia Delaunay. Nor was Gilot a great admirer of Picasso; she much preferred Braque, whose work left a visible impression on her own style. Picasso and Françoise Gilot includes key paintings by Gilot—self-portraits such as Portrait en noir (moi-même au travail) (1943) and Le peintre (portrait de moi-même au travail) (1946); still lifes; and depictions of Picasso and their children that chart her own stylistic transformations over the decade they spent together. Several of the paintings exhibited were included in Gilot’s 1943 Paris exhibition Picasso visited the week after they met. It is a great honor for Gagosian to collaborate on this historic and unprecedented exhibition with Françoise Gilot, who to this day remains an active artist.

The Madison Avenue galleries have been transformed by architect Christian Hubert, and the exhibition is accompanied by a fully illustrated catalogue that includes a dialogue between Richardson and Gilot, as well as essays by Charles Stuckey and Michael Cary.

Review: A Portrait of the Artist as an Old Man in Love by Ken Johnson
New York Times
PDF
Picasso Reconsidered by Katya Kazakina
Bloomberg
PDF