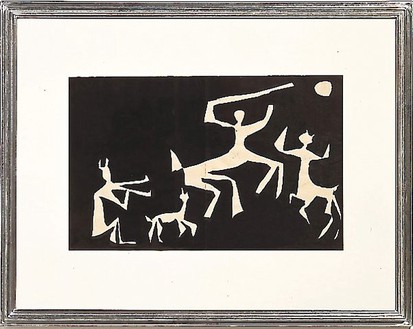 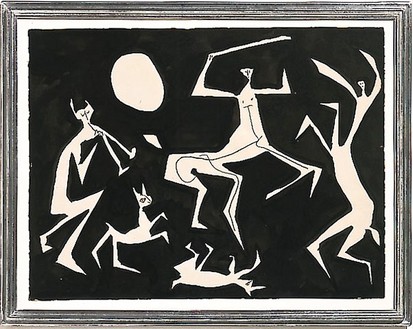 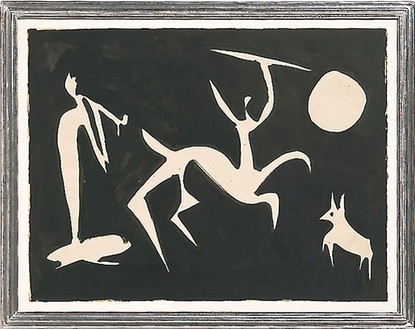 Gagosian is pleased to present an exhibition of eleven drawings by Pablo Picasso entitled Jeux de Centaures. This series, depicting dancing centaurs and pipe-playing fauns, was created to provide the cover design for the 1948 season of the Ballet des Champs-Elysées in Paris.

Picasso’s interest in the spectacle dates back to his early youth, as seen in his many renderings of circus and music hall scenes. His first real participation with the ballet was in 1917 with Parade, during which he spent eight weeks in Rome with Jean Cocteau, Serge Diaghilev, and Léonide Massine.

The theme of the centaur and the pipe-playing faun was highlighted in a group of Picasso’s drawings (Zervos XIV, 203–223) made in the south of France in 1946. This renewed interest in classical references was inspired by his surroundings in the town of Antibes, the ancient site of Antipolis. Furthermore, the reverse technique of ink on paper, where the image consists of negative blank space and is silhouetted by ink laid solidly in the background, recalls the same process used in painting his ceramics, suggesting the importance and relevance of his own past.

Like all the pictures in the Musée Picasso at Antibes, these drawings reflect a happy period in the artist’s life. The joie de vivre inspired by the birth of his children, his involvement with music and dance, and his playful readaptation of the ceramic techniques defines this period in Picasso’s career. 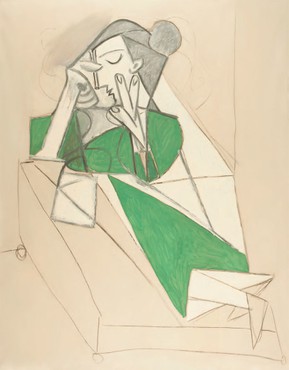 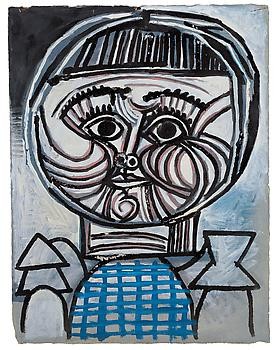 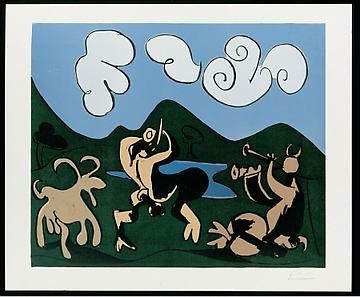 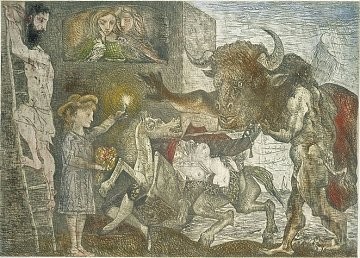