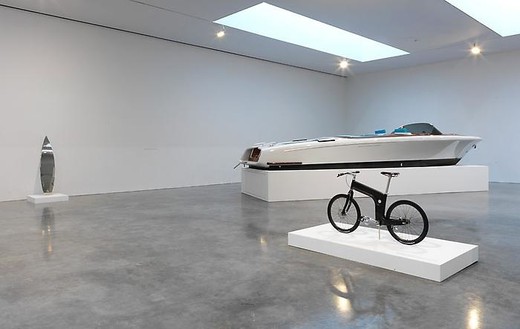 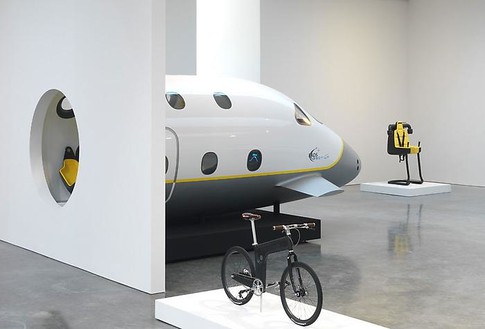 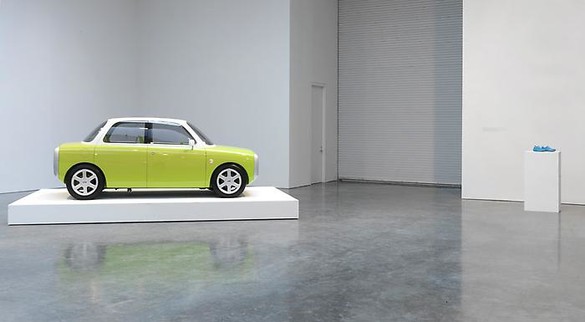 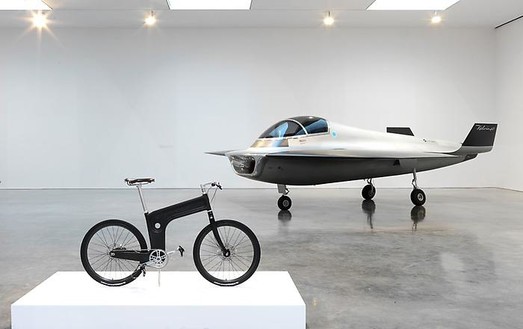 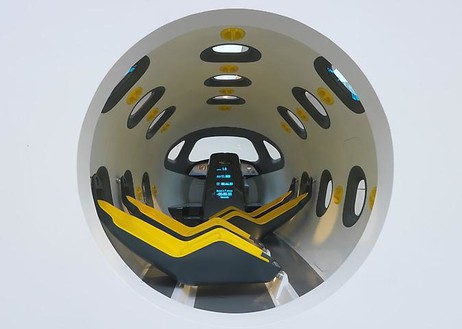 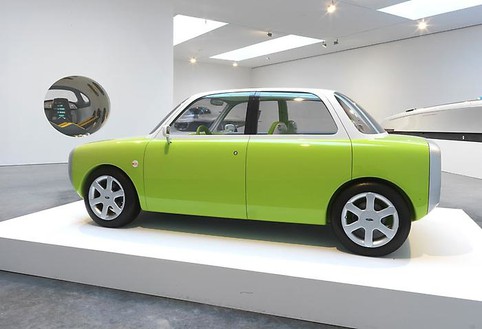 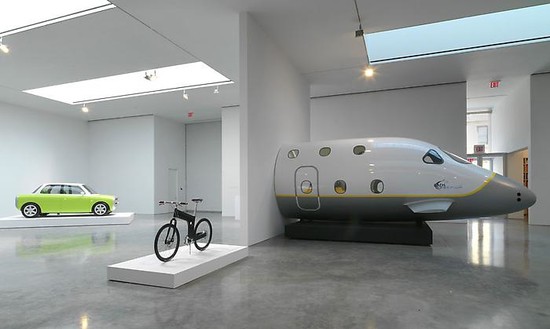 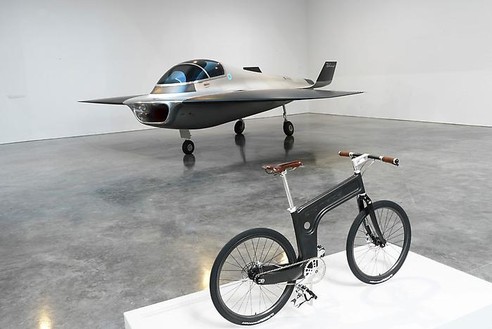 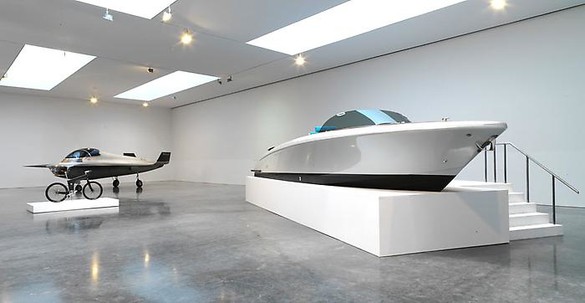 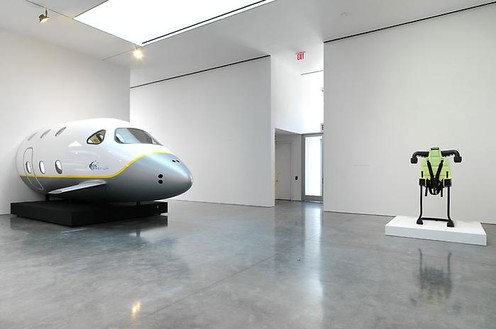 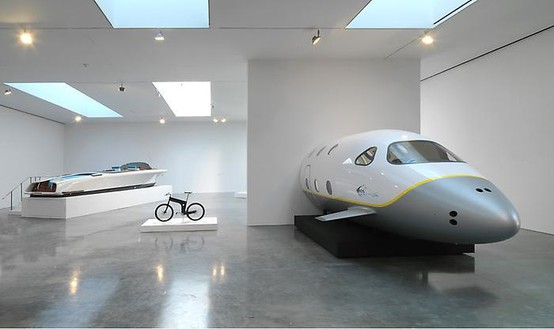 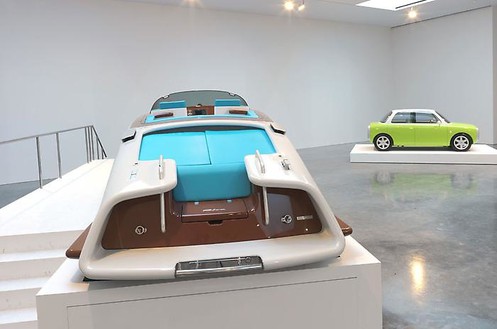 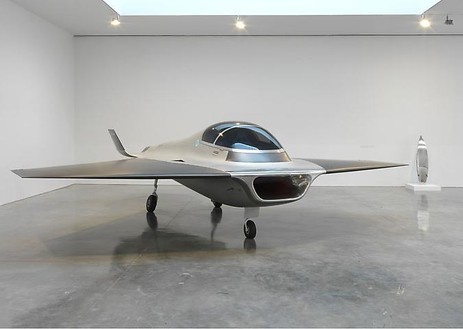 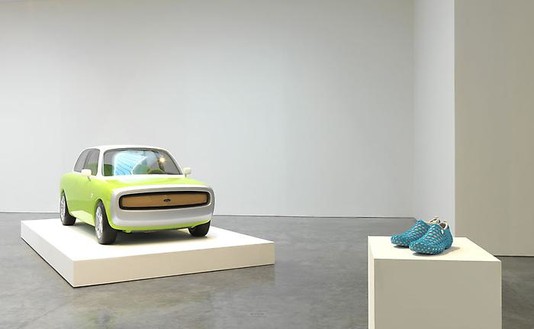 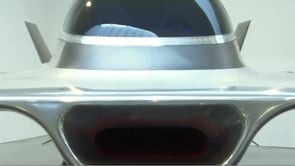 As a kid obsessed with designing and making things, post-war Italian design was a huge source of inspiration. I was amazed by the seamless ability of designers and industry to produce every conceivable type of industrial product, from furniture to automobiles. My own career has undoubtedly been influenced by the Italians’ impact on so many areas of design.
—Marc Newson

Gagosian Gallery is pleased to announce “Transport,” a thematic exhibition by Marc Newson that brings together for the first time all of his major designs and realized products for transport and human locomotion since 1999.

“Transport” will premiere Aquariva by Marc Newson, Newson’s reinterpretation of the famous leisure speedboats produced by the iconic Italian boatmaker Riva. Drawing on the contemporary Aquariva and its predecessor of the 1960s, the glamorous Aquarama, Newson has infused the classic model with his streamlined and forward-looking style using ideas imported from his innovative work in automotive and aerospace design. These include the use of phenolic textile composite — a durable laminate made from linen and resin that made its first appearance in Newson’s furniture designs in 2007 — in place of traditional mahogany for the deck; anodized aluminum for discreet hooks, cleats, handles, and holds; a streamlined instrument panel, and a wrap-around laminated windscreen made from a single sheet of glass. The modified interior – upholstered in the collector’s choice of punchy colors including a vivid turquoise as an update of the original tone used for the Aquarama — includes separate driver and passenger seats, and a functional dining area. Aquariva by Marc Newson, custom-built in the original Riva boatyards, is produced in an edition of 22 and available exclusively through Gagosian Gallery.

Situating Aquariva by Marc Newson within the breadth and reach of Newson’s enduring obsession with human and mechanical locomotion, “Transport” explores the full range of his vehicle design. Some have been commissioned by leading international corporations specializing in automotive, aerospace, and nautical design, others designed for pure pleasure. From MN Special (2008), a lightweight carbon fiber bicycle designed for Biomega, to EADS Astrium Space-Plane prototype (2007) designed for commercial space tourism; from the mirror-like Nickel Surfboard (2006) designed for competitive tow-in surfing, to Kelvin40 (2003), a small, idiosyncratic jet plane named after the main character in Tarkovsky’s Solaris and commissioned by Fondation Cartier pour l’art contemporain; from the “convertible” Zvezdochka trainer for Nike (2004), designed for general use by Russian cosmonauts in the International Space Station and named after the fifth Russian dog in space, to the endearing Ford 021C urban concept car (1999), Newson’s imagination reveals a sense of playfulness and fun behind the requisite rigor of the modern design mind.

Newson approaches design as an experimental exercise in extreme structure and advanced technologies, combined with a highly tactile and exacting exploration of materials, processes, and skills. As an industrial designer, his reach is broad and diverse, from concept jets and cars to watches, footwear, jewelry, restaurants, and aircraft interiors. Since the outset of his career, he has also produced beautifully crafted, limited-edition furniture, including the iconic Lockheed Lounge (1986). In a world where the distinctions between art and design are becoming increasingly blurred Newson is a trailblazer, having pursued parallel activities in exclusive and mass production for more than twenty years.

Marc Newson was born in Sydney, Australia in 1963 and studied sculpture and jewelry design at Sydney College of the Arts. Parallel to his career as an industrial designer, he has exhibited limited edition works and projects in galleries and public institutions since 1986, including Fondation Cartier pour l'art contemporain, Paris (1995, 2004); Powerhouse Museum, Sydney (2001); the Groninger Museum, Netherlands (2004); and London Design Museum (2004-2005). Newson had his first major exhibition with Gagosian New York in 2007, followed by a second exhibition in Gagosian London the following year. He is a Royal Designer for Industry in the UK and currently Creative Director of Qantas Airways. Earlier this year he received an honorary doctorate from the University of Sydney. An extensive monograph on his work is forthcoming from Taschen.

Newson lives and works in London. 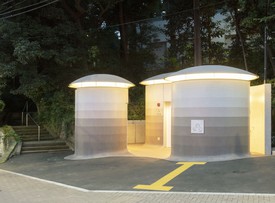 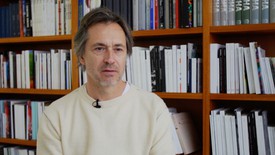 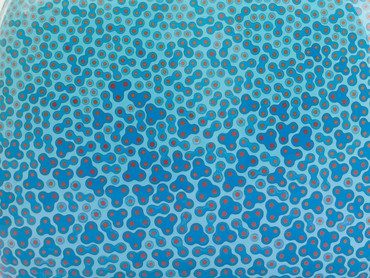 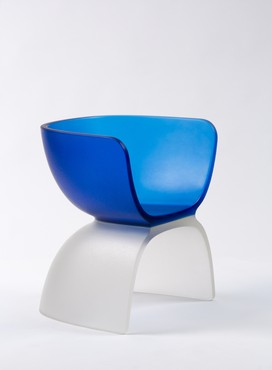