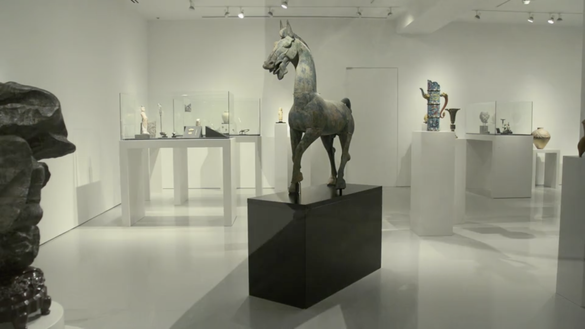 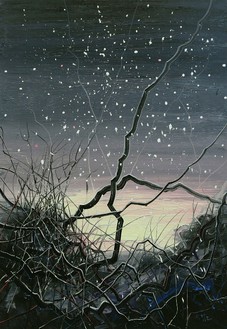 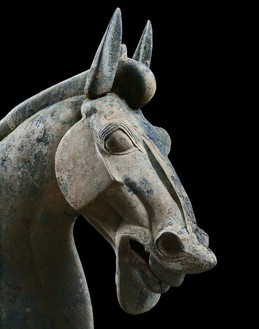 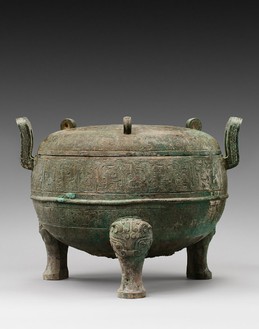 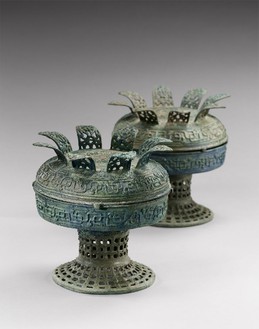 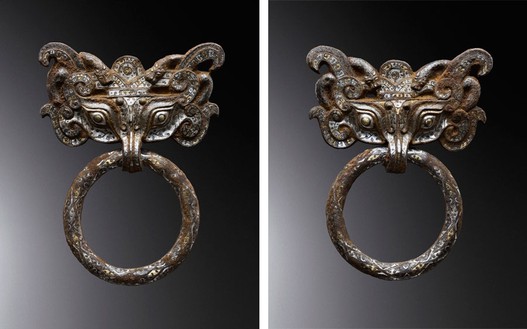 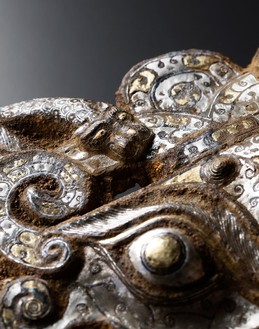 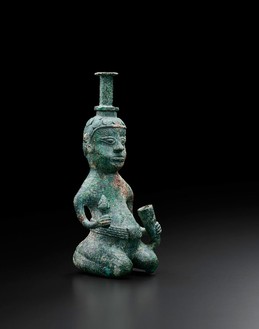 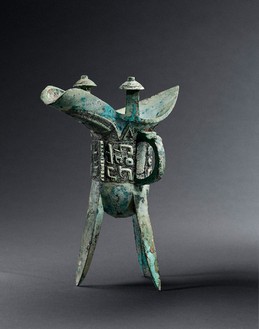 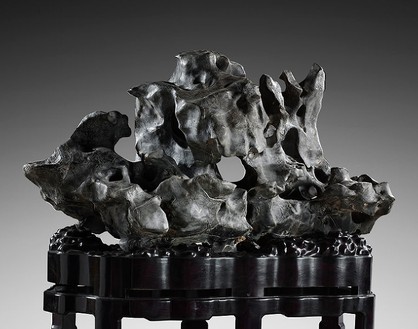 The exhibition brings together more than forty works that each epitomize the technical perfection and artistic creativity of their respective regions and eras, from the late Shang period (1600–1050 BCE) to the Ming Dynasty (1368–1644). This includes a monumental, partially gilded bronze guardian figure, first acquired in 1918 by prominent dealer Yamanaka Sadajiro; a Shang dagger made from jade, bronze, and turquoise; a Sui Buddha head carved in white marble; and earthenware sculptures dating from the Han and Tang periods. An intricately patterned vessel from the late Shang Dynasty is among a selection of rare bronzes, each of which played an essential role in ceremonies intended to spiritually unite the living with their ancestors. An almost life-size bronze horse of rare quality and scale from the Eastern Han period is modeled after the “heavenly horses,” a superior breed discovered in the Ferghana Basin of Central Asia, known today as Afghanistan.

Zeng Fanzhi’s large oil painting is both a complement and a counterpoint to these historical treasures. His ominous nocturnal landscapes both embrace and upend tradition, enlivening more conventional modes of representation with spontaneous bursts of color. In Untitled (2014), classical modeling of the figurative subject is combined with passages of pure abstraction, evoking a lineage that begins in the subtly expressive depictions of idealized landscapes of the Song Dynasty. Gnarled branches crisscross the lower registers of an ombré twilight while white paint splatters form snowflakes in the darkening sky. From controlled calligraphy to gestural spontaneity, Zeng puts virtuoso painting techniques at the service of potent visual allegories.

For the past thirty years, Gisèle Croës Arts d’Extreme-Orient has promoted the understanding and appreciation of Oriental art. Since 1980 Croës has participated in the European Fine Art Fair, Maastricht, Netherlands; the International Asian Art Fair, New York; and the Biennale des Antiquaires, Paris. Its ambitious exhibition program is accompanied by beautifully designed and scholarly catalogues. The gallery, designed by Belgian architect Marc Corbiau, is located in an elegant nineteenth-century townhouse near the Abbaye de La Cambre in Brussels. 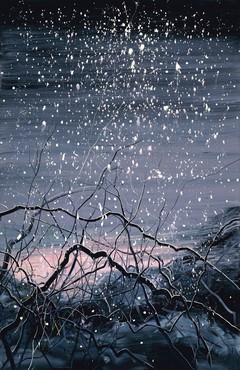 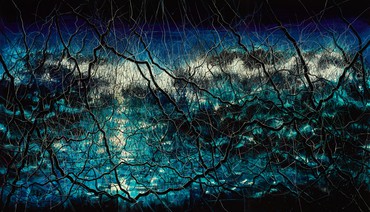 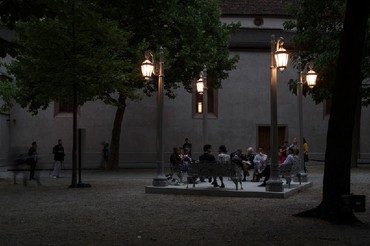