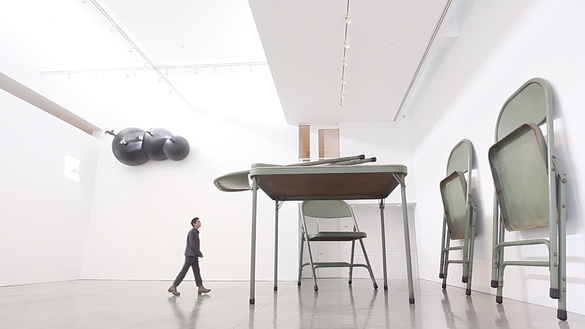 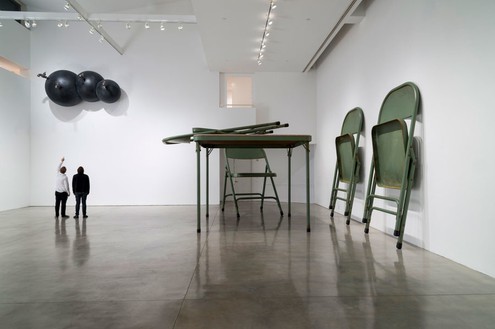 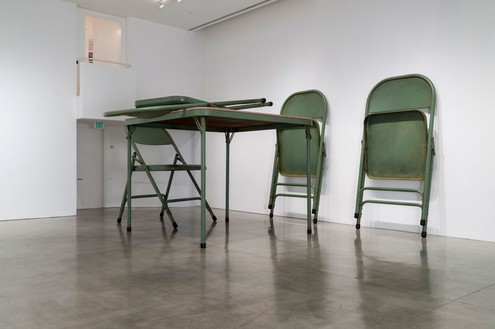 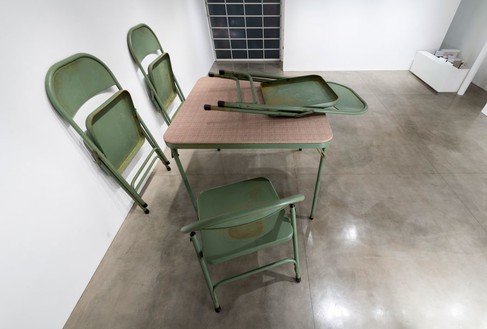 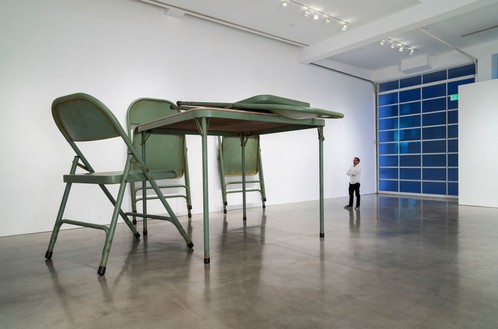 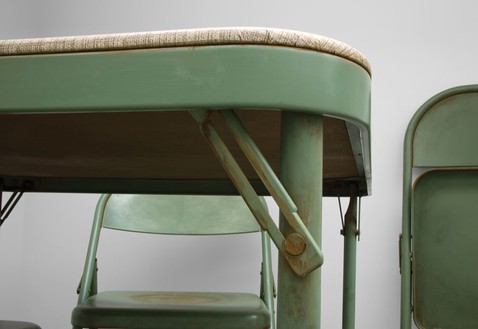 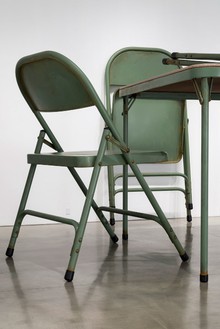 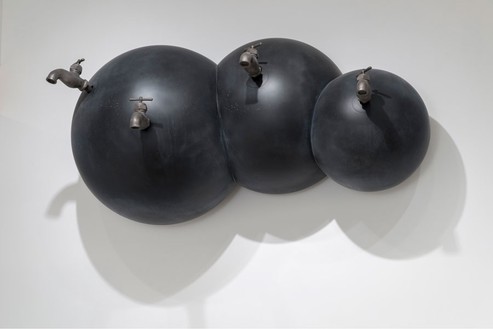 Gagosian Beverly Hills is pleased to present a major installation by Robert Therrien.

Therrien’s work has clear links to the generation of Pop and Conceptual artists that preceded him, yet embodies a distinctive mix of his affinities for folk culture, cartoons, and American design. Working in two and three dimensions and with great attention to the effects of scale, he transforms elements from the culture of everyday life into artworks that evoke classical archetypes. His art invites psychological interpretation, given its evident concern with childhood narratives, while remaining firmly objective due to its uncanny proximity to the real and its relationship with the minimal.

A significant breakthrough for Therrien came in 1993 with No title (Table leg), marking a shift from previous, less representational works. Shortly thereafter, Under the Table (1994), a colossal wooden kitchen table and chair set, further defined what was to be a pivotal moment in his career. By recreating everyday objects true to their original appearances but on an exponentially larger scale, Therrien dramatically altered the relationship of viewer to artwork. No title (Folding table and chairs, green) (2008) comprises four enormous and uniformly rusted chairs and one card table in pale institutional green. Given their great scale, the viewer can walk around and beneath them. The shift in perspective and dwarfing experience renders a familiar domestic situation suddenly intimidating and surreal. Other sculptures renew Therrien’s familiar leitmotifs, including a playful yet imposing black storm cloud whose silhouette sprouts a series of four faucets.

Inspired by Therrien’s personal collection of ubiquitous folding steel furniture, No title (Folding table and chairs, green) stands, literally, as a monument to industrial design. Although viewers are immediately conscious of the enlarged scale of the furniture, the perfect replication of each specific feature prolongs the fantasy. Actual rust has been created across the surfaces to match the wearing patterns of the originals on which the art is modeled. The printed vinyl tabletop, which is all but invisible from below, is similarly convincing. True to the original designs not only in appearance but also in functionality, each enormous component is foldable. To fully encounter this deadpan though marvelous installation in all its veracity is to suspend disbelief. As with all great storytellers, the ultraprecision of Therrien’s approach transcends fiction. 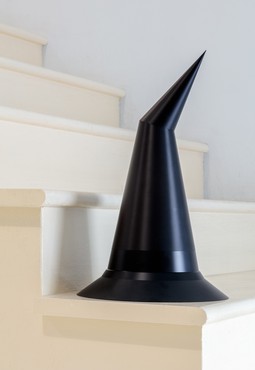 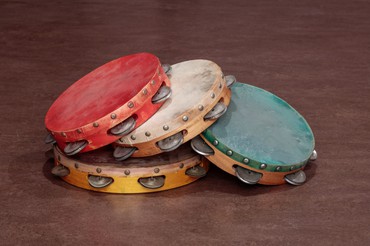 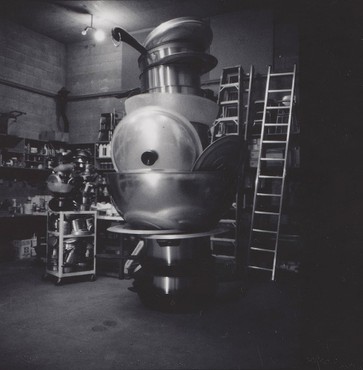