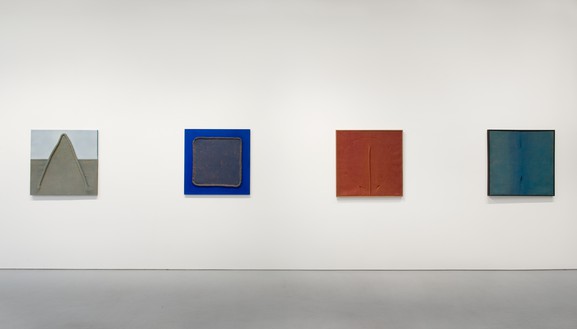 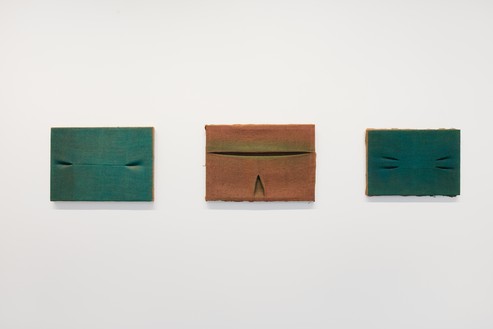 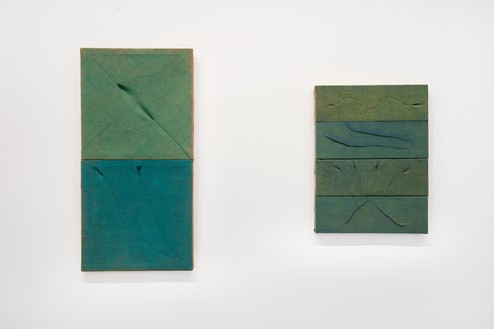 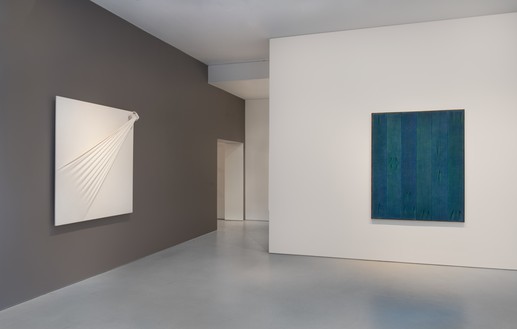 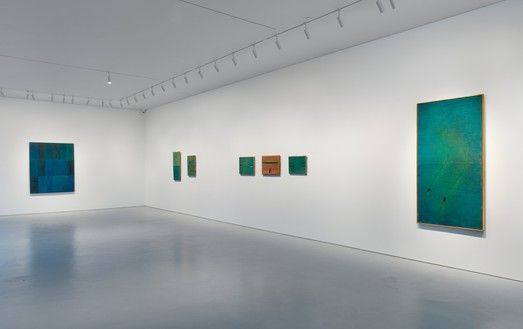 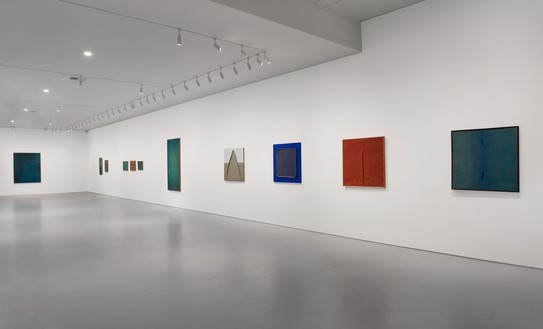 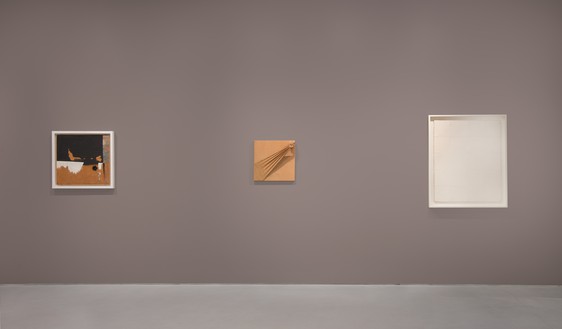 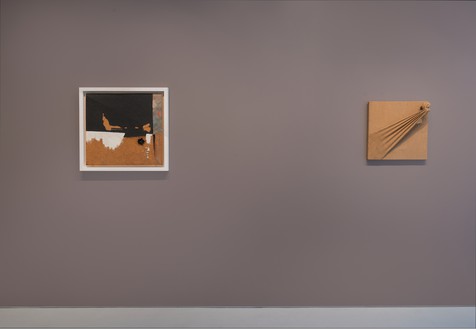 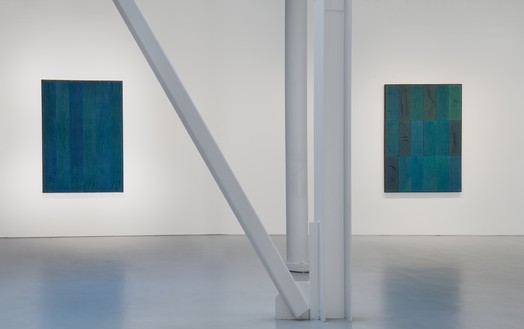 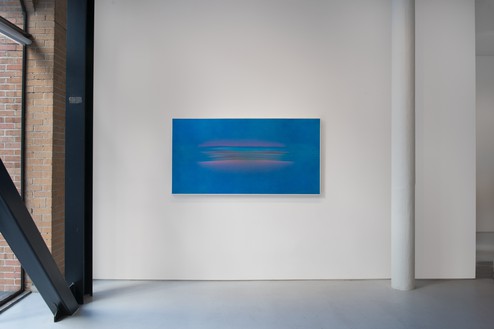 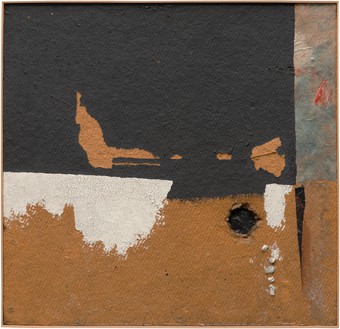 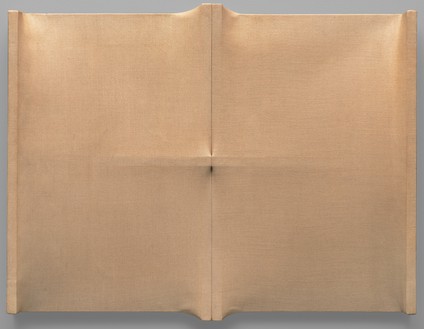 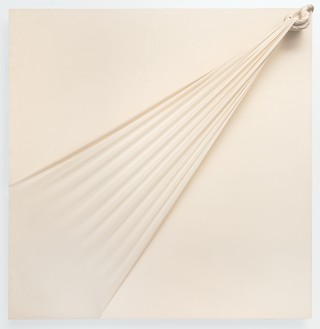 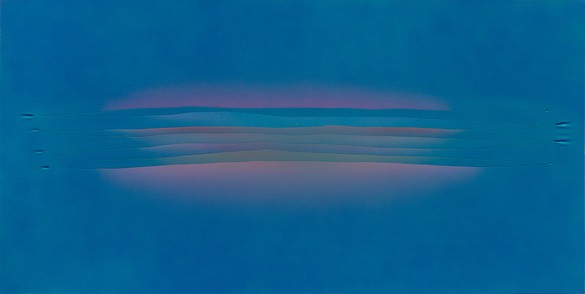 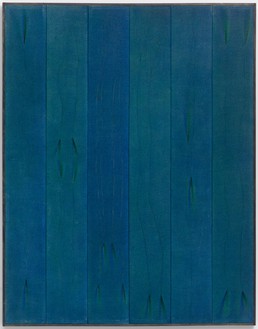 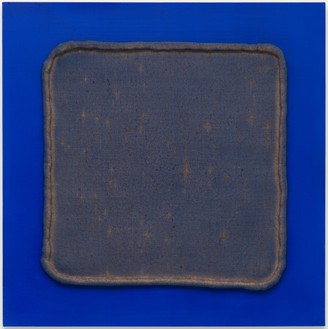 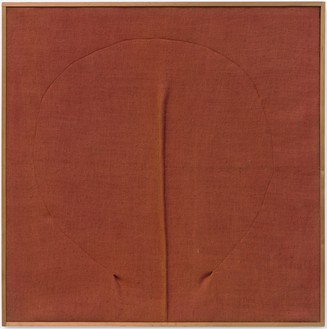 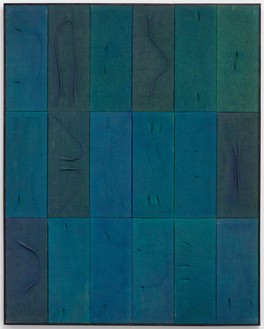 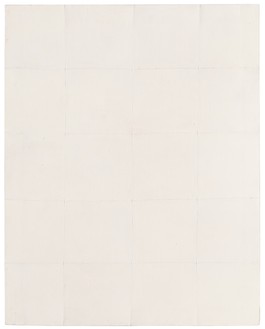 The Gutai Art Association (GAA), formed in 1954 in Osaka, Japan, asserted individual creativity and international outreach following Japan’s wartime isolationism. In relation to Art Informel, Abstract Expressionism, the Dutch Nul collective, and more, Gutai reveals late modernism to be a both global and local network. In 1972, following the death of their cofounder Yoshihara Jirō, members of the GAA gathered to discuss disbanding. Maekawa decided to extend his practice beyond Yoshihara’s imperative “Do what no one has done before!” He continued sewing burlap into intricate waveforms, but instead of focusing on the performative radicality that typified Gutai, his subsequent work reveals a shift to methodical experimentation, using thinner layers of paint and refined tactile effects, such as impressions left in the burlap from his own fingers.

Beyond Matter features thirteen of Maekawa’s post-Gutai works, revealing intricate permutations between tautness and slackness in the stretches and folds of material. For an untitled work from 1977, Maekawa pulled and sewed seven thin striations horizontally through the center of a cotton cloth painted the color of a clear blue sky. The lines end in shadowy pleats, and between them, light washes of pink, red, green, and blue appear and disappear like a passing fog. The gradations are as elusive as a sunrise or sunset, yet Maekawa has combined them with the concreteness of his stitching. An earlier untitled work from 1975 features an undulating line painted in an ochre hue that fades into the murky gray of the field. Along the sloping sides of the swelling wave, turquoise and violet undertones emerge. Some works are composed of several burlap panels, tiled or stacked. Cryptographic folds become indecipherable symbols, and the intersection of smooth cotton and rough burlap evokes the variable surfaces of landscape.

Maekawa’s artistic output from this period shows that he succeeded in moving beyond Gutai after its dissolution. The works chosen in response to this development bear relation to Maekawa’s material manipulations. From Italy, Castellani and Fontana, who exhibited their own work at the Gutai Pinacotheca, reimagined the surface of the canvas through wrapping and slashing. Burri combined burnt, ripped, and scraped textures, while Manzoni brought sculptural elements to the canvas, stacking kaolin tiles and weaving thick fabric bands across wooden stretchers. Similarly, the Peruvian-born artist Jorge Eielson draped and cinched his canvases diagonally across their supports. To consider these works alongside Maekawa’s points to the rich complexity of the global artistic network whose aim was to break the boundaries of the painted surface.

A fully illustrated catalogue with an essay on Maekawa’s work by Barbara Bertozzi Castelli will accompany the exhibition.