Edmund de Waal speaks with the composer Simon Fisher Turner about their collaboration on the exhibition –one way or other– at the Schindler House in West Hollywood, California. A landmark of West Coast Modernism, the house was built in 1922 by the Viennese émigré architect Rudolph Schindler. 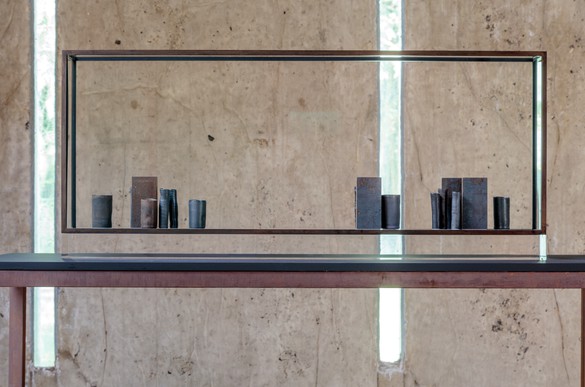 Simon Fisher Turner Yes, and it’s going to be eighty-two degrees today. But it’s cool inside, isn’t it? And there is a distinctive smell.

EdW I’m so glad that you picked that up. Because not only is the house ridiculously tactile, but the smell is absolutely extraordinary.

SFT I’ve never smelled anything quite like it. It’s almost like being in a wood. It’s concrete and—is it cedar?

EdW I think it’s California redwood. I believe that’s right. It’s as close as you’ll ever be to being in Japan, but in an utterly different world.

SFT It took me a little while to adjust to the scale. At first I thought, “Goodness me, it’s small.” But now I don’t feel that. It’s an illusion.

EdW It does these strange things. I’ve been here on and off, and each time I go away, I forget the scale of it. It keeps getting bigger. And coming back, you’re right, it’s extraordinary, because it does feel very, very small and close. And then it just expands again.

SFT I think it probably has to do with what you put in here as well. Because there are natural perspectives, but you’ve broken up the perspectives of the openness. You’ve put in invisible walls, haven’t you?

EdW I hope so.

SFT But it doesn’t feel crowded. The house is, as you say, of a Japanese style or texture—but it’s not like anything I’ve been to in Japan either.

SFT Because they wouldn’t dream of doing this with the concrete, would they? It feels fragile, but it also feels very sturdy and very strong. 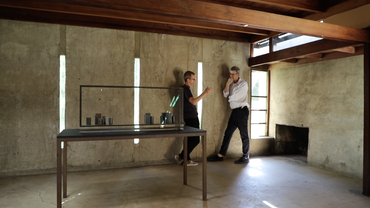 EdW The fragility is really interesting, because your music—actually, you should say what’s going on.

SFT Okay. So, we met about ten months ago, and you suggested we go to Vienna, where we did some recordings. You showed me around the part of the city where your grandparents used to live, and the idea was to transfer that atmosphere—the spirit, as it were—to this house built by Schindler.

EdW That was an extraordinary day, desperately trying to find all those places that Schindler loved and hated. I have a fabulous memory of you fearlessly opening doors with “Verboten”—“Do not enter”—on them, and going in past all the security guards, and into universities and colleges and all these places in order to capture the sounds of places that Schindler had been. And the opera house—that was amazing . . .

SFT The opera house was extraordinary, because we didn’t go to see anything at all. First we walked past it in the daytime and saw all the beautifully ornate cast iron grilles. I had a wooden glockenspiel mallet with me, and I was making noises with it, and with my rings too. The silver rings I wear are very good for making sounds, which I can then process afterwards.

But we also went to the theater, and there was an opera on. My style of recording is sort of, to use the old-fashioned word, “terrorist” recording: you’re in there, and you’re out again, and you’re invisible. The idea I’ve always had is to record without being noticed, to a certain extent. It’s terrifying, because I can’t guarantee any results. One of the things you first said to me when we were talking about this was, “Well, there is a possibility that we’ll come out at the end, at the Schindler House, with nothing.” And that’s always a possibility, because I don’t know what’s going to work. All I’m doing is collecting with my ears and your notes. I don’t have a plan, apart from the plan, which is to collaborate—you tell me your ideas, and then we go and try and make something. 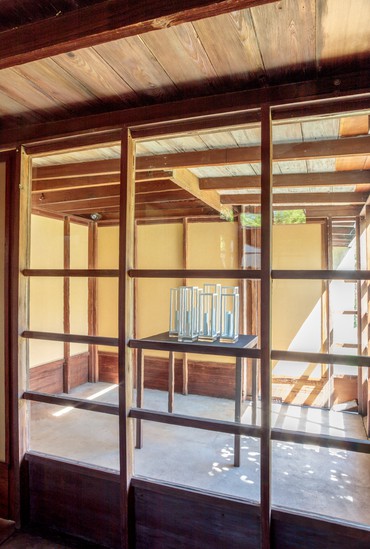 EdW What I love about this whole process is this idea of testing the world—you know, tapping the world, which is what you do, exploring it aurally and spatially and rhythmically, and finding the different pulses of the world. I loved that experience of being alongside you—sometimes with a slight terror in my heart [laughter]—because what I was so aware of was that you were mapping a completely different city to the one that I knew.

SFT And then when I came to your studio, sort of by accident I rocked one of your little vessels, and that was a whole new beginning. Then I went off excitedly to the storeroom—

EdW My memory is that you just basically picked up everything in the studio.

SFT I did have a good poke around. It’s a bit nosy and rude, I know. I was interested in the broken things. I wasn’t interested in dropping, because I’ve done it before; years ago I recorded Ai Weiwei pushing over the pots he didn’t like in his studio. And so all of the recordings we’ve put together here are new, really. I’ve had some fabulous accidents, a lot of accidents. What I did was to take a piece—say, the recording at the theater—and put that on the computer, and I have a kind of sampler in there, and just by playing with it I can see whether something’s going to work or not. I do these long recordings, maybe forty-five minutes long, and then I extract out small bits. This piece was kind of complete as I played it, because I realized that it was all fitting together.

What I love about this whole process is this idea of testing the world—you know, tapping the world. 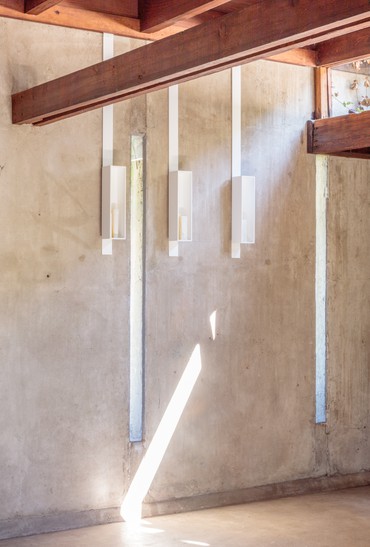 EdW The process over the last month, hearing how this has evolved and become bigger and then smaller and then dense—what I’m fascinated by with your work is that question of where do things sit in the world? You’ve made this piece for this house, for this space, acoustically, which is extraordinary. Thousands of people are going to come through and sit on the floor and lean against the walls and listen to this piece here. And so this is one kind of work, and then of course there is all your film work . . . Different? Same?

SFT This is different—this is so site-specific. And some of it’s terribly pure, and some of it’s very impure. Like there’s nothing real from Vienna anymore, apart from the doors. The great thing about when we went to the university was you would hear one door open, and down the corridor you would hear somebody else knocking, or some people walking, and doors crashing. And in fact, we started this piece with doors at the beginning and doors at the end, and then we had a recording of us walking together at the university after that, but then you thought it was too hard and aggressive. And so I found a recording of you walking away on your own, and it was much better.

EdW What that is about is that movement from the literalism of the source material into something which is much, much more abstracted.

EdW Which is what this whole thing was about—not mirroring or mapping this house and this person, but in a very tangential way, seeing whether we could make something new for a very old and special place. And this is the space where John Cage started his whole thinking through.

SFT We worked together terribly intuitively. All we’ve done is talk and go to lunch and walk. I’m a hundred percent surprised how it’s come together. There’s so much here, but at the same time, there’s very little here [laughs]. 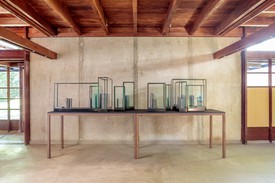 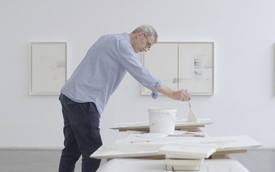 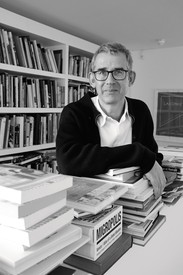 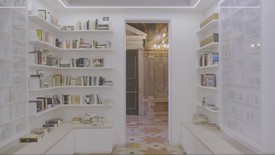 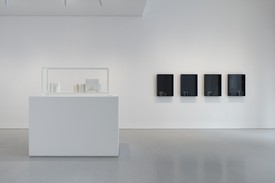