Damien Hirst speaks about his Veil paintings with Gagosian’s Alison McDonald. “I wanted to make paintings that were a celebration,” he says, “and that revealed something and obscured something at the same time.” Accompanying their conversation is a video of Hirst at work in his London studio, providing an inside look at the process behind these immersive abstractions. 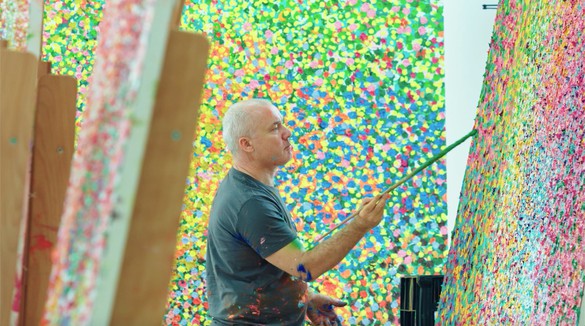 Damien Hirst working on Veil paintings in his London studio, 2017

Since emerging onto the international art scene in the late 1980s, Damien Hirst has created installations, sculptures, paintings, and drawings that examine the complex relationships between art and beauty, religion and science, and life and death. His work traces the uncertainties that lie at the heart of human experience. Photo: Prudence Cuming Associates

Alison McDonald has been the director of publications at Gagosian since 2002. During her tenure she has worked closely with Larry Gagosian to shape every aspect of the gallery’s extensive publishing program and has personally overseen more than five hundred publications dedicated to the gallery’s artists. In 2020, McDonald was included in the Observer’s Arts Power 50.

Alison McDonald How did the Veils series begin?

Damien Hirst I fell into painting on my own after my friend Angus Fairhurst died, in 2008, but it was dark and solitary. With the Veils, I started where I had left off with the Visual Candy paintings in the early 1990s. I realized that I had made paintings with this sense of celebration, but not at the right scale. I guess I had a kind of fear of abstract painting at the time because I was focusing on Minimalism. The Visual Candy paintings were a great idea but very small. I was making big Spot paintings, but for some reason I didn’t make the right leap of scale with these works until just before my Gagosian show in LA in 2018. I painted them all just before my big Treasures show in Venice [Treasures from the Wreck of the Unbelievable: Damien Hirst]. The whole series took around two years to complete.

AMcd You seem to be comfortable working on many canvases at once. Is that fair to say?

DH I imagined this whole series in one go and worked it out in advance. I don’t think it matters how many paintings you make in a series, as long as you’re clear. In the beginning of my career, I was looking a lot at artists like On Kawara, and I loved the idea of an infinite series. But it isn’t like that for me anymore; there are ninety-four paintings in this series and a series of works on paper, and there won’t be any more. And I painted them all together, as they all inform each other. I immersed myself in the paintings. And then ended the series. 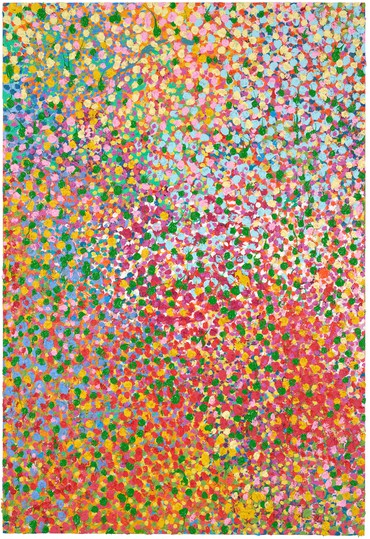 AMcd What preparations happened on the canvas, or with the paint and brushes and so on, before you started painting?

DH The first thing I did was paint all the canvases different colors. I have a selection of colors I love and use over and over again. They are like sweet shop colors and the colors of fruit and flowers; they are my go-to colors. I mixed them myself and I started with those. I used a longer-than-normal brush—not Matisse-style, but a bristle brush about two or two and a half feet long—just long enough to get a bit more distance from the painting surface and not be awkward. I wanted to make paintings that were a celebration and that revealed something and obscured something at the same time.

Damien Hirst working on Veil paintings in his London studio, 2017

AMcd  Were there any specific paintings or painters you were thinking about when you embarked on this body of work?

DH Apart from the obvious painters like Georges Seurat and Pierre Bonnard, I thought a lot about Willem de Kooning and Chaïm Soutine, even Francisco de Goya in his marks. But even though they are abstract paintings, I never get far away from Op painters like Larry Poons or Bridget Riley, and Yayoi Kusama. These paintings felt totally new and right to me, even with all the historical stuff going on. I think maybe in the early ’90s I was right to hold back, because this type of painting was negative and retro and kind of would have got in the way of my romance with Minimalism at the time and my love of Sol LeWitt, with his exploration of the cube and boxes. 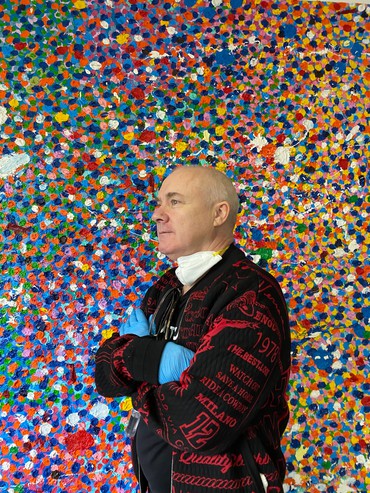 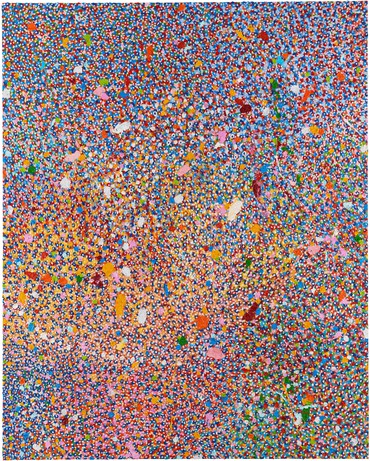 AMcd You have always worked in series. Is this connected to the way you work through your ideas?

DH I like series because they define you. I have so many conflicting ideas, and a series is great way to jump in and out of something. Also, they are a battle with the idea of death. The infinite series I made at the beginning of my career was a way for me to not face that. It’s  a great way to imagine that you will last forever—even though you won’t. Now that I’m older the series are getting smaller, and that feels more realistic and wiser, maybe even more mature, although I hate to say that. I think with this series I made the right number of paintings for how I was feeling and then moved on, and maybe in my Spot paintings I was hiding from my own mortality.

AMcd Do you find that the music you listen to in the studio impacts your paintings?

DH With the Veil paintings I found that listening to music gave me more focus. It felt like each painting was worked out even before I began, and that once I started it was just a process of bringing them all into the world how I imagined them. 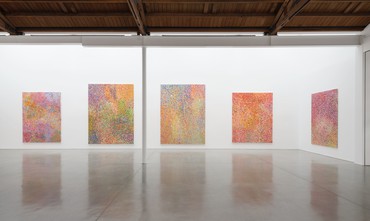 AMcd What connections do you see between the Spots, the Visual Candy paintings, the Colour Space works, and the Veils? Are these all part of the same lineage for you? Or are you after different things?

DH It’s an obvious set of steps for me to get from my Visual Candy paintings through the Spot paintings and Colour Space paintings to the Veil paintings, but I don’t think I could have done it in one leap. The Visual Candy paintings were me getting my love of the New York School painters out of my system; they were kind of like the detritus from the Spot paintings, because my heart felt like I was into ’50s gestural painting at the time, and my head was in Minimalism and the consumer world. I was trying desperately to move into the present because I could see it and feel it, but I wasn’t there. I was soaking up the works of Tony Cragg, Meyer Vaisman, Ashley Bickerton, Jeff Koons, Sherrie Levine. I suppose I was a bit embarrassed that I had this love of de Kooning when it was all Dan Flavin, Donald Judd, and Carl Andre. Then years later, when I made the catalogue raisonné of my Spot paintings, I saw the first Spot paintings I had made, with the drips, and I thought, Fuck, they were good! And so I made a new series like those, called the Colour Space paintings, and that gave me the confidence and freedom to let loose and get lost and really celebrate all those years and moments in my Veil paintings. 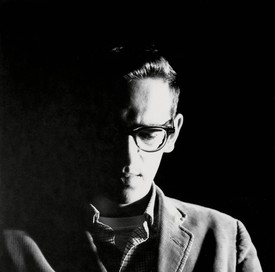 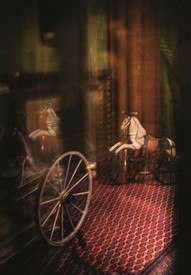