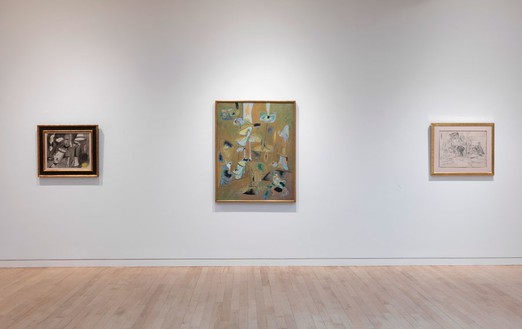 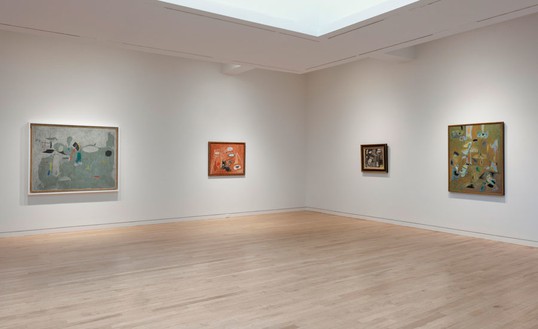 Arshile Gorky was a key figure in the transformation of American art, and is well known for his work that fused American Abstraction with European Surrealism. In 1941, Gorky began integrating turpentine into his paints in order to loosen the structure and allow more freedom with form. This resulted in a dynamic aesthetic that moved away from the hard-edged, flat forms common to the work of the 1930s in favor of thinner lines and less saturated hues. In the late 1940s, Gorky began making forays from New York to the Virginia countryside, where he produced his “pastoral” work—an exploration of the classical Arcadian theme. Day after day, he went out into the fields, looking intently at the various flowers and grasses and working freely with pencil, pens, crayons, and watercolors. Later, he repeatedly drew the plein air drawings, integrating the ideas and lessons they contained into his formal vocabulary. He detached color from line to create discrete pictorial components; he washed the drawings in his bathtub, hung them up to dry, and scraped or sanded the surface. In this new surface experimentation the recognizable identity of an image was further altered by eliminating specific botanical or biological details.

Arshile Gorky—born as Vostanik Manoog Adoyan—was born in 1904 in Khorkom, Armenia, and died by taking his own life in 1948 in Connecticut. He escaped the Armenian genocide in 1915, emigrated to the U.S. in 1920, and changed his name in the process of reinventing his identity. He attended the New School of Design, Boston, in 1922, and the Grand Central School of Art, New York City, in 1925. Gorky’s work has been exhibited in several solo and group exhibitions. Major recent exhibitions include “The Breakthrough Years,” National Gallery of Art, Washington, D.C. (1995, traveled to Albright–Knox Art Gallery, Buffalo; and Modern Art Museum of Fort Worth, Texas); “A Retrospective of Drawings,” Whitney Museum of American Art, New York (2003, traveled to Menil Collection, Houston, through 2004); “Vosdanik Manouk Adoian a.k.a. Arshile Gorky,” Fresno Art Museum and Armenian Museum, California (2006); “Drawings, The Early Years,” University of Virginia Art Museum, Charlottesville (2007); “Hommage,” Centre Georges Pompidou and Centre Culturel Calouste Gulbenkian, Paris (2007); “Drawings and Paintings by Arshile Gorky–Mina Boehm Metzger Collection,” Whistler House Museum of Art, Massachusetts (2009); and “A Retrospective,” Philadelphia Museum of Art, Pennsylvania (2009, traveled to Tate Modern, London; and Museum of Contemporary Art, Los Angeles, through 2010). 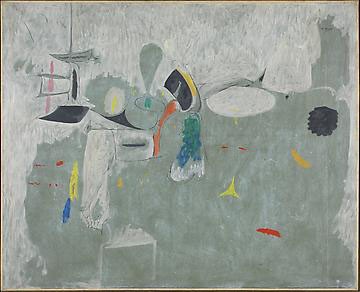 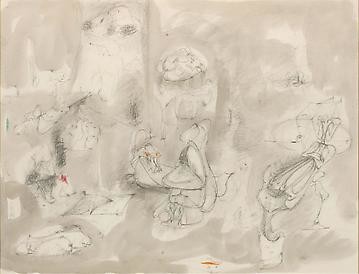 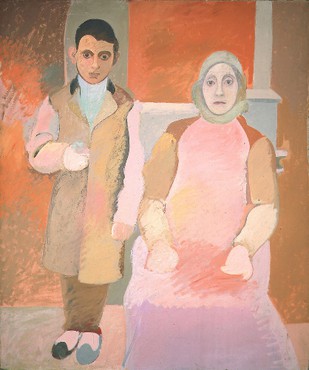 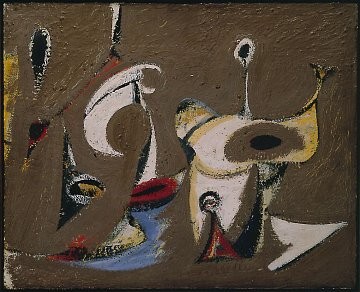 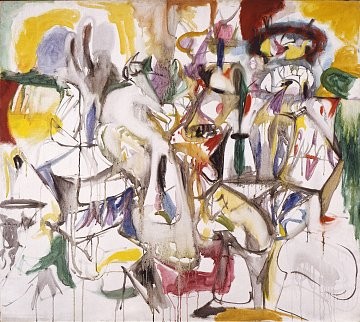 See all Exhibitions for Arshile Gorky