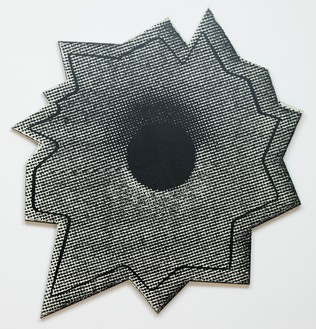 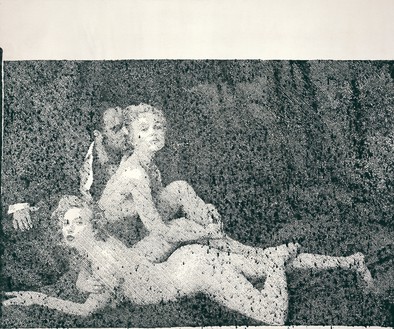 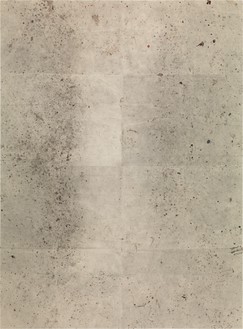 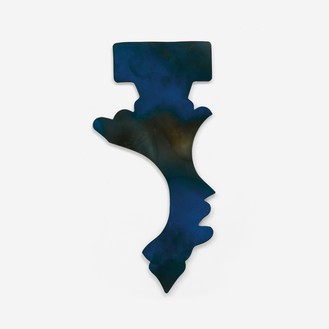 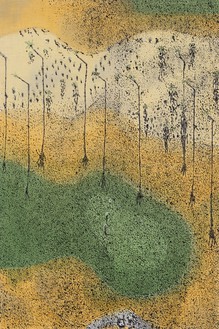 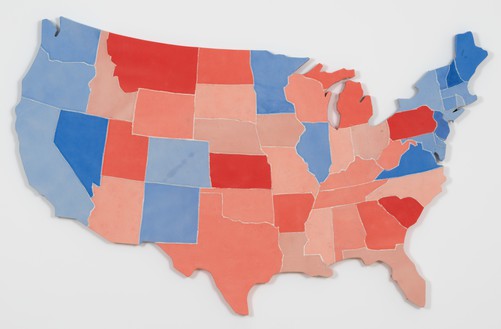 I typically feel that good artworks are violent against the architecture that holds them.
—Nate Lowman

Lowman was born in Las Vegas and grew up in Idyllwild, California. When he was fifteen, he visited New York to see a Cy Twombly exhibition at the Museum of Modern Art. While there, he attended a poetry reading at St. Mark’s Church, where Patti Smith emerged from the audience and sang a few songs. He decided to move to New York, where he attended New York University from 1997 to 2001 and worked on weekends (and eventually full-time) as a security guard at Dia Center for the Arts (now Dia:Chelsea).

Since the early 2000s Lowman has used alkyd, a dense, shiny paint that he applies in thick dots into the surface of the canvas, mimicking the process of creating a tattoo. The resulting images echo the blurring that occurs when an image is repeatedly photocopied, common in DIY posters and zines. Alongside these works, Lowman created shaped canvases, depicting crossed-out smiley faces, doodled hearts and flowers, car air fresheners, and bullet holes. Several bullet-hole works were included in Lowman’s first solo show, The End. And Other American Pastimes, presented at Maccarone in 2005. The exhibition also featured found images from newspapers, signs, and ads that attested to Lowman’s fascination with youth, innuendo, masculinity, and violence.

Lowman’s practice varies widely: he has exhibited cars and gas pumps, incorporated found objects and signs, and hung his works salon-style, filling gallery walls with canvases of various shapes and sizes. For his exhibition at Midway Contemporary Art, Minneapolis, in 2006, Lowman provided artists Dan Colen, Adam McEwen, Josh Smith, Agathe Snow, John Tremblay, and Aaron Young with rejected bullet-hole canvases and asked that they use them to create new works. Applying the tactics of advertising and endorsement to the post-1990s art world, Lowman then paired each of the artists’ works with his own promotional add-ons, including newspaper photocopies and hand-painted texts, providing a critical commentary on celebrity culture and collaboration. After participating in several group shows from 2006 to 2009, Lowman began a series of paintings inspired by Willem de Kooning’s 1954 series Marilyn Monroe, reinterpreting de Kooning’s style and subject using the colors of 1980s surfboards. These were included in I Wanted to be an Artist but all I got was this Lousy Career (2012–13), a solo exhibition at the Brant Foundation Art Study Center, Greenwich, Connecticut. For this show, Lowman created a room-sized installation titled Four Seasons (2009–12) in which he represented each season with various images taken from the news and tabloids.

Lowman’s work, while it incorporates elements of Pop, appropriation, and assemblage, is deeply political in its intentions, never allowing an image to become neutralized by its context. His sculpture The Never Ending Story (2007), comprising rusted gas pumps, serves as a metaphor for the war in Iraq, and his more recent paintings deal with climate change, depicting radar images of Hurricanes Maria, Irma, and Harvey. In 2013 Lowman began his Maps series. Expanding on the earlier shaped canvases, the Maps examine the arbitrariness of borders, merging erratic splatters and stains with allusions to American quilt-making and Pop art. 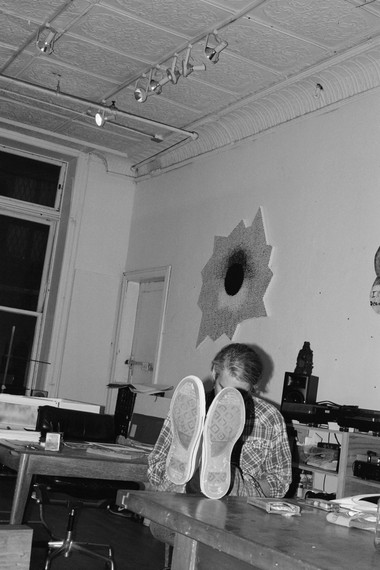 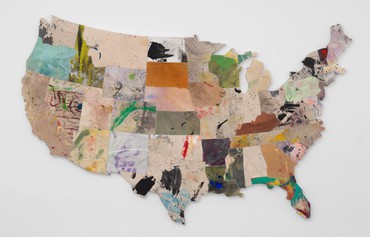 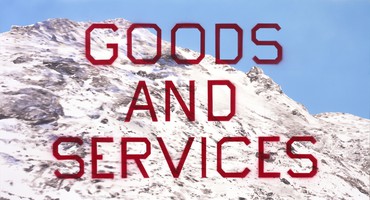 Review: Sprayed, Gagosian Gallery by Katherine Jackson
This Is Tomorrow
PDF
New exhibition celebrates spray paint, but without the street art by Marc Forster-Pert
CNN
PDF
Gagosian London's Massive Survey Defines Spray Art by Rachel Will
Blouin Artinfo
PDF
Review: The Show is Over, Gagosian Britannia St by Freire Barnes
Time Out London
PDF
Review: ‘The Show is Over’, Gagosian’s ‘death of painting’ exhibition by Jackie Wullschlager
Financial Times
PDF
The Show Is Over: has painting really had its day? by Jonathan Jones
The Guardian
PDF