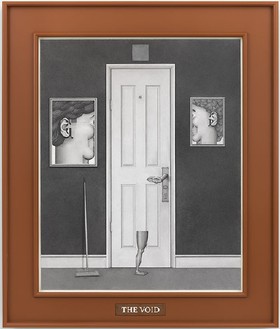 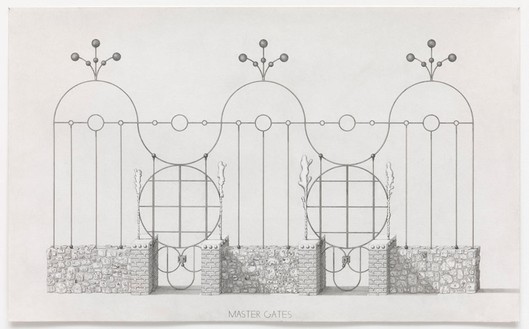 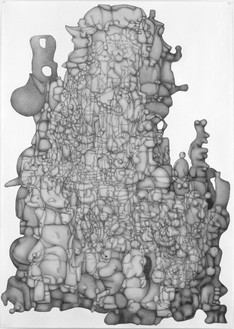 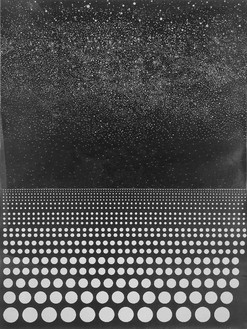 Forging a unique and maverick path in the ebullient British art scene, Paul Noble received widespread international recognition for his vast and monumental drawing project Nobson Newtown. Drawing image after image, story after story—at once architect and town planner, archeologist and cartographer, social historian and activist, creator and destroyer—over the course of a decade Noble invented and described a melancholy urban vision somewhere between Claude-Nicolas Ledoux’s revolutionary utopias, SimCity, and the postapocalyptic wastelands pictured in the daily media. Nobson Newtown was Noble’s own fantasist master plan of a symbolic city, isometrically rendered and replete with all manner of nightmares, perversions, and scatological and libidinous excesses. A blocky, geometric font (also invented by the artist) structured many of the buildings themselves, providing yet another layer of meaning in this fascinating parody of contemporary society and the dreams of social engineers.

A meticulous and dedicated draftsman, Noble creates dizzyingly elaborate encrypted schemes, drawing from inspirations as diverse as ancient Chinese scrolls and Japanese sculptures, Fabergé eggs and brick walls, eighteenth-century pornography and animal rights literature, Hieronymous Bosch and Öyvind Fahlström. The sheer level of detail in his drawings defies the capacity of the eye to see and the mind to fully grasp them.

Noble lives and works in London. 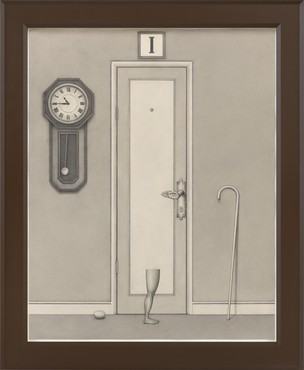 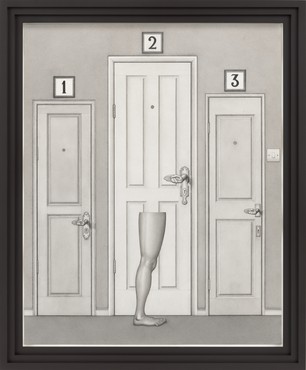 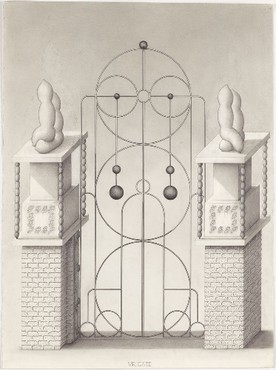 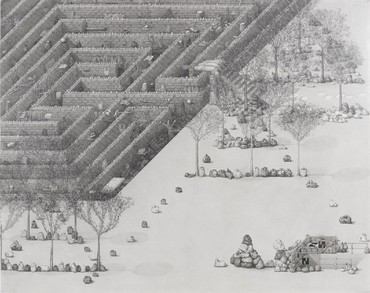 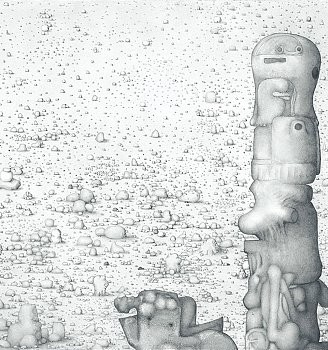 See all Exhibitions for Paul Noble 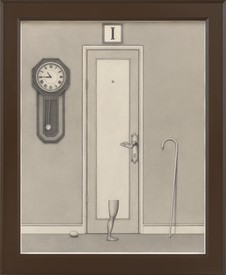 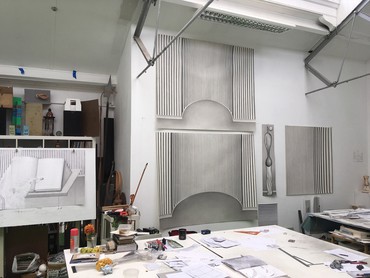 Paul Noble will reimagine the duration, horizon, and captivating reverie of drawing in this online performance, featuring visuals, sound, and words choreographed by the artist. The event accompanies the Trinity Buoy Wharf Drawing Prize 2020, an annual open call exhibition of drawing hosted by the Cooper Gallery at Duncan of Jordanstone College of Art & Design in Dundee, Scotland, featuring over fifty artists. To attend the event, register at www.eventbrite.com. 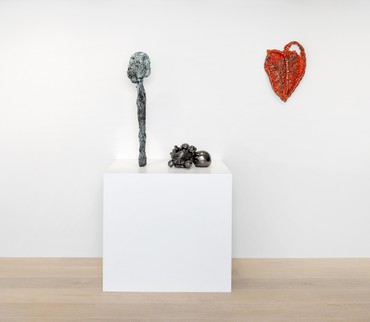 Gagosian is pleased to participate in the fall opening of Art en Vieille-Ville. The group exhibition Fire and Clay and works by Paul Noble will be on view to visitors after hours at our Geneva gallery. 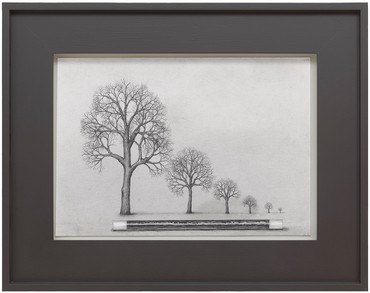 Nobson Newtown, the imaginary town that Paul Noble has been working with since 1995, shares with the city of La Chaux-de-Fonds a taste for isolation, modernist architectures, and strange public sculptures. This exhibition was conceived with the artist to resonate with the Swiss town. Featuring artworks from the past ten years, the show reveals new aspects of Noble’s work. 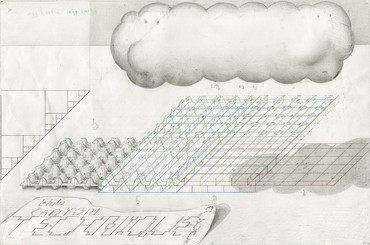 Offering paradoxical visions of the cornucopia of concrete, glass, and steel that straddles the world, Politics of Small Places forges a unique dialogue between Paul Noble and pioneering Scottish urban planner Patrick Geddes. The exhibition comprises Noble’s Nest (2004) and Eggface (2014) accompanied by a suite of drawings from which Nest is derived. Alongside Noble’s works  are nine original diagrams selected from the Geddes Archive Collections at the University of Strathclyde in Glasgow, Scotland.