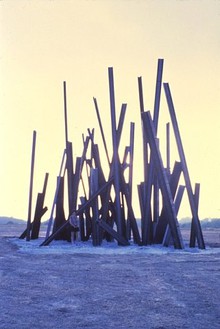 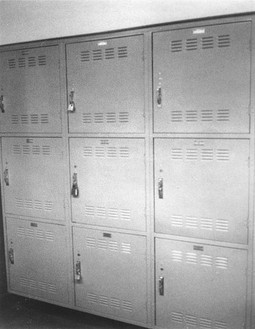 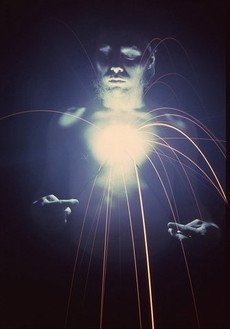 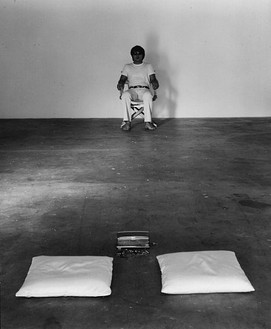 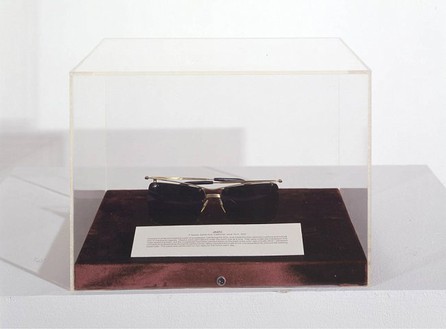 [In the early 1970s] Burden’s shockingly simple, unforgettable, and strikingly poignant performances took the jaded art world by surprise as an example of what the most extreme art could be. The image of Burden that unfortunately continues to resonate in the public mind is a of a young man who had himself, shot, electrocuted, impaled, cut, drowned, incarcerated, and sequestered. Although the early performance works remain critical to understanding the formal and thematic concerns of Burden’s post-performance sculptural works, too often the myth obscures the facts.
—Paul Schimmel

Gagosian is pleased to present an exhibition by Chris Burden featuring various means of evidence—photographs, relics, and films—made during the artist’s performances and events from the early ’70s through the ’80s.

Also included in the exhibition are television commercials Burden made during the mid ’70s, which were originally screened during airtime he had purchased on TV stations in New York and Los Angeles. These commercials have recently been made into a small edition on DVD and will be presented on a monitor in the gallery. Another film work, Beam Drop (1984), will be shown in its original 16mm format; it documents the free fall of sixty large steel I-beams into a pit of wet cement to form a massive permanent sculpture.