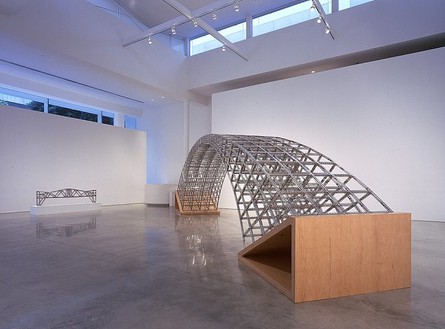 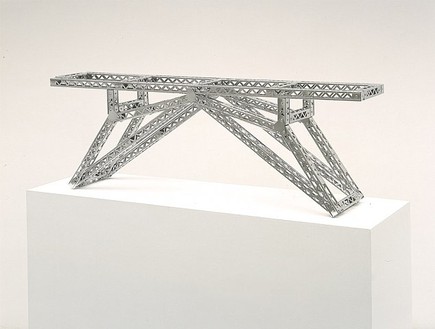 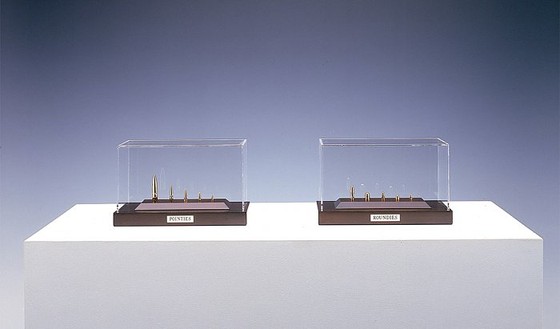 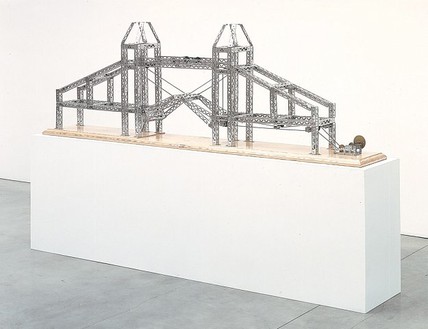 Gagosian is pleased to present Chris Burden’s new group of bridges based on the technology and design concepts of the Mysto Erector metal construction system, a turn-of-the-century toy. Burden will also exhibit another new edition, a series of bullets cast in 22-karat gold.

Burden has been interested in building models as discrete objects as well as entire fantasy environments and societies, as seen in such works as Medusa’s Head (1990) and Pizza City (1996). In both these works, the childlike fascination with the act of building is matched with the creation of an imaginative world.

Burden’s particular interest in bridge construction reflects his fascination with humanity’s basic urge to overcome barriers, to master the forces of nature, to speed travel, to link communities, and to widen horizons. With the re-creation of seven basic Mysto Erector parts, fabricated in stainless steel, Burden, in collaboration with Fred Hoffman Fine Art, has undertaken a new series of bridges, produced in edition. The minimalist Indo-China Bridge and the mechanically complex Tower of London Bridge are both model versions of the actual historic bridges. Also included are two truss bridges, the twenty-one-foot Truss Bridge and the Antique Bridge. Both make the most efficient use of Mysto Erector parts to illustrate the principles of a typical truss bridge. The dramatic and graceful thirty-two-foot Curve Bridge, using over 10,000 parts, tests the mechanical and aesthetic boundaries of what can actually be constructed with the seven different Mysto Erector parts.

The gallery’s rear space will feature Burden’s Gold Bullets—ten different bullets cast in 22K gold, separated into two categories—Roundies and Pointies—referring to their predominant physical characteristics. The Gold Bullets are produced in an edition of ten, with each set consisting of five Roundies and five Pointies displayed in two small vitrines.

Both the bullets and the bridges are fabricated from metal, yet how the two metals are used and the objects themselves are diametrically opposed. The metal in the bridges consists of lightweight stamped stainless-steel parts used in large quantities to form substantial yet lacey bridge structures, whereas the metal in the Gold Bullets forms small, dense objects. Bridges are complex and bring people together, while bullets are simple and separate people.