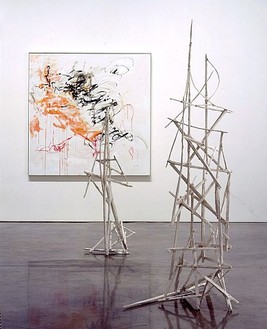 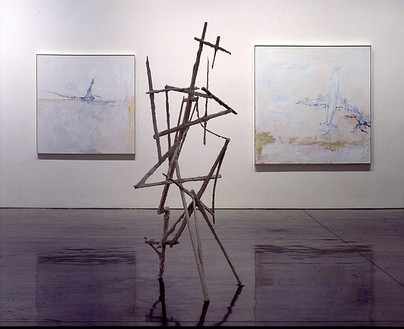 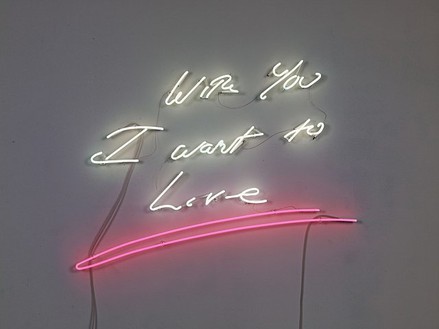 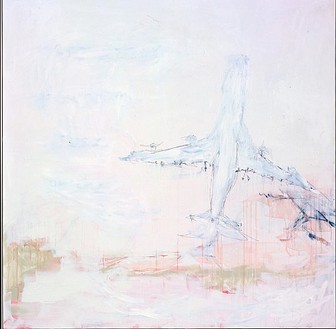 Tracey Emin, Get ready for the fuck of your life, 2007 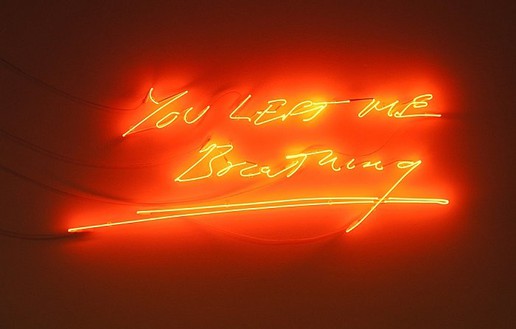 Tracey Emin, You left me breathing, 2007 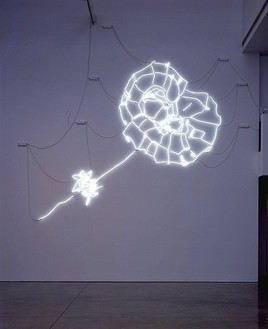 Emin's art is one of full disclosure. In her active self-promotion in both high art and popular media, she lays bare her hopes, humiliations, failures, and successes with equal measures of humor and pathos. (In addition to a busy international exhibition schedule, she writes a weekly column for the British newspaper, The Independent; her memoirs have been published in book form; she has appeared in promotional advertising, and is a fixture on the London social scene).The confessional candor and sexual explicitness of much of Emin's art, combined with her use of techniques and crafts usually associated with women's work, firmly grounds her within contemporary feminist discourse, while her interest in the work of expressionists Edvard Munch and Egon Schiele is evident in her paintings, monoprints and drawings, which explore complex personal states and ideas of stylized self-representation.

Emin's wide-ranging oeuvre includes drawing, sculpture, video, photography, painting, and needlework. This exhibition's title plays on a certain ambiguity—of a woman left abused, half-dead, yet still breathing, or a woman left breathless after making love. "You Left Me Breathing" treats the full breadth of Emin's activities, from a series of early drawings, Family Suite II (1994) to new monoprints; from diminutive stitched texts to monumental, hand- embroidered textile assemblages. The fragility of her tenuous, impassioned drawings translates into large-scale paintings with her characteristically nervous brushwork. Eye-catching neon wall sculptures transpose her innermost thoughts into permanent luminous scrawls. Among the most spectacular works in the exhibition are a group of delicate wood and jesmonite sculptures, which expand on the spirals, rollercoasters, and bridges of recent years. Others incorporate cast bronze figures—seagulls, songbirds, and frogs—or objects combining cement and glass, which are placed on tables or bundled bases made from found timbers.

Tracey Emin was born in London in 1963. Her work has been exhibited internationally in many solo and group exhibitions. In 1999 she was short listed for the Turner Prize at the Tate Gallery, London. Solo exhibitions include the Stedelijk Museum, Amsterdam, Haus der Kunst, Munich, and the Museum of Modern Art Oxford (all 2002); the Art Gallery of New South Wales, Sydney (2003) and Platform Garanti Contemporary Art Center, Istanbul (2004). In 2007, she represented Britain at the Venice Biennale. Emin lives and works in London.

A fully illustrated catalogue will be available, with an essay by Jennifer Doyle, Associate Professor of English at the University of California, Riverside.