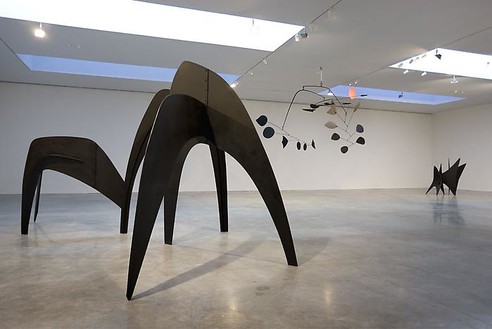 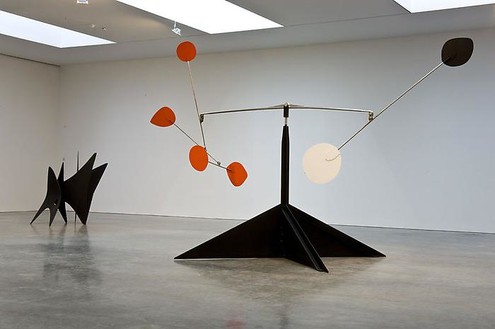 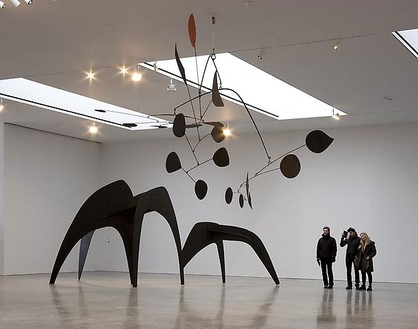 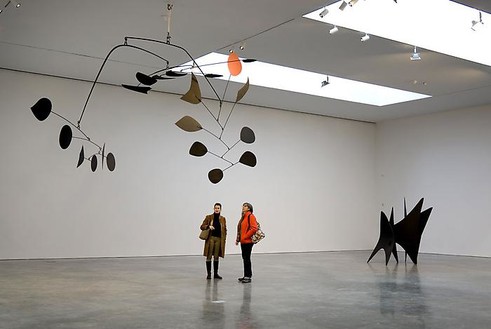 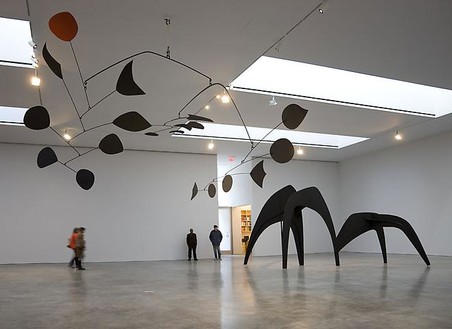 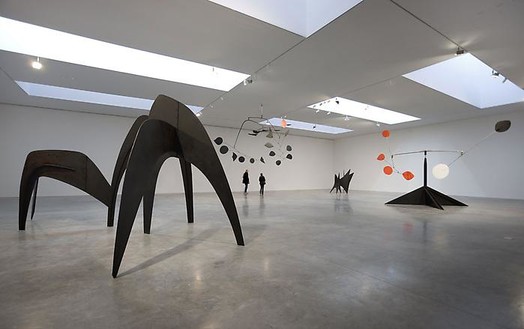 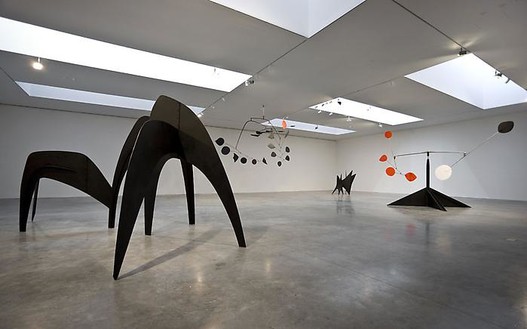 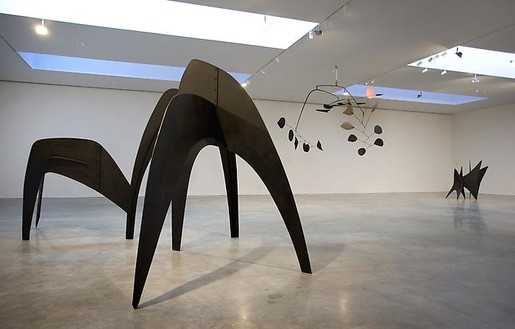 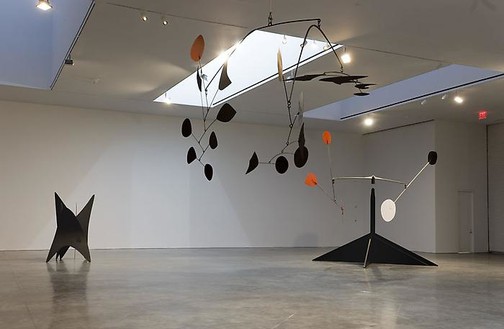 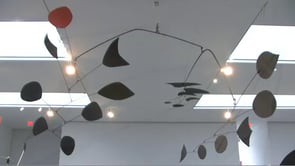 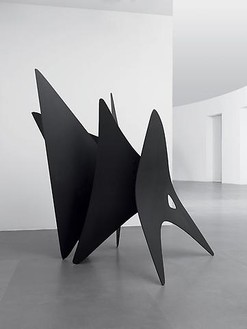 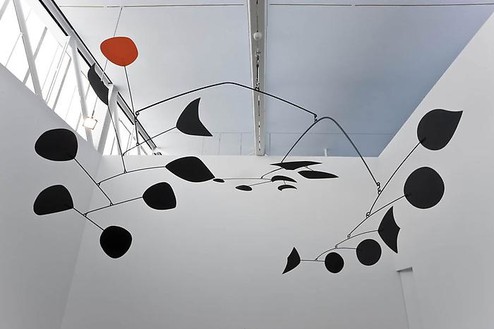 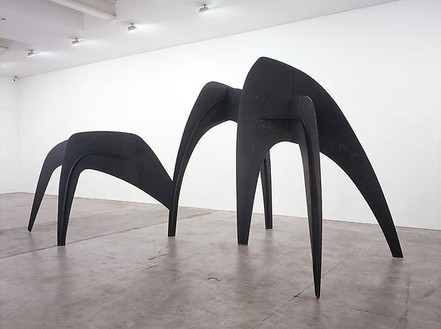 Alexander Calder, Spunk of the Monk, 1964

People think monuments should come out of the ground, never out of the ceiling, but mobiles can be monumental too.
—Alexander Calder

Gagosian Gallery is pleased to present an exhibition of large-scale sculptures made by Alexander Calder made between 1957 and 1970.

Born into a family of celebrated yet traditional artists, Calder's innovative genius changed the course of modern art. He began by developing a new method of sculpting — bending and twisting wire to "draw" three-dimensional figures in space. Resonating with early Conceptual and Constructivist art as well with as the language of early abstract painting, Calder gained renown for his invention of the mobile (a term coined by Marcel Duchamp to describe Calder's new kinetic sculptures) in which boldly colored abstract shapes made of industrial materials, including steel and wood, hang in perfect balance from delicate wires. Although his first mobiles made use of modern technology and were driven by electrical or mechanical means, he soon preferred their movements to be guided by the unpredictable influences of wind and water. While the kinetic energy, dynamism, and ebullience of the mobiles remained of primary interest to Calder throughout his life, he also created a number of important static sculptures, which Jean Arp named "stabiles" to distinguish them from their kinetic counterparts. These constructions utilized various techniques of welding and bolting to create a type of metalwork that rejected the weight and solidity of a bronze mass, yet allowed an object to displace space in a three-dimensional manner while remaining linear, open, planar, and suggestive of implicit motion.

By the 1950s, Calder's international recognition had increased significantly, allowing him to expand his studios in the United States and France; as a result, he was able to create his mobiles and stabiles on a monumental scale. In Rouge Triomphant/Triumphant Red (1959-1963), a mobile that spans almost six meters, he introduced primary red to provide vivid contrast to his almost exclusive use of black. In this rhythmic work, three groups of black "scales" are offset by an occasional red one to create a dynamic yet delicately balanced assemblage.

In monumental stabiles such as Spunk of the Monk (1964), the evident weight of the massive steel arcs is borne by just seven points of contact with the ground, suggesting a group of animals or some kind of exotic multipede, while their open intersections offer multiple perspectives that shift with the viewer's passage around the work. Commissioned for the American Republic Insurance Company building in Des Moines, Iowa, its title is a playful allusion to the notion of life force, combining the translated French derivation of city's original name with the slang term for spirit or semen. The taut, curved planes of the human-scale Five Points/Triangles (1957) lean together, appearing to support each other even as they sweep upward like the sails of a boat. 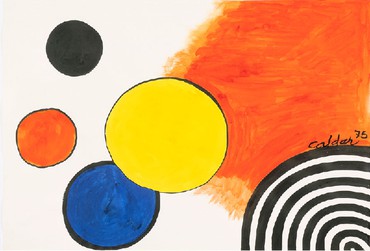 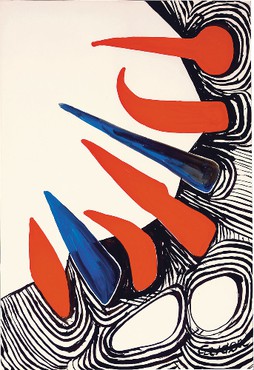 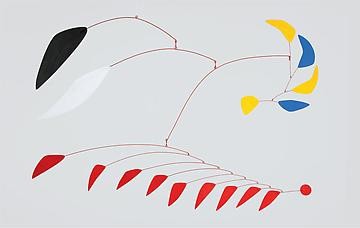 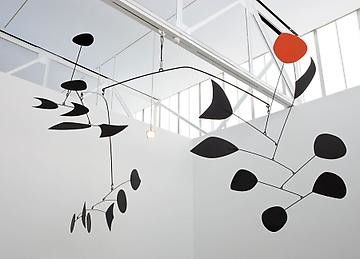