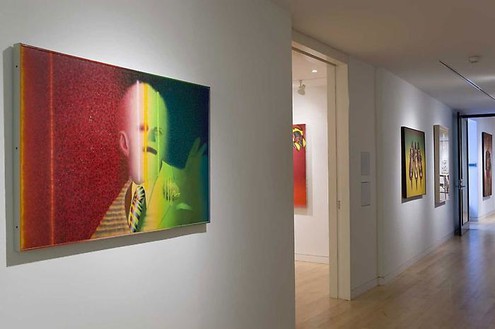 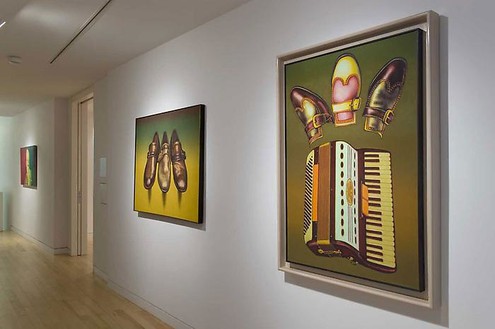 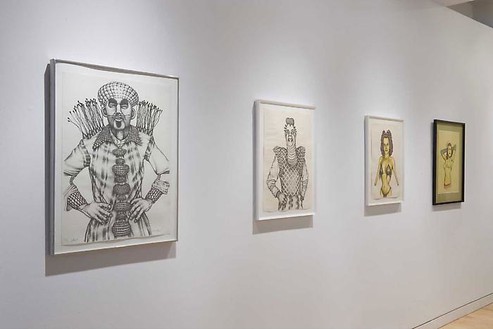 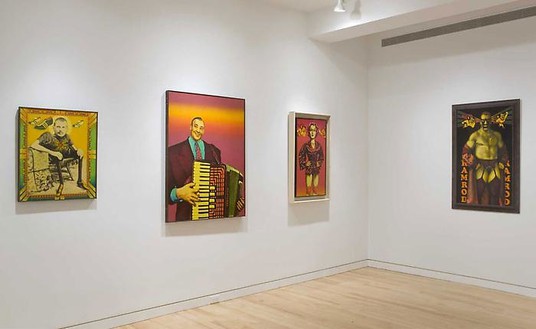 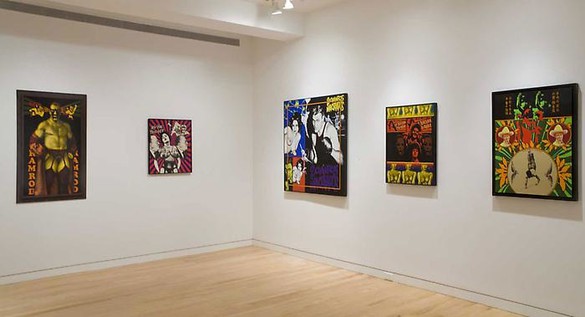 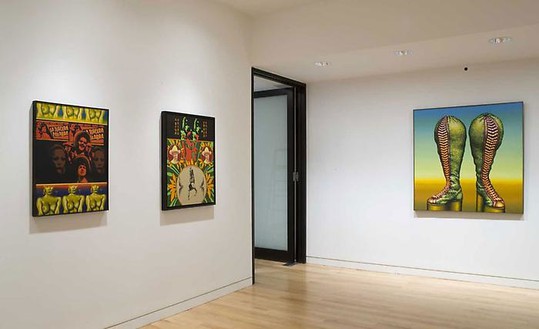 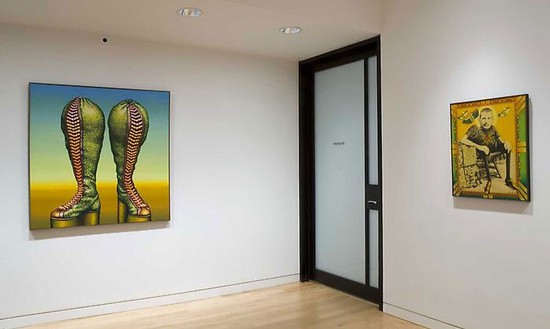 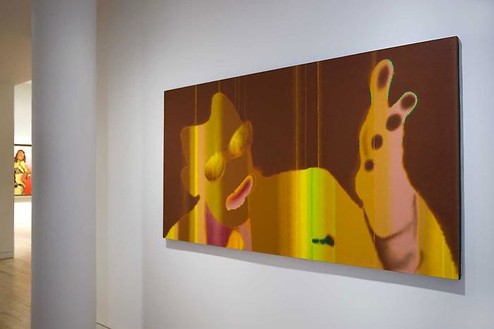 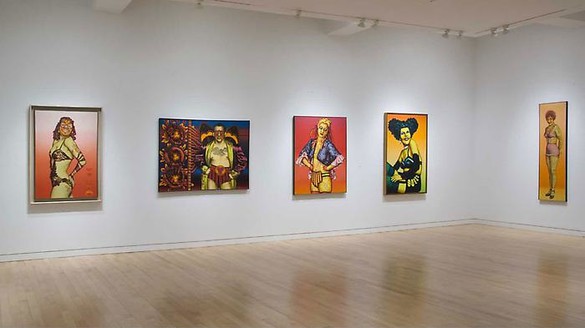 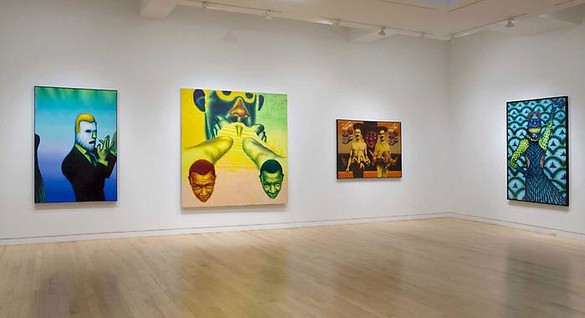 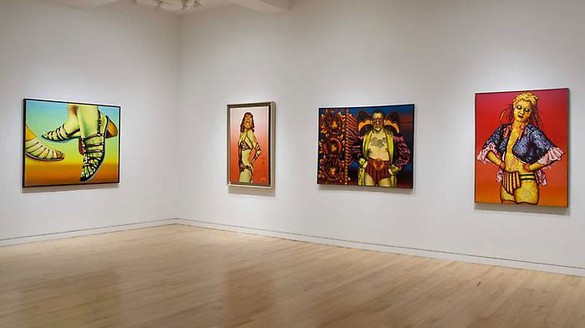 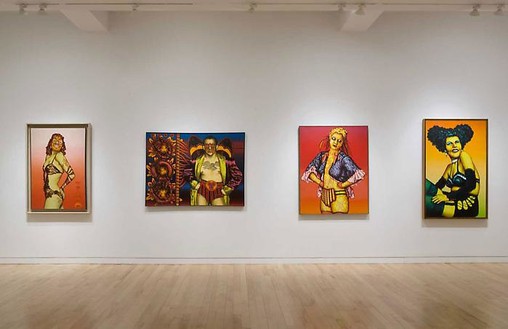 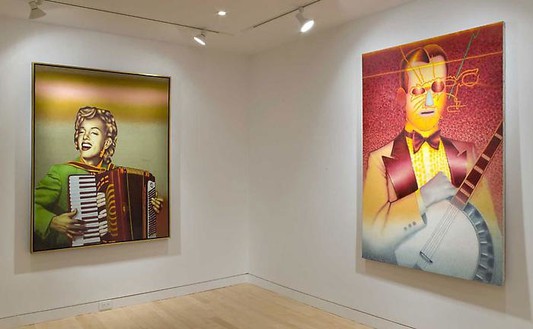 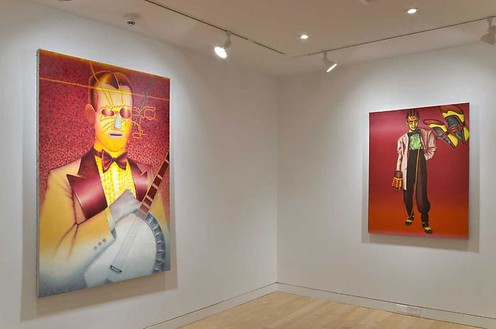 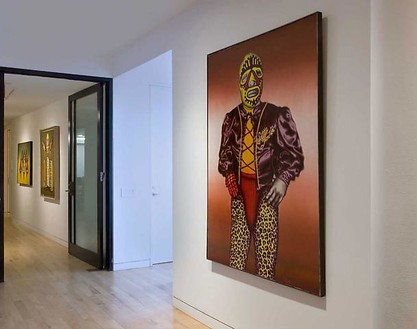 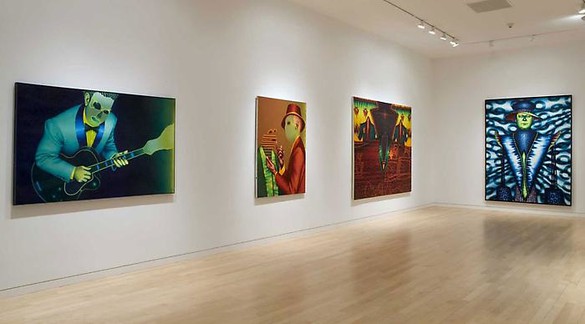 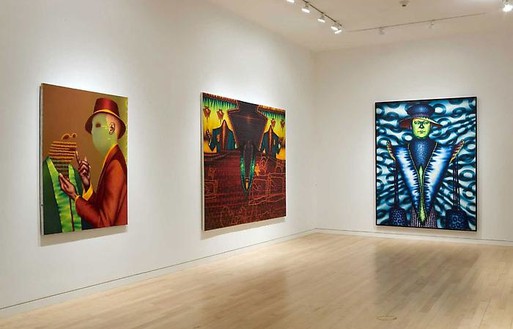 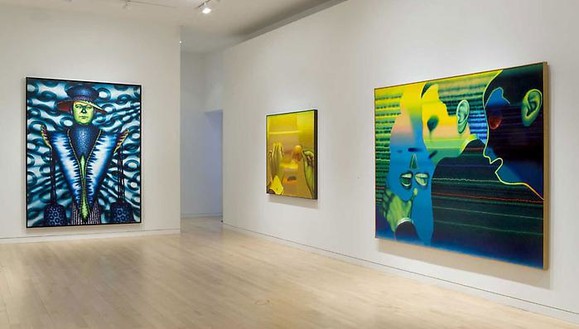 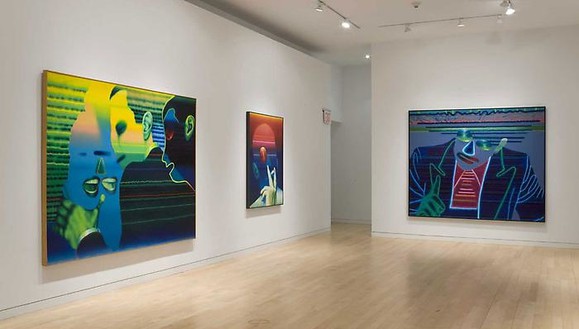 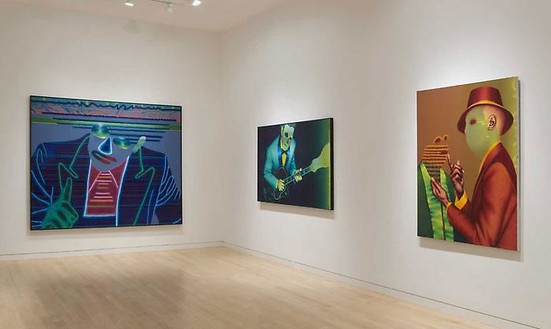 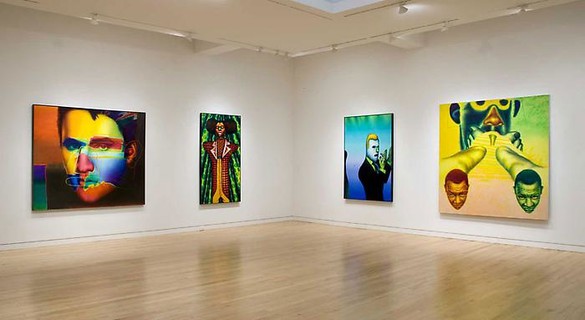 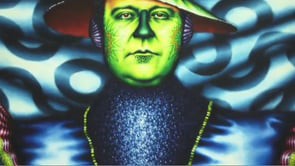 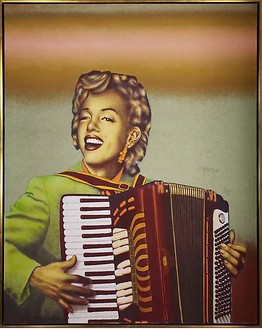 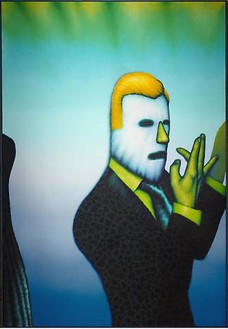 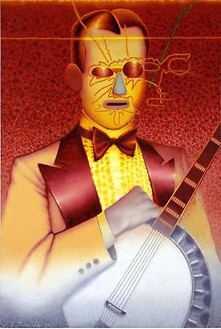 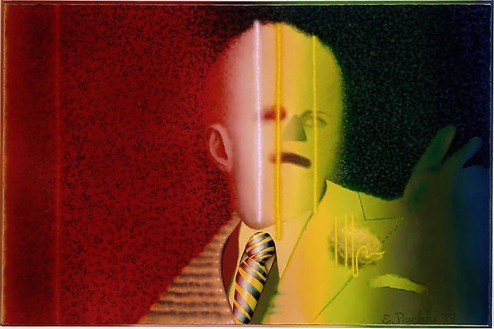 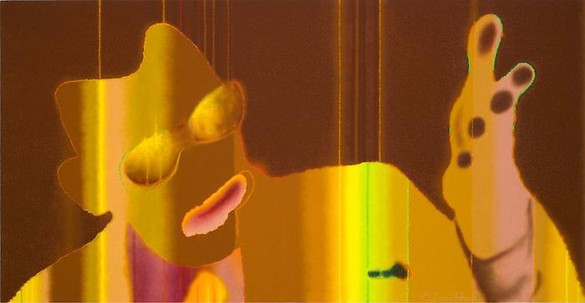 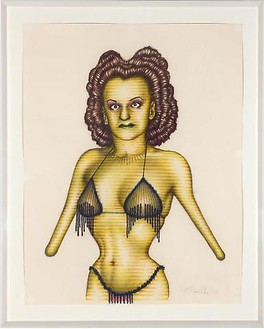 Central to my work is what I refer to as the law of opposites; I believe that there are polarities between things […] Positive/negative, the idea of pacing a painting in terms of complexity and simplicity, the idea of public versus private, are elements that have always interested me and that I've always tried in some way to build into the character of the paintings.
—Ed Paschke

Ed Paschke taught me what it meant to be a professional artist. His paintings are like drugs, but in a good way: they are among the strongest physical images that I've ever seen. Their effect is neurological.
—Jeff Koons

Gagosian Gallery is pleased to present an exhibition of the work of Ed Paschke, curated by Jeff Koons. As a student, Koons admired Paschke's work and became his assistant in Chicago in the mid-1970s while attending the School of the Art Institute of Chicago. Paschke would prove to be an important mentor and formative inspiration for the young artist. The exhibition includes loans from key public and private collections in the U.S. and abroad, as well as rarely seen works from the Ed Paschke Foundation.

Born in Chicago in 1939, Paschke studied at the School of the Art Institute of Chicago during the height of the Imagist movement in the late fifties, while supporting himself as a commercial artist. He avidly collected photograph-related visual media in all its forms, from newspapers, magazines, and posters to film, television, and video, with a preference for imagery that tended toward the risqué and the marginal. Through this he studied the ways in which these media transformed and stylized the experience of reality, which in turn impacted on his consideration of formal and philosophical questions concerning veracity and invention in his own painting. At the same time, he sought living and working situations—from factory hand to psychiatric aide—that would connect him with Chicago's diverse ethnic communities as well as feed his fascination for gritty urban life and human abnormality. Thus he developed a distinctive oeuvre that oscillated between personal and aesthetic introspection and confronting social and cultural values.

In his early paintings Paschke both incorporated and challenged depictions of legendary figures by transforming them into corps exquis, such as Pink Lady (1970) where he set Marilyn Monroe's famous head atop the suited body of an anonymous male accordion player; or Painted Lady (1971) where he redesigned screen legend Claudette Colbert as a tattooed lady fresh from a freak show. Another direction through which he explored the features and quirks of meaning and logic was in paintings of leather accessories interpreted as anthropomorphized fetish objects, such as Hairy Shoes (1971) and Bag Boots (1972). In the decades separating Pink Lady and Matinee (1987), Paschke shifted his interest from print to electronic media and a dazzling spectrum of televisual waves and flashes began to fill the paintings. Forms and images disintegrated, broken apart in the fabric of electronic disturbance and its surface. In Matinee, the face of Elvis Presley is fragmented into a field of glowing swathes of color with lips and eyes alone suggesting the human presence beneath the electronic overlay.

Paschke made use of an overhead projector to layer images, which he then rendered using the traditional and time-consuming medium of oil painting. He began with an underpainting in black and white, then addressed it with refined systems of colored glazing or impasto to enliven the optical and physical textures of his painting. With this original and painstaking process he created a formal parallel with the black-and-white-to-color progression in the historical development of printing, film, and television images, at the same time moving the subject matter from the particular to the non-specific to allow a wider range of interpretation. In his later work, once again forms became more solidified, moving back towards certain kinds of psychologized presences and the edgy tension that characterized his earlier work.

Unlike most of his Pop predecessors with their unthreatening embrace of popular culture, Paschke gravitated towards the images that exemplified the underside of American values — fame, violence, sex, and money – a preference that he shared with Andy Warhol, who was one of his foremost inspirations. Although long considered to be an artist of his own time and place, his explorations of the archetypes and clichés of media identity prefigured the appropriative gestures of the "Pictures Generation," and for a new generation of global artists his totemic, eye-popping paintings have come to embody the essence of cosmopolitan art.

The exhibition is accompanied by a fully illustrated catalogue, which includes essays by Jeff Koons and art critic Dave Hickey as well as reprints of important essays by the Chicago critic and art historian Dennis Adrian and New Museum curator Richard Flood.

Concurrent with this exhibition, Russell Bowman Art Advisory is presenting the survey exhibition "Ed Paschke's Women" in Chicago from March 26 through May 22, 2010.