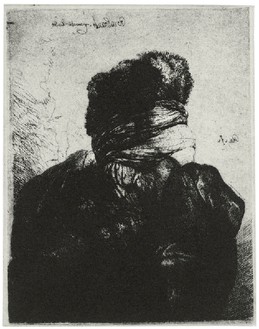 As time has gone on, I have increasingly detached myself from contemporary art. I still look at a lot, but I am far more drawn to the preceding five hundred years of the history of painting. It seems very short-sighted just to look at the history of the past few years when there is a much longer history to draw on. I don’t really believe in cultural evolution or a cultural progression. I think we just move around on a surface of intellectual debate. The way that Guido Reni described the human condition, which was rather kitsch and overwrought in many ways, informs me more than much contemporary painting ever could.
—Glenn Brown

Gagosian is pleased to present an exhibition of etchings and sculpture by Glenn Brown.

Brown’s Mannerist impulses produce complex and unsettling images inspired by his recollections of art of different historical eras fused with the culture of the present. In these startling visual hybrids, familiar forms and motifs can be detected, but they are imbued with a grotesque otherworldliness. Best known for his elaborately worked paintings, Brown has taken up the medium of etching to further intensify his engagement with the texture of surfaces and mark making. In doing so, he offers a bold reinterpretation of the nineteenth-century tradition of copying historical subjects as a learning process.

Taking portraits by Urs Graf, Lucien Freud, and Rembrandt as inspiration, Brown scans the images and digitally manipulates them. He overlays a number of the scanned portraits to create composites. The composites are in turn used to produce a series of printing plates. These plates are used in combination to create the final etchings, layers upon layers of black ink. Some etchings comprise up to fifteen different original source images. Using this intricate and time-intensive procedure, Brown collapses many different reproductive processes into single inky, spectral images, as seen in his Layered Portrait (After Lucien Freud), Layered Portrait (After Rembrandt), and Layered Portrait (After Urs Graf) (all 2008). By conflating the source images—and thus copying and erasing them concurrently—Brown creates entirely new portraits or, rather “anti-portraits,” where past and present are accreted into dense palimpsests, at once familiar and alien. 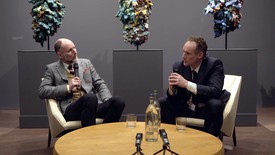 Touching on everything from the politics of taste to the vibratory character of lines, Glenn Brown and Xavier Bray, the director of the Wallace Collection, discuss Brown’s exhibition, Come to Dust, in London. 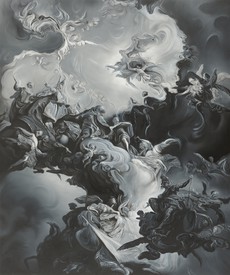 With preparations underway for an exhibition in London, Glenn Brown sat down with author Hari Kunzru to discuss the process behind Brown’s artmaking, the idea of the copy, and surprising overlaps between creating visual and literary works. 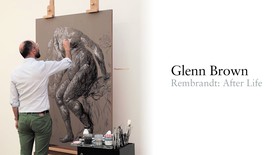 In this short film, Glenn Brown demonstrates his process in creating the works for an exhibition at the Rembrandt House Museum, Amsterdam. 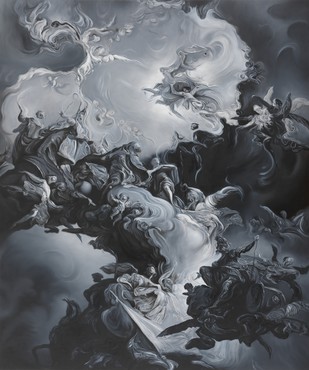 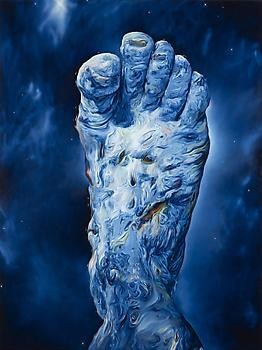 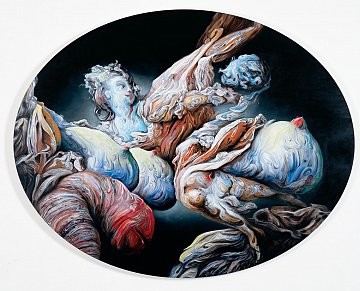