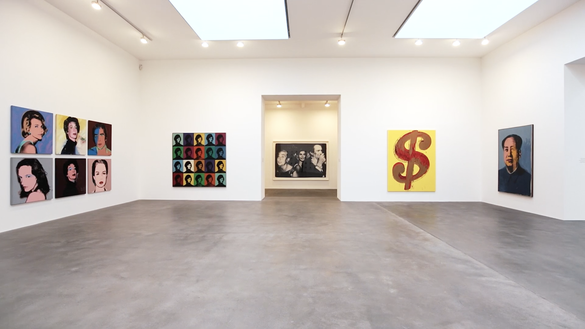 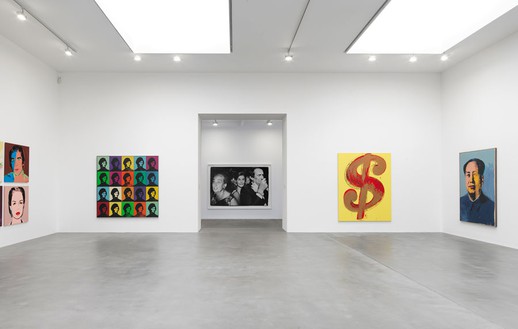 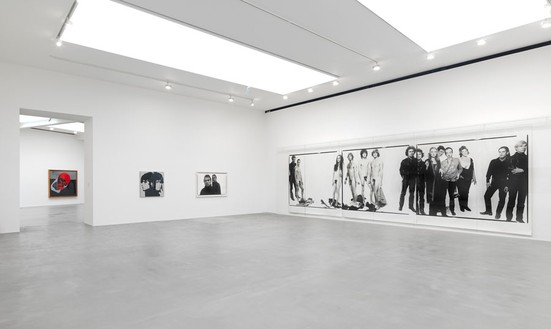 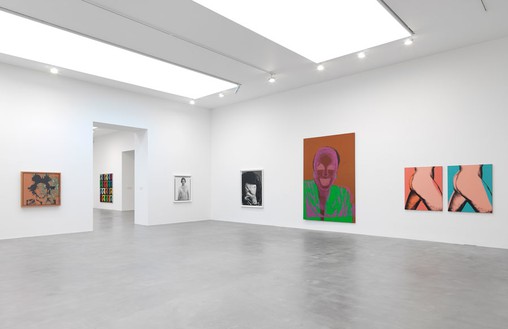 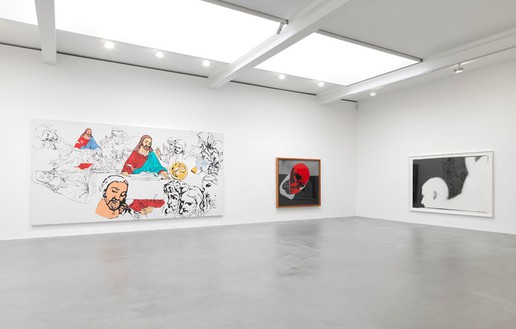 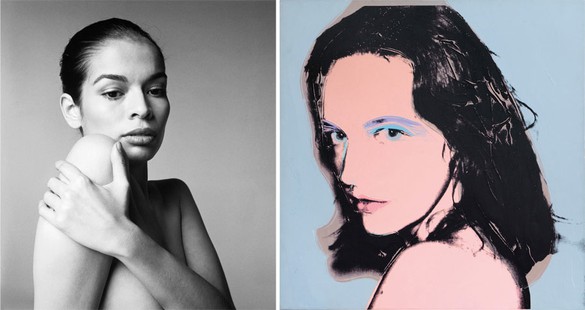 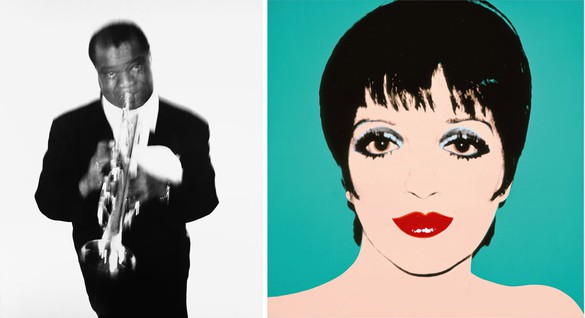 My camera and I, together we have the power to confer or to take away.
—Richard Avedon

They always say that time changes things, but you actually have to change them yourself.
—Andy Warhol

Gagosian London is pleased to present the first major exhibition to pair works by Richard Avedon and Andy Warhol. Both artists rose to prominence in postwar America with parallel artistic output that occasionally overlapped. Their most memorable images, produced in response to changing cultural mores, are icons of the twentieth century.

Portraiture was a shared focus of both artists, and they made use of repetition and serialization: Avedon through the reproducible medium of photography, and in his group photographs, for which he meticulously positioned, collaged, and reordered images; Warhol in his method of stacked screenprinting, which enabled the consistent reproduction of an image. Avedon’s distinctive gelatin-silver prints and Warhol’s boldly colored silkscreens variously depict many of the same recognizable faces, including Marella Agnelli, Bianca Jagger, Jacqueline Kennedy, Marilyn Monroe, and Rudolf Nureyev.

Both Avedon and Warhol came from modest beginnings and had tremendous commercial success working for major magazines in New York beginning in the 1940s. The 1960s marked artistic turning points for both artists as they increasingly moved away from strictly commercial work toward their mature independent styles. The works in the exhibition, which date from the 1950s through the 1990s, emphasize such common themes as social and political power, the evolving acceptance of cultural differences, the inevitability of mortality, and the glamour and despair of celebrity.

Each gallery will juxtapose works that underscore these themes, beginning with The Family (1976), Avedon’s ambitious conceptual portrayal of sixty-nine individuals at the epicenter of American politics at the time, together with Warhol’s monumental portrait of the revolutionary Mao Tse-tung, Mao (1972). In both works, little emotion or expression is revealed in the sitters’ faces or postures. Such deadpan was a mark of Pop art ambivalence, more commonly associated with Warhol but equally applicable in this instance to Avedon.

Both artists sought out individuals who were outside, as well as inside, the mainstream. For Avedon, this resulted in the larger-than-life-size mural of Andy Warhol and Members of the Factory (1969), who represented the heart of New York subculture and incarnated the sexual and cultural revolution. Meanwhile, Warhol memorialized the beauty of drag queens—whom he once described as “ambulatory archives of ideal moviestar womanhood”—in his pioneering series of silkscreens, Ladies and Gentlemen (1975).

The third gallery contains an extended meditation on the darker side of human existence, as well as its potential salvation: Warhol’s Skull and Guns paintings are juxtaposed with photographs from Avedon’s Brandenburg Gate portfolio, taken during the fall of the Berlin Wall in 1989.

Finally, celebrity was a topic that was equally explored by both artists: Avedon in his iconic images of Brigitte Bardot (1959) and Audrey Hepburn (1967), and Warhol in his dramatically rendered superstars, such as Double Elvis (1963) and Four Marilyns (Reversal Series) (1986). Driven by their cosmopolitan awareness and mindfulness of the potential for their work to provoke change, as well as their diverse cast of modern muses, Avedon and Warhol harnessed the power of images to reflect the revolutionary social attitudes of their time.

A fully illustrated publication accompanying the exhibition will include essays by Michael Bracewell and Ara H. Merjian, as well as a chronology documenting the artists’ careers and points of intersection.