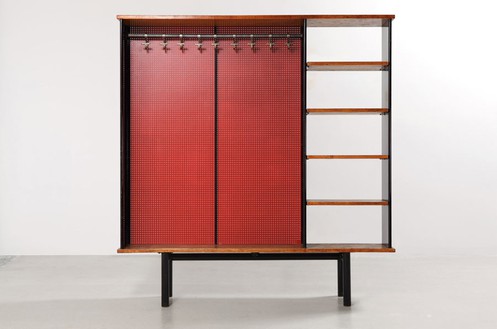 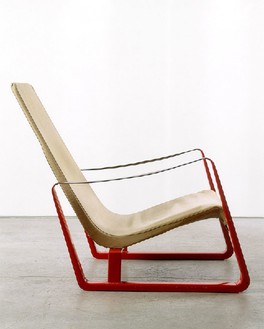 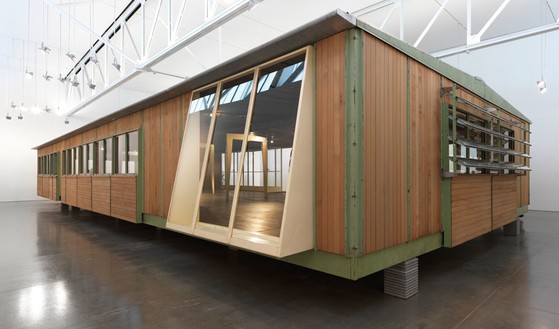 Jean Prouvé was born in Nancy, France in 1901, where he died in 1984. He is widely acknowledged as one of the twentieth century's most important and influential designers whose wide-ranging oeuvre combined bold elegance with economy of means and strong social conscience. Working as a craftsman, designer, manufacturer, architect, teacher, and engineer, his career spanned more than sixty years, during which time he produced prefabricated houses, building components and facades, as well as furniture for the home, office and school. Prouvé has played a pivotal role in the development of cutting-edge technology and modular systems for mass production in the post-war modernist period.

Prouvé trained as an artisan blacksmith and his intimate knowledge of metal remained the foundation of his work and career. Aware of the limitations of ornamental and wrought-iron work and keen to embrace the modern movement, he moved on to steel and aluminum, folding and arc-welding. In 1931 he established the Atelier Jean Prouvé, where he began to produce light-weight metal furniture of his own design, as well as collaborating with some of the best-known designers of his time, including Le Corbusier and Charlotte Perriand. Furniture production became a core part of his business. He favored the public sector in the growing areas of health, education and administration, which reflected a social ideal but also offered the economies of scale. By 1936 he was producing a catalogue of standard models for hospitals, schools and offices. The potential for mass production inspired Prouvé to develop and patent industrial products using folded sheet metal for the construction of buildings. These included movable partitioning, metal doors and elevator cages.

The onset of WWII and the age of austerity that followed marked a period of enforced experiment for Prouvé and in 1947 he moved his operations to Maxéville, just outside Nancy. With his own design studio, he could combine research, prototype development and production. At Maxéville he set about fulfilling his ambitious plan to alter the building process from a craft-based practice to that of a mechanized industry, producing not only houses, prefabricated huts, doors, windows, roof elements and façade panels but also a production line for furniture based on his own designs. It was in this creative environment that the prefabricated refugee houses of 1945 were developed, followed by the flat-packed, tropical houses for Niger and the Republic of Congo in 1949 and 1950. 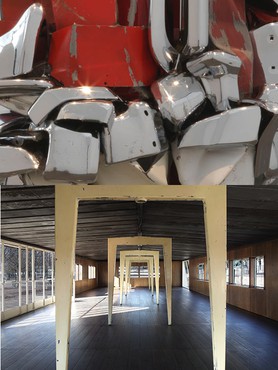 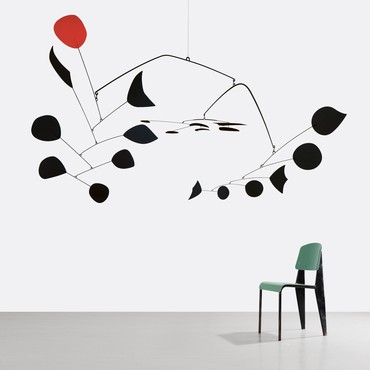 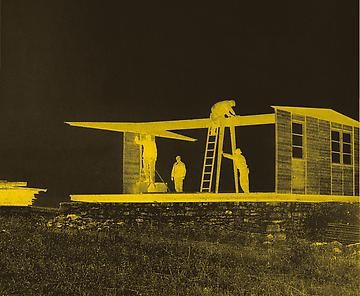