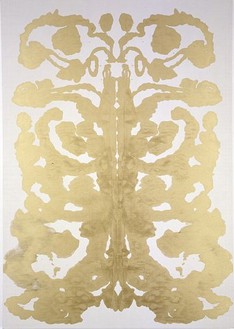 Painted in 1984, Warhol created the series specifically so that the paintings could be analyzed. "I was trying to do these to actually read into them and write about them, but I never really had the time to do that. So I was going to hire somebody to read into them, to pretend it was me, so that they'd be a little more . . . interesting."*

A catalogue with an essay by Rosalind Krauss published by Gagosian Gallery will accompany the exhibition.