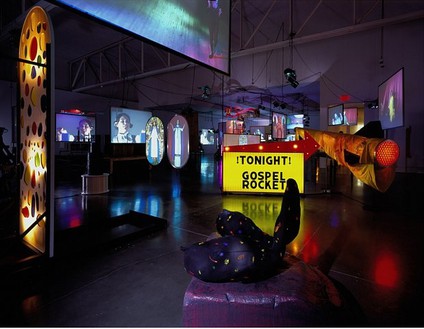 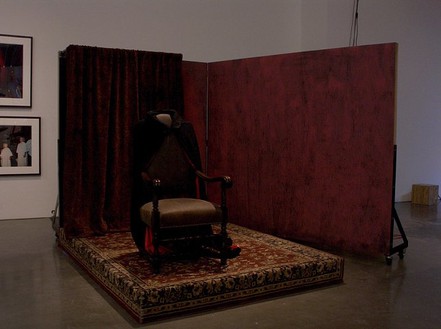 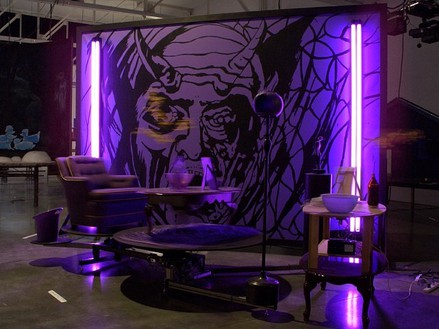 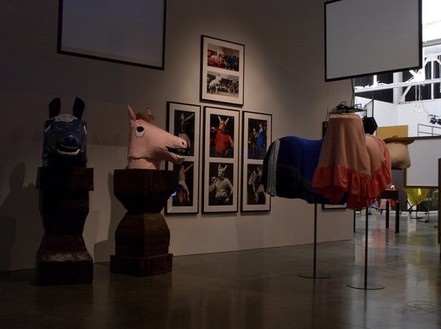 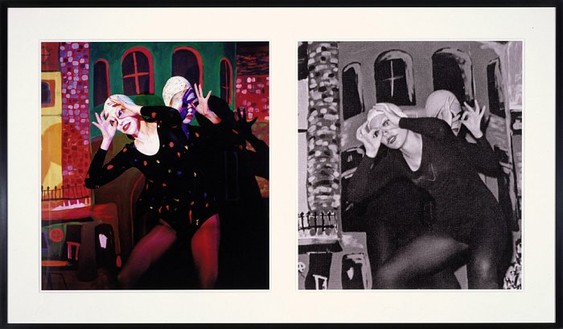 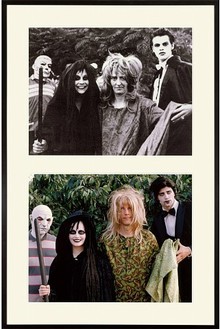 Gagosian Gallery is pleased to announce an exhibition of new work by Mike Kelley. "Day Is Done" is Kelley's first New York exhibition since 2002.

"Day Is Done" is a feature-length "musical" composed of thirty-two separate video chapters. Each section is a live-action recreation of a photograph of an "extracurricular activity" found in a high school yearbook. Over the years Mike Kelley has collected hundreds of such images and arranged them into rough categories. Most of the imagery is immediately recognizable as standard forms of folk entertainment: plays, follies, theme dress-up days, holiday festivities, religious spectacles, hazing rituals, etc. Such activities serve as carnivalesque disruptions of the normal school schedule, mirroring the function of such events in the broader cultural arena. Many of them, such as Halloween and Christmas-related activities, are secular outgrowths of pagan ritual.

Unlike "Extracurricular Activity Projective Reconstruction #1 (A Domestic Scene)," which is a thirty minute drama based on a single photograph of a stage play, "Day Is Done" is multipart with iconography derived from the image files Kelley has labelled such as: religious performances, thugs, dance numbers, hicks, and hillbillies, Halloween and gothic style, satanic imagery, and equestrian events. The artist chose to work with such a diverse set of images in order to force himself to create a longer, more complex, video work somewhat akin to traditional filmic narratives employing montage. Though not a traditional narrative, "Day Is Done" employs recurring characters, intimations of simultaneous action, and some semblance of narrative flow.

"Day Is Done" will exist in several different forms. The one being shown at Gagosian Gallery is a large-scale video installation consisting of sets and projection screens. Various scenes will be plrogrammed to turn off and on prompting the viewer to follow the action throughout the presentational space. Several scenes will run simultaneously in order to promote the effect of filmic cross-cutting in actual space.

Mike Kelley was born in Detroit, MI in 1954 and currently lives and works in Los Angeles. He is a graduate of the California Institute of the Arts and the University of Michigan. His solo exhibitions include: The Tate Liverpool (2004), Museu D'art Contemporani, Barcelona (1997), Whitney Museum of American Art, New York and Los Angeles County Museum of Art (1993), and the Hirshhorn Museum, Washington, D.C. (1991). 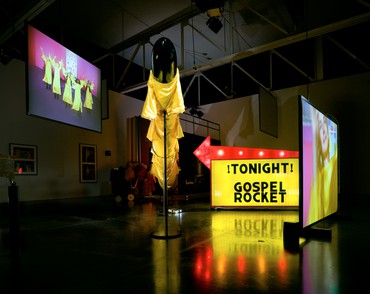 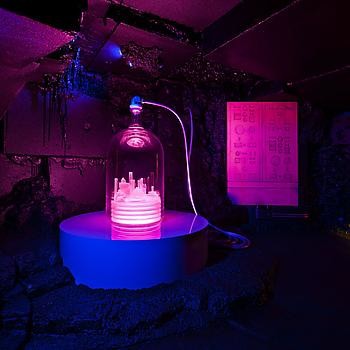 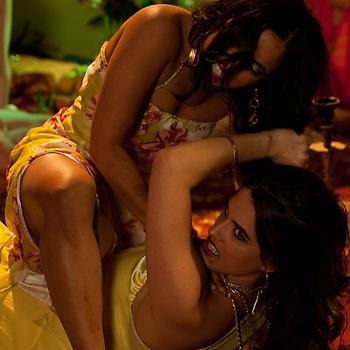 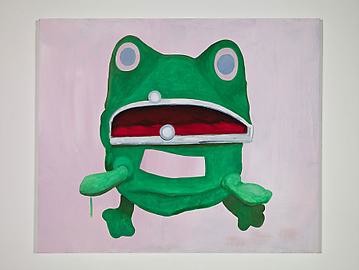